According to the DigiTimes media, the mass production of the 14 and 16-inch MacBook Pros that we have been rumored for so many months has just started. The well-known MacRumors echoes the news that indicates the start of this production by Apple’s suppliers and that the figure of up to 800,000 monthly shipments of these new MacBooks is expected to be reached next November.

Of course the figures are high and taking into account the success obtained by the new Macs with M1 processors we have no doubt that the sales trend will continue to be high in the coming times. Apple seems to be convinced of this too.

An end of the year with a multitude of launches

We can not complain about the Apple launches in recent times and it is that actually almost all year we have new products. In fact, this is something normal seeing the market trend and there are more and more users who have Apple products, so the firm continues to launch new features to hook more and more its customers.

In this sense, a hectic end of the year is expected in terms of news and in addition to these new 14 and 16-inch MacBook Pro with a new mini-LED screen, an improved design and possibly a more powerful processor, the arrival of new iPhone, Apple Watch and some new AirPods … Actually awaits us an end of the year with numerous products And as usual in Apple, surely all of them have that “something” that makes us want to buy them or change them for the ones we already have today. 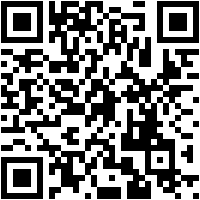 The apps to turn your iPad into a real teleprompter

So you can know if your Touch ID has been damaged

How to Limit App Usage Time on iPhone