Microsoft Word is a tremendously complex program. Not when it comes to its interface and its learning curve, which are designed so that practically anyone can start working with it almost immediately. No, I mean that, behind that design intended to be simple, hides an endless list of functions that, in many cases, require the user to spend a good time exploring menus and others to find them.

This is not the exclusive property of Word, of course, it also occurs with other Microsoft Office applications, such as the Excel spreadsheet, and also with other word processors, which they seek the difficult balance between an interface that is as simple as possible and a large number of functions to meet the needs of most users. The consequence is that, as a general rule, and due to the first of the two premises, many functions and tools are “hidden”, so that users are not even aware of their existence, despite the fact that they could fit like a glove. in your needs.

Thus, just like last week we told you about some Excel functions that are not known by most, today we will rummage through the guts of Microsoft Word in search of and capture those functions that, despite being exceptionally practical, they are not well known. Surely, among them, you will find some that you did not know and that you find useful… unless you are a “pro” of Word, in which case we invite you to share your favorite Word trick in the comments, we are looking forward to reading them! !

Uppercase to lowercase (and vice versa)

Although it is visually unpleasant, sometimes it is necessary to write a text using only capital letters. And, on the other hand, sometimes it happens that we receive a document written completely in capital letters for no reason. For both cases, the good news is that Word has a function that allows us to quickly switch between one style and the other.

As you may have already guessed, with the “Sentence Type” style, the text will be converted to lowercase, with the only exception of the first letter after each period.

Do you want a document to show your logo, brand or any other element, be it an image or text, as a watermark, in the background of the pages? Well, in reality it is very simple, since Word has a function for this purpose. To find it, start by clicking on “Design” in the top bar, and then click on 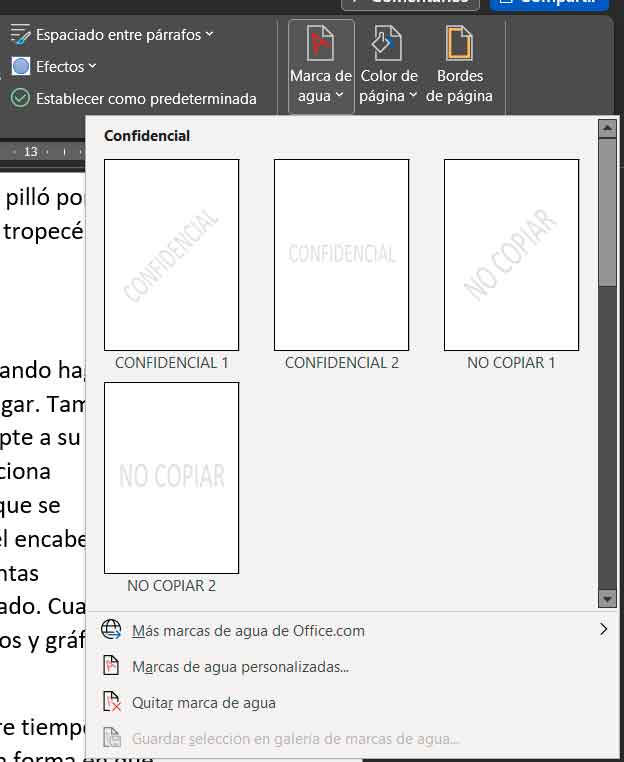 As you can see, Word will offer you some texts that you can use as a watermark, but to use an image you will have to click on “Custom watermarks” and, in the dialog that will appear, select “Image watermark” and click the “Select Image” button. Then choose “From a file” and browse the contents of your PC until you find the image. Select it, confirm the dialogs and, automatically, it will be displayed as the background on all the pages of the document: 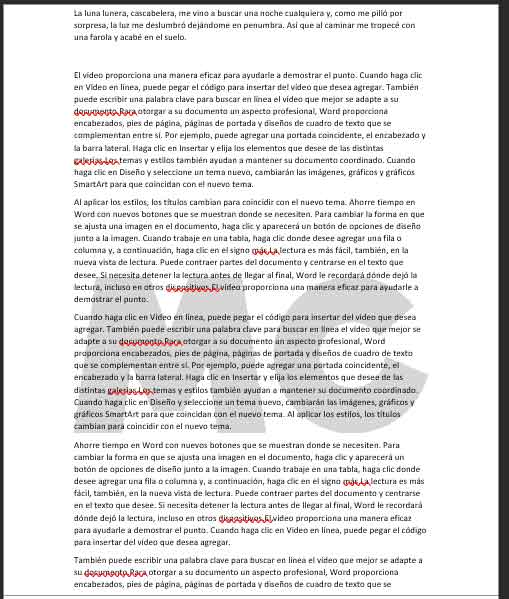 Surely on some occasion you have wanted to design a document and, for this purpose, you have needed to fill it with false text to check its appearance. The most common thing is to start hitting the keyboard, but the problem is that the result does not usually correspond to that of a real text, in terms of the distribution of sentences by paragraphs, long and short words, etc. Another option is to copy and paste a text with another origin, but for this we will have to search for it previously, make sure that there are no traces of it later, etc.

But did you know that Word has not one, but two functions to generate fake text? And they’re so easy to use that you won’t even have to navigate through menus. You will only have to write a command in the document itself, and the text will be generated automatically:

The second function is very similar, but with one caveat, and that is that instead of text in Spanish (or in the language in which Word is configured, of course), it will use a text that is well known among designers, the more than popular Lorem ipsum . In this case, the command that we will have to use is the following:

=lorem(p,F) where p is equal to the number of paragraphs you want to add, and F is the number of sentences you want to make up each paragraph. In other words, its operation is identical to that of rand, but with the exception that it will generate a lorem ipsum type text.

As polyglot as we may be, there are times when we prefer to read a document in our language, even with an imperfect translation, than in its original language. And there are times when we receive documents in languages ​​that we are completely unfamiliar with, forcing us to copy the text, open the browser, go to an online translator and paste the text, with the problem that we will lose the text formats.

Now, well, in reality all this operation is unnecessary, since Word incorporates a translation function that will allow you to translate both a specific part of a document and an entire document. If you want to translate a fragment select it, but for the complete document you don’t need to do it. Then select «Review» in the lower menu and choose the desired option in the section 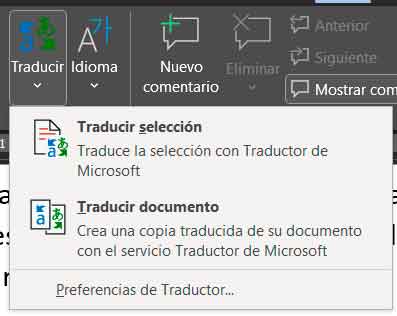 A recurring search on the Internet, for many years now, is how to edit the content of a document in PDF format. Over the years, many applications have been published for this purpose, and for some time now, online services that allow you to modify the content of a PDF document have also proliferated.

What you may not know is that, natively, Microsoft Word also has this function, that is, you can open a document in PDF format as if it were a text document in another format (Doc, Docx, RTF, TXT, etc. ) and work on it normally. The only difference is that when you try to open it, Word will show you a message indicating that the conversion may take time

Confirm that you want to continue with the operation and, after this conversion process (which is usually quite fast), you will be able to work on the document normally. This, combined with Word’s ability to export a document as a PDF, will allow you to return it to its original format once you’re done editing it.

iOS 15.4: the new update allows you to unlock your iPhone with a mask

Three mistakes that can ruin your Wi-Fi connection