A new 5D storage technique could store up to 500 Tbytes of data on a glass disc of a physical size similar to that of a CD. To put the data in perspective, point out that it would be 10,000 times more than the optical medium with the highest capacity, a 50 Gbyte Blu-ray.

The new technique has been developed by researchers at the University of Southampton in the UK using “Fast and energy efficient laser writing” for etching high-density nanostructures on silica glass.

The team says the extremely high information density is made possible by a 5D storage technique that uses two optical dimensions and three spatial dimensions. While this isn’t the first time someone has tried this approach, the researchers say previous attempts were too slow to write data for practical use.

The new method is faster… but it is still a relative term. In theory, at a recording speed of about 230 kilobytes of data per second (the maximum it is currently capable of) it would take around 60 non-stop days to write the 500 TB of data. And so far it has only been practically demonstrated with about 5 Gbytes of data.

In other words, the goal is not necessarily to replace CDs, DVDs, or Blu-Rays for home use, and in any case these optical media are largely being replaced by NAND flash memory-based storage drives and all that comes along. of cloud storage. Instead, the researchers say this solution could be used by libraries, museums, national archives, or other organizations looking for long term solutions to store the vast amounts of data that humanity generates.

Although cloud servers manage (for now) to save the generated data, they are really just temporary solutions based on legacy storage technology. For future data storage you need something much more robust. And this is where this 5D storage comes in.

Glass is a viable solution that other research teams have already used, but the problem remains to increase the writing speed of lasers to fill such massive capacity. They will also need to find a faster way to read the dataIt’s before this method becomes a practical storage solution before more advanced ones arrive in a few decades.

DNA for the future

DNA storage is a science fiction project that groups of scientists have been working on for five years. This biological storage treats DNA like any other digital storage device. Instead of binary data that is encoded as magnetic regions on a hard drive platter, DNA strands are synthesized that store 96 bits where each of the bases (TGAC) represents a binary value (T and G = 1, A and C = 0). 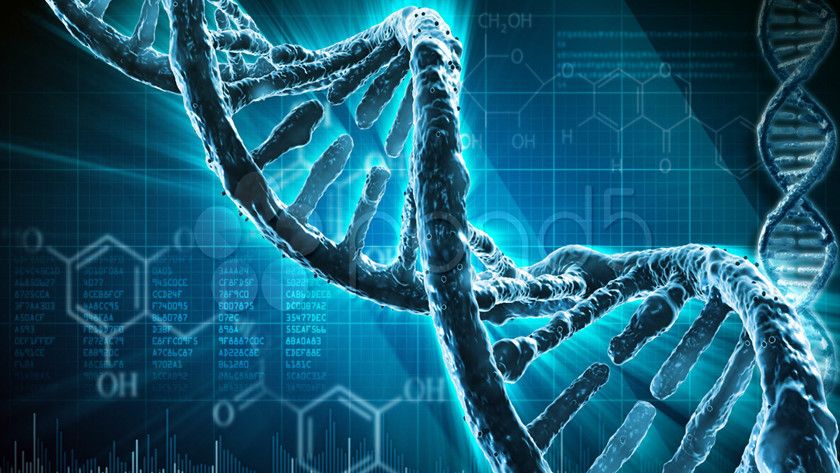 Its capacity is amazing and leaves everything known to the ground, including the 5D storage that we talk about in this article since one gram of DNA would allow us to store 1,000 million Tbytes. In addition to capacity, it would be a memory with zero energy consumption, it could survive unalterable for thousands of years and the technology could be used as long as life existed on Earth, something that no other type of “material” can offer.

All this in theory because the research is in its infancy and has its complications. DNA cannot be rewritten and new sequences would have to be created permanently if we wanted to use it -for example- as a hard drive. The cost of genetic sequencing and oligonucleotide preparation must also be lowered. In decades (or centuries) its scope will be seen.