From being on the lips of some passionate about new technologies, the “metaverse” has become the buzzword. And not so much because of the novelty of an idea that already has a few decades behind it, but because of the “sudden” voracity of some technology companies that are preparing to terminate the web as we know it and then build (and fight to be controlled) this ralternative reality.

We owe to Neal stepheson and his science fiction novel “Snowcrash” (1992), the invention of a term that describes an immersive and multisensory experience in the applied use of various devices and technological developments on the Internet and that includes the massive use of technologies such as virtual reality, augmented and extended reality, holograms and avatars, etc.

If this definition is familiar to you, it is because the metaverse has been played in popular culture since the 1980s. Films like “Tron” (1982), “Total Challenge” (1990), or “The Matrix” (1999) and books like “Ready player one” (2011) they have been promising us a future for more than thirty years that is neither there nor expected… in the short term.

The origin of what companies like Meta now promise us can be found in a “Second Life” that premiered on the Internet in 2003. Developed by Linden Labs, this huge virtual universe had more than 20 million users at its best At the time, and among other things, it allowed to hold live concerts, political rallies (famous was the former deputy of the United Left, Gaspar Llamazares), in addition to buying and selling land on which players could build their houses. Large companies like Sony, Coca Cola or Microsoft bought a presence in that virtual world and even countries like Sweden opened their own embassy.

As money calls money, in the heat of Second Life stores such as American Apparel or Reebok, the Starwood & Resorts hotel chain, or even virtual banks such as Ginko Financial arrived, promising users interest in more than 40%, at the same time that he lent money with interests close to usury. By 2007 however, a large part of the users had left the platform. The reason? That beyond walking around that online world, there was not much else to do. Interactive content and a true experience were missing.

In this sense, and as reflected in a popular Wired article at the time, Second Life’s failure was due to the fact that most of its visitors “only seek to get free money or practicing sexual perversions. That is why the most visited sites are Money Island (where the official currency of the game is bought and sold) and Sexy Beach ”.

Seen in perspective, it is easy to conclude that technology in 2007 was probably not ready to deliver what it promised. The question is…Is it now? Because from what we have seen in recent years in the field of virtual and augmented reality, although in some cases it is promising, it still conveys the feeling that there is a lot of work ahead and a very wide room for improvement.

Ads like Meta do in our opinion little more than feed expectations that are impossible to meet in the short term. A good example of this we have in the case of Magic Leap, probably the startup that most hype has generated in the last decade and that after having raised billions of euros from its investors, it ended up presenting a very disappointing first model of AR glasses, which ultimately led to more than a thousand layoffs, the departure of the CEO of the company and having to pivot towards the B2B market.

If for many Meta is basically a smokescreen to hide the “shame” of Facebook (Frances Haugen gave it the final finishing touch in her statement to Congress), others argue that it will not be for money: the new company certainly has the capacity and Resources to at least try it from the only VR device that has proven to have a certain punch in the market: Oculus Quest. 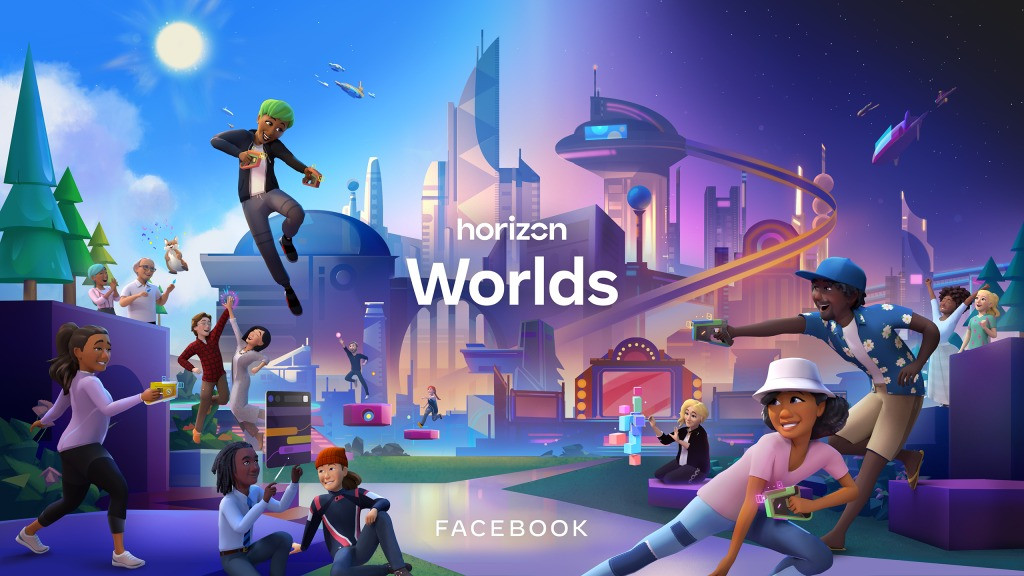 In his vision, the Metaverse resembles what he proposed in 2019 with Facebook Horizon, a space in which “imagination will have no limits” and in which users will be able to walk through completely virtual worlds, buy in stores that only exist in augmented reality or chat with the holograms of people who are thousands of miles away. But since we are talking about Facebook, it will also be a space in which there will be all kinds of micropayments (from changing our avatar’s clothes to acquiring new skills) and of course, nothing prevents it from becoming a gigantic space for advertising in which our personal data will be available to the highest bidder.

This vision, for which Mark Zuckerberg has conveniently avoided setting a deadline or an approximate date, again collides with reality. And we do not say it: someone as little suspicious as John Carmack, Oculus consultant and head of technology explained in the same Meta presentation act, that “the efforts are definitely going to be made, so the big challenge now is to try to take all this energy and make sure it goes towards something positive and we are able to build something that has real value for the user in the short term. Because my concern is that we could go years and employ thousands of people (in the short term the company has already stated that it intends to hire 10,000 people in Europe) and end up with things that did not contribute so much to the forms and use that the people give to devices and hardware nowadays ”. At the same time, the co-creator of Doom, assured that in his opinion the technology that we have at the moment, simply is not up to the challenge that is presented. 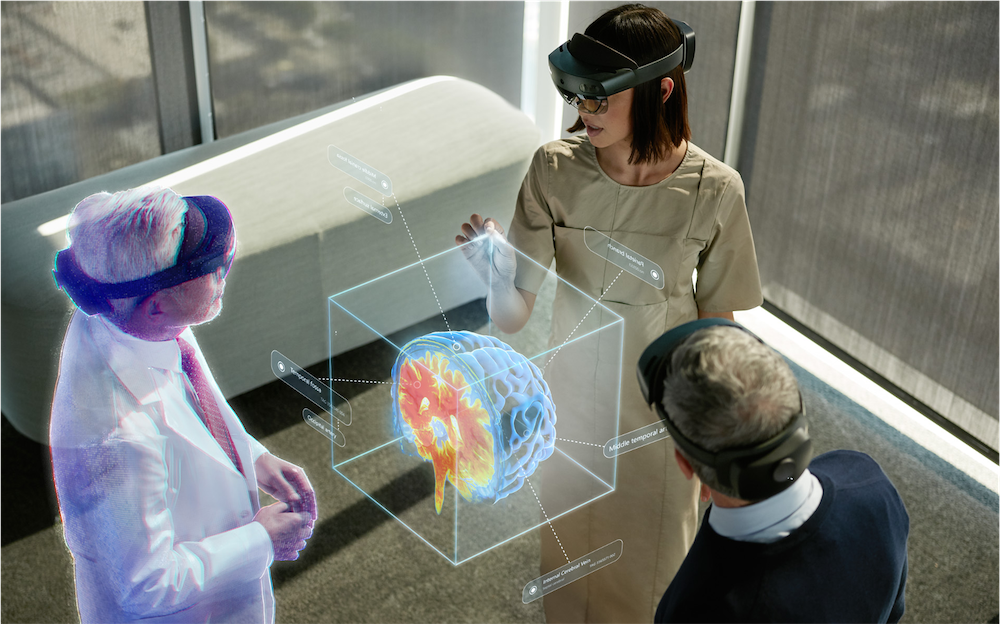 From the metaverse to the multiverse

Although Facebook has been the one that has given the “starting gun” for the conquest of the Metaverse, it is by no means the only company interested in building new “universes” of virtual or augmented reality that convince users to spend more and more weather. In this sense, more than a metaverse itself, the world we are “prophetically” addressing will have several, which may or may not communicate with each other: the multiverse.

In this sense, another of the companies that is doing the most to build this alternative future is Microsoft. As we told you in MCPRO a few days ago, Saya Nadella dedicated a good part of her speech at Ignite 2021 to the development of a Microsoft Cloud that will concentrate a good part of the resources that the company will make available to companies that want to get into this game : digital twins in the cloud, the Microsoft Mesh mixed reality platform, or Dynamics 365 Connected Spaces a new virtual space that, in line with Facebook Horizon Workrooms, changes the way we interact in the corporate sphere.

NVIDIA has also started working on this metaverse for companies, which a few days ago presented the news for Omniverse, a programming kit that allows you to create photorealistic avatars, or develop digital twins, as they have begun to do using their applications, companies such as BMW or Lockheed Martin, where together with the Forest Service of the US Department of Agriculture and the service Colorado Fire Prevention and Control have developed a digital twin of a real forest to study the impact of a potential fire. Cisco, for its part, presented the first beta of its platform a few weeks ago WebEX Hologram a solution agnostic and available for the main AR devices that allows to launch immersive meetings in real time using a hologram system.

But if we return to the entertainment field, we will see that in addition to Meta, there are other companies that are going to play. The one that has stood out the most in this field is Epic Games. The studio responsible for such successful games as Fortnite announced in April of this year that it had raised more than $ 1 billion in a funding round that was aimed at supporting the development of its future metaverse. A few months later, the video game company announced the signing of Matthew henick, vice president of content at Facebook, putting him at the helm of its new metaverse apps division.

At the same time Roblox, the company whose video game development platform is the closest we have today to that metaverse “that everyone talks about” published on its corporate blog last September the launch of “Spatial Voice” a feature that allows any player to talk to anyone else, in any game or virtual experience.

Finally, it is worth noting that for next year Apple is expected to present its first VR / AR device and presumably, the platform that will accompany the new experience. Who knows if then, the financial muscle and market penetration that those of Cupertino have, could serve as a boost for the entire ecosystem.

The handling of the Ericsson scandal in Iraq angers its shareholders