Tune your guitar with the help of a Raspberry Pi

Today, in projects that you would never have imagined, we are going to show you one that will surely attract your attention as well as us. Because what this user did has a lot of merit: he created a guitar tuner with a Raspberry Pi.

Yes, from the retro emulators, multimedia players and more with a Raspberry Pi we go to one of those that are at least very curious. But before we start, let’s talk a little about the process of tune a musical instrument and especially a guitar.

The guitars, according to the number of strings, represent certain musical notes. In the case of the six strings, these begin with the note Mi and are represented by the letter E. From there, the rest of the strings use other letters and at the end we have EADgbe. Thus, we have the following letter and note scheme:

From here you have to know how each note sounds to be able to tune them correctly. Here the most experienced musician knows exactly how to do it and with a little patience he can do it quickly. However, whoever begins to touch it will look more hesitant and that is why they need some kind of help.

There are different types of guitar tuners. The most common are placed on the strings and as you play and adjust, they indicate the optimum tuning point. But if you want to make the process even easier, this Raspberry Pi-based tuner does the entire process for you. 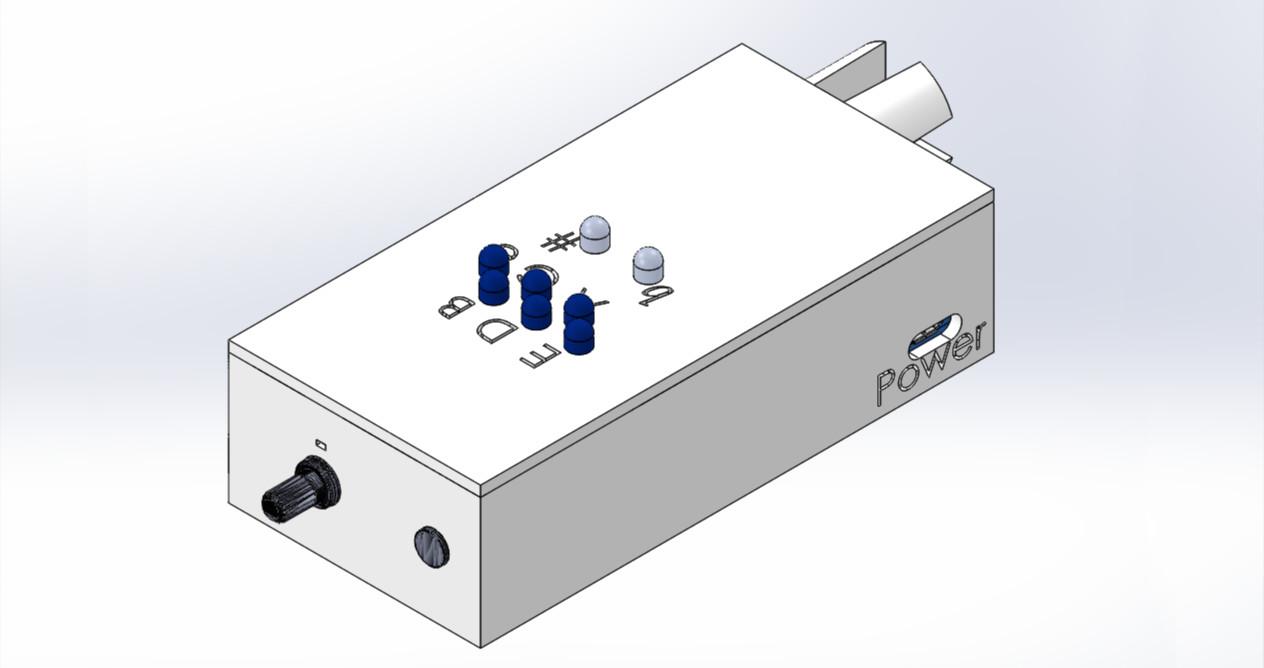 Inspired by a commercial tuner, Jean-Gilles decided to create his own and provide the code and other instructions so that anyone interested in it could build their own. For this, together with software and components, he also added the scheme to print the housing with a 3D printer.

To get started, the tuner uses a Raspberry Pi Pico. This board is the one that controls the motor that will turn each pin the headstock. This is controlled with two buttons that allow you to turn to one or the other side at low speed to have the necessary precision that is required.

Then there is a microphone that grasp the note and analyze in order to be able to find the right tone once it has been selected which note / string is going to be tuned according to the previously seen scheme.

All the materials and documentation needed to carry out this guitar tuner project with a Raspberry Pi can be found on the GitLab page created by Guyrandy Jean-Gilles.

This guitar tuner is not the only interesting project that makes use of a Raspberry Pi. A simple search on the internet gives other types of devices that can help or be interesting for musicians. There are everything from midi controllers to synthesizers and much more.

Therefore, again there are plenty of reasons to recommend the idea of ​​getting a Rasbperry Pi, whatever model it is, to experiment with all these things. Yes, they do require some basic knowledge and a little patience. But it is interesting for a multitude of reasons.

This 2016 Theory Got The Stranger Things Season 4 Finale Right

Amazon doesn’t know what to do with Alexa, Twitter is out of cash, that’s the recap.