A major tech giant in the form of Acer has decided not to waste any time and start using Intel’s ultraportable 12th generation processors. Digging into the details, the PC maker has unveiled new versions of its Swift 5 and Swift 3 laptops, which in turn not only use the new 12th generation Core chips, but also include several updates of their own. In particular, the new Swift 5 has now switched to a display with a 16:10 aspect ratio and a resolution of 2560×1600, which not only helps with vertical content such as documents and websites, but also helps to eliminate the so-called “chin” present on its predecessor with a 16:9 aspect ratio.

The two-tone aluminum body, meanwhile, also gives it a more premium feel. The updated Swift 5 in the maximum configuration may have a 12-core processor, 16 gigabytes of LPDDR5 RAM, and 2 terabytes of SSD storage. It also meets Intel Evo specifications for 10 hours of real-time battery life and fast charging for four hours of use after a 30-minute recharge. Two Thunderbolt 4 ports, two USB 3.2 Gen 1 ports, and one HDMI 2.1 port, in turn, ensure reliable communication with any external connected devices. An equally important point is that the new system is heavier than its predecessor. 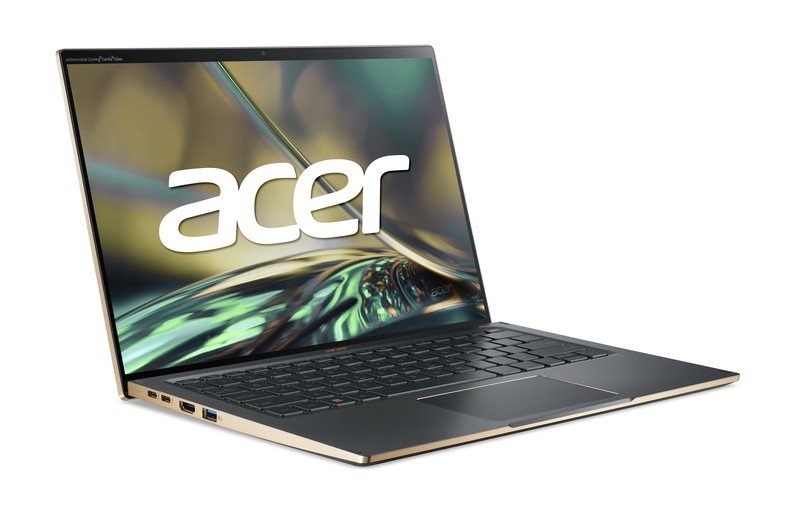 However, this is largely due to the upgraded cooling system, namely the modified dual fans and D6 heat pipes. The laptop also has a “quiet” 1080p webcam, as well as a trackpad made from plastic waste thrown into the ocean. Meanwhile, another new release, Swift 3, boasts slightly more modest updates. In this case, you’ll have to settle for just a 16:9 display with 1080p or 1440p resolution to choose from on this 14-inch system. But you can also have up to 2 terabytes of SSD space, a 30-minute fast charge, and a mix of USB-C, USB-A, and an HDMI 2.1 port. The low-noise, 1080p webcam also makes a leap in this cheaper model. 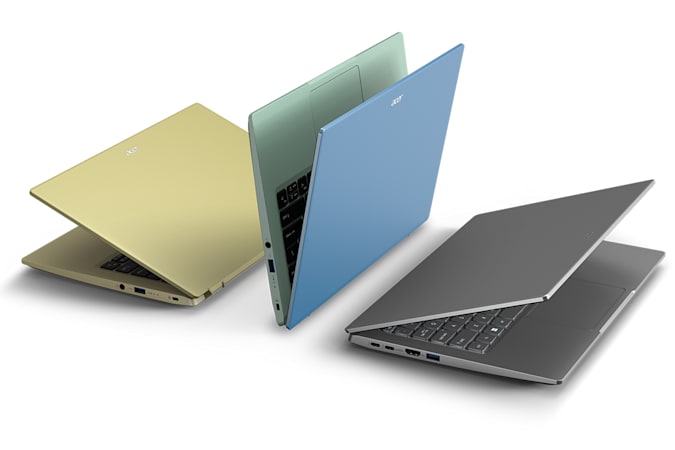 And yes, you will also have several more colorful cases to choose from. Acer will launch its new products on sale only in June, while Swift 5 will cost from $1,499, and Swift 3 from $850. The Swift 5 is priced well above the $1,000 you’d pay for a late 2020 model, but Acer also now seems to be targeting a more upscale audience that won’t compromise.

Two children and two adults found dead in a house: they believe it was murder-suicide

5 things that missed the new Pokemon Scarlet and Violet trailer

Only 18% of Spanish companies are prepared for the future

Epic gets support from Microsoft in its lawsuit against Apple