Nvidia and Intel have just announced their new features, and Acer intends to use them to hunt benchmarks with monstrously powerful Predators.

Little by little, the various manufacturers are starting to unveil the new models which will be added to their catalogs for players; It’s the turn of the new Predators, who will soon join the ranks of machines stamped Alder Lake. This is indeed the common point of the Predator Triton 500 SE, Predator Helio 300 and Nitro 5, which will be able to count on latest generation Intel CPUs to climb the food chain.

The first of these, the Predator Triton 500 SE, is a rather discreet and extremely thin device for its class. But don’t let these measurements mislead you; Under the hood, there is quite simply the best portable hardware out there today.

It will thus be entitled to a very high-end CPU, up to a 12th generation i9 model. A small rectangle of raw power more than enough to explode the FPS counter on the most demanding titles of the moment, provided you are well supported.

And there is nothing to worry about at this level; this Triton 500 SE will be delivered with a dedicated graphics card up to the RTX 3080 Ti. Quite simply the most powerful model available on portable today. The presence of 32 GB of LPDDR5 at very high speed (5200 Mhz after overclock) confirms this identity centered around performance.

A simply brutal technical sheet that promises to turn into a real furnace fairly quickly. Hopefully the Vortex Flow technology and the two AeroBlade fans will be enough to cool the ardor of this monster!

On the other hand, there is something to be a little surprised by its 16 inch panel (2560 x 1600). Admittedly, this culminates at a 240 Hz perfectly suited to competitive games, and the 16:10 format is also excellent at this level. But its response time of 3ms ultimately puts it behind many of its competitors.

This latency is however less important for the content creators who could also be seduced. This Predator has some arguments in this direction, in particular with 100% coverage of the DCI-P3 gamut! On the other hand, artists and gamers alike will be unanimous in welcoming the presence of a 2 TB PCIe Gen 4 SSD.

Connectivity level, we find everything we can expect from such a machine with two USB Type-C 3.2 Gen2 ports compatible with Thunderbolt 4 DisplayPort. The presence of a full-size HDMI 2.1 port is also appreciable. Finally, to maximize gaming performance regardless of the network, it is also equipped with the Intel Killer Wi-Fi 6E 1675 controller. It will therefore be compatible with all new generation network equipment.

Now comes the angry question, because everyone knows that performance has a price, and that it has the annoying habit of inflating outrageously when it comes to a portable device.

The Predator Triton 500 SE will be available in the month of February, from… 3499 euros.

For those who want a device that is slightly less powerful and less expensive, but paradoxically larger, Acer also offers the Predator Helios 300. The philosophy remains the same, namely to play on a portable device without the slightest concession. However, its requirements will have to be lowered a notch. The CPU here will be limited to an i7 core and the graphics card to an RTX 3080. The amount of RAM remains the same with 32 GB, but the frequency is slightly lower (4800 MHz) than on the Triton.

The same goes for the refresh rate of the panel (available in 15.6 inches or 17.3 inches), which drops to 165 Hz. But don’t worry; it is still an extremely powerful machine that will have no trouble devouring the most demanding titles of the moment. And the advantage is that it will be significantly cheaper than the colossus above; this small drop in performance will still save more than a thousand euros! 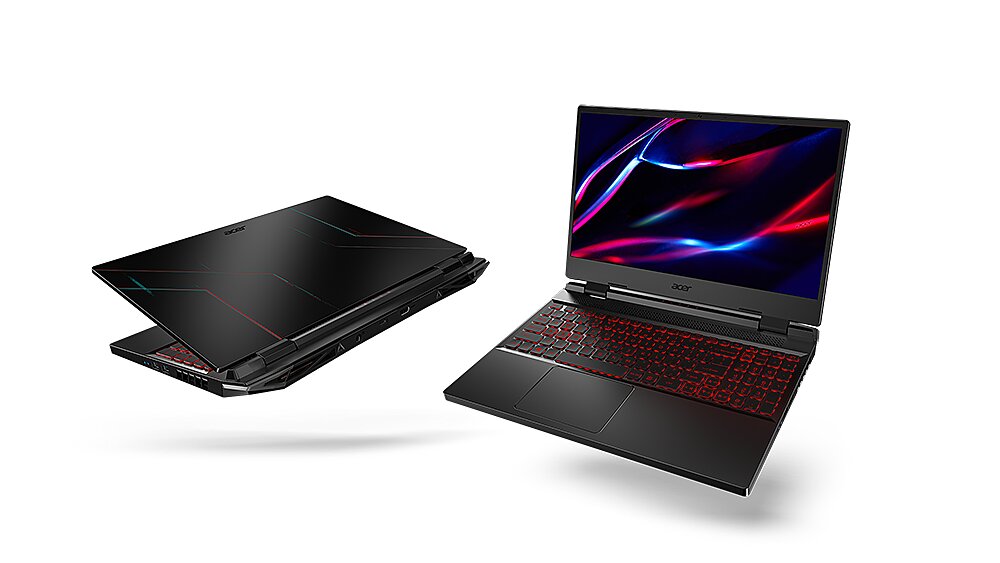 And if you still want to enjoy your games in excellent quality, but with a more reasonable machine, you can go for the Acer Nitro 5. This more “modest” machine will still have a very latest generation processor. 12th Core i7 for Intel enthusiasts, or a Ryzen 6000 Series for AMD fans.

The device will also be entitled to an RTX 3070 Ti portable edition. The whole will be supported by 32 GB of more standard DDR4 RAM, since clocked at 3200 MHz. Another positive point: this Nitro 5 has two M.2 slots (one PCIe Gen 4, and one PCIe Gen 3). Future buyers will have the choice between two different panels, one in FHD 144 Hz and one in QHD 165 Hz. There is therefore plenty of fun on the most demanding titles of the moment without worrying about performance or space. storage.

Here is the price and availability of the different versions of the Nitro 5:

It’s your turn to play as a whistleblower in this addicting game!