That the bubble of the cryptocurrency mining It has exploded is a fact, and since China’s ban on it, many farms have moved their activities to other countries. However, the “cultivation” of Chia has been postulated as the best alternative since a PC with a powerful GPU is not necessary, and in fact it can be “mined” even with low-power equipment since its prospecting is based on storage . The bad part is that the Chia crop “eats” the SSD durability, which is why many manufacturers are launching the market Specific SSD for this, as is the case of ADATA with these new SSDs.

ADATA’s new Prospector 950 SSD is intended, according to their specifications, for mining the Chia cryptocurrency. This SSD allows data writing up to 40 times greater than that of a typical model, since according to the manufacturer it has up to 28,000 TBW in its 1 TB capacity model, a durability that will certainly meet the expectations of any user who intends to use it for Chia.

To generate cultures at high speed, the Prospector 950 uses the M.2 2280 format with a PCIe 3.0 x4 interface, thus reaching read speeds of up to 3,500 MB / s and up to 3,000 MB / s of writing, with a random read and write rate of up to 280K and 220K IOPS respectively, something quite important in Chia cultivation because it allows the traces to be transmitted to several devices simultaneously.

In addition to the extraction of Chia, this SSD is obviously also ideal for other tasks such as video editing, since it allows uploading and downloading large amounts of information in a very short time and without the user having to worry about the durability of the device. use it as a mass storage method. 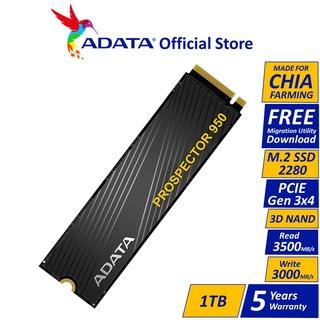 As you can see in the images, ADATA has provided this solid-state device with a light, very thin aluminum heatsink that hardly increases the volume of the device but guarantees operation at low temperatures. At the moment the device is available in capacities of 1 TB with 28,000 TBW and they anticipate the launch of a 2 TB version with 50,000 TBW, but they have not indicated availability dates or prices.

In light of this launch, the ADATA product manager in Argentina has stated the following: “Since the arrival of Chia we have seen a great demand for high capacity SSDs to support a large amount of data writing, which until a few months ago were only available for industrial and server applications. With our new Prospector line we seek to offer an alternative for this market segment that allows mining for long periods of time without having to worry about the useful life of the device and also at a fairly affordable cost ”.

Fix issues that prevent listening to audio in Chrome