The alien brand returns with a mouse, headset and screen designed for performance-conscious gamers.

AlienWare is back to school with new peripherals that will undoubtedly enhance your video game sessions. On the program: a wireless headset and mouse, and a screen to enhance your gaming sessions.

The Alienware Tri-Mode Wireless Gaming Headset is an active noise reduction (ANC) headset, specially designed to promote immersion, whatever your preferred genre. Thanks to its Dolby Atmos certification, it will allow you to spot your opponents with formidable precision or to anticipate the movements in a racing game just by ear, while reproducing the communications of your teammates with fidelity.

It offers several options in terms of connectivity – more precisely three (hence the name) in order to adapt to all environments. It has Bluetooth 5.2, but it will also be possible to use a USB-C dongle provided. Those who wish to use it as a wired headset can fall back on a standard 3.5 mm cable.

Communication will go through a detachable microphone with conventional noise reduction. For the rest, there is a whole set of touch controls directly on the right shell. These obviously include all the standard media controls (volume, track selection, etc.). They also give quick access to the ANC function as well as to AlienFX. 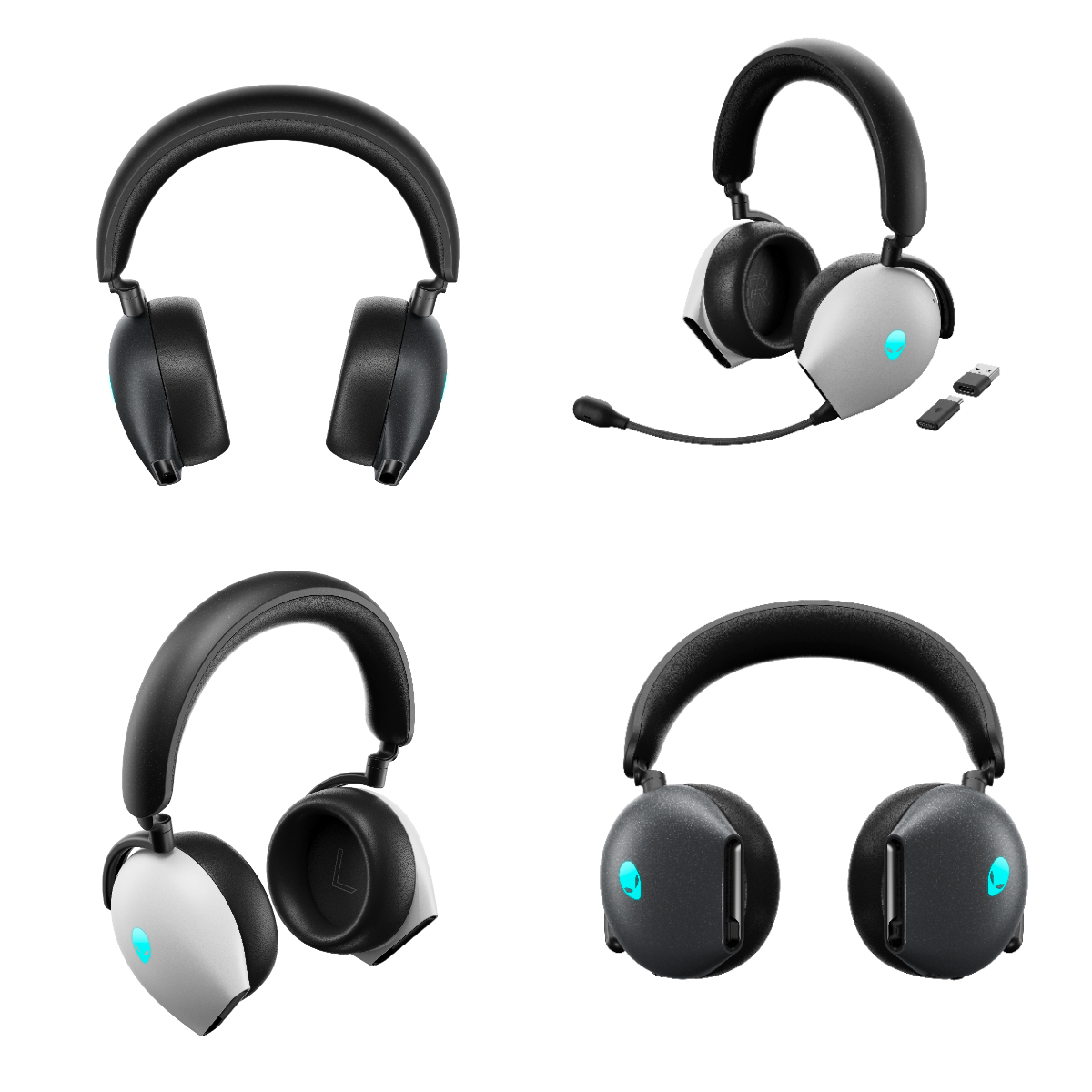 Level autonomy, Alienware announces up to 30 hours of play without interruption (probably less once the ANC activated). It also has a fast charging function by USB-C, which allows it to recover 6 hours of autonomy in 15 minutes of charging.

This mouse uses the same philosophy as the headset above, namely three connectivity options in a single device. Here again, you can choose to connect it either via a specific dongle, or via Bluetooth (but only 5.1 this time), or wired. Note that you will certainly have to choose the dongle or the cable to take advantage of the best possible performance.

In terms of construction, this is a fairly successful sober mouse and quite within the weight standards of its category, with 89g on the scale. Its fairly narrow and slender shape should be ideal for thin hands or those who manipulate their mouse with their fingertips; but since it is ambidextrous, those who are used to resting their entire palm could go for an asymmetrical model. Regardless of your dominant hand, you will in any case be entitled to two fully programmable buttons on the thumb, as well as two more on the other side. 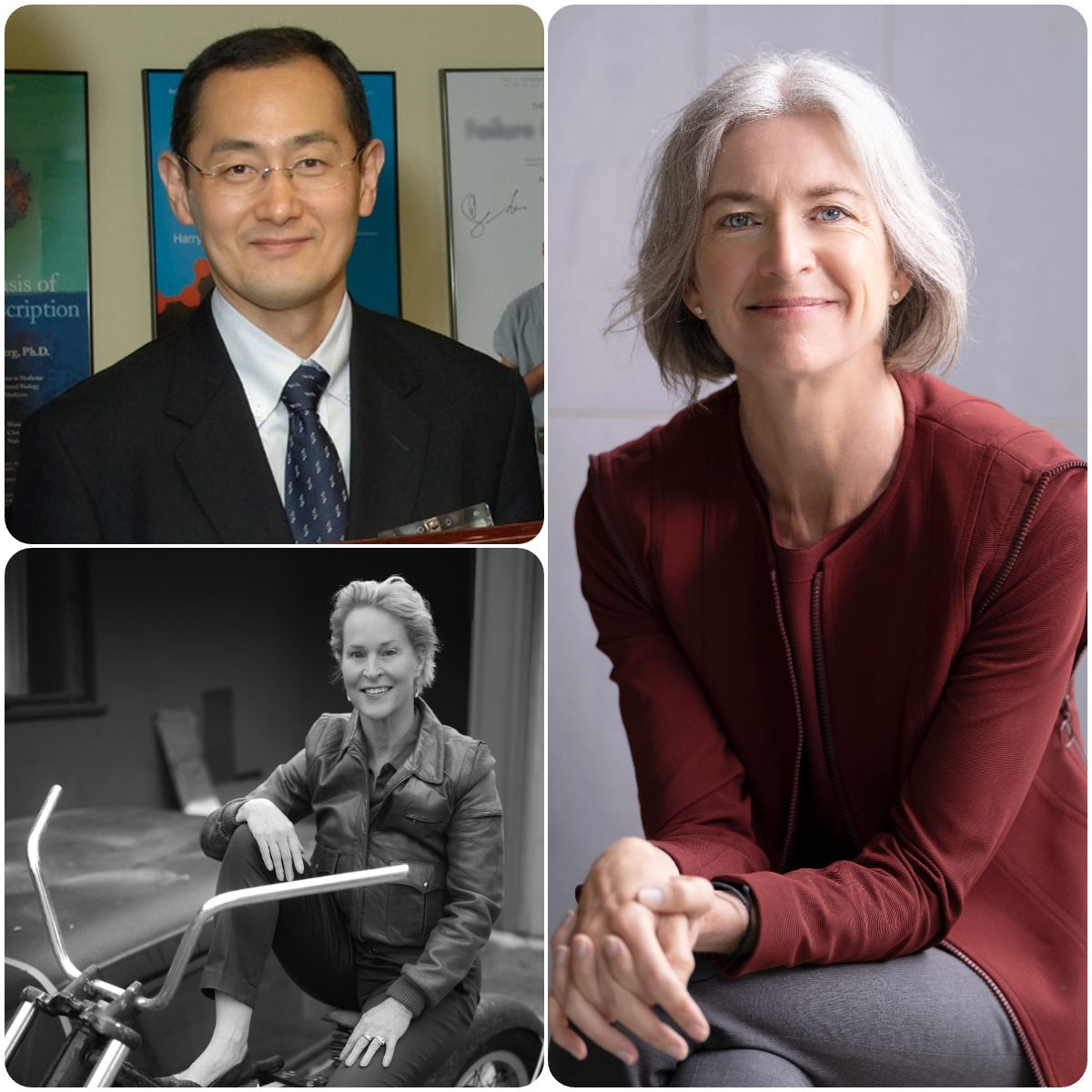 In terms of raw performance, we can expect a very good machine. Its sensor reaches 26,000 DPI, which places this model at, if not above, many current market references such as the Logitech G PRO or the Razer Basilisk V3. This sensor is also capable of handling 650 images per second and 50G of acceleration. In addition, with a dongle with a polling rate of 1000 Hz, the difference to wired connectivity should be completely unnoticeable. Finally, the presence of optical switches finally convinces us that this Alienware should play in the big leagues. It should be a premier scalpel for dissecting your opponents with surgical precision.

The other advantage is that it will be possible to do this for very long hours. Alienware promises 140 hours of playtime in a single charge with the dongle, and up to 300 hours in Bluetooth provided you don’t exaggerate the lighting effects.

And once the fateful hour arrives, recharging it will be a breeze since a magnetic charger system will allow it to be charged in the blink of an eye. And if the battery gives up the ghost when you’ve just kicked off the charge of your favorite competitive FPS, don’t panic; The Alienware Tri-Mode Wireless Gaming Mouse supports fast charging, and recovers up to fifteen hours of battery life in five minutes of charging. You will therefore be able to have plenty of enough to complete your part by plugging it in for just a few tens of seconds while loading, for example.

The device will be available in white (Lunar Light) from February 9, or dark gray (Dark Side of The Moon) on April 19. The price is also unknown at this time.

After hearing and touching, sight remains to be taken care of. For this, Alienware has planned a new Quantum Dot OLED monitor that should do wonders for your retina. Its 34 ”3440 x 1440 panel offers very good color reproduction with 99.3% DCI-P3 gamut coverage as well as a delta E <2 calibration guaranteed right out of the box.

In addition, it will be able to spit 1000 nits of brightness and has the DisplayHDR TrueBlack 400 certification. Even if it is not its usual goodwill, this screen should also be quite versatile and make no compromise on the rendering of the images. colors. Enough to make a very good compromise for demanding players who also want to produce content on video game exploits.

And exclusive players will also get their money’s worth. Like all displays in this range, it will support NVIDIA’s G-Sync Ultimate technology. It also displays a refresh rate at 175 Hz (in DisplayPort, against 100 Hz in HDMI) correct for this resolution. But above all, Alienware claims a response time of the order of 0.1 ms which would place it at the level of the segment references. What to react to the slightest peek at lightning speed.

Its slight curvature (1800R) is relatively standard, and much smaller than the all-new Samsung Odyssey G8. But this is again a good compromise which offers some flexibility in terms of viewing distance. This will also not prevent it from being compatible with the VESA standard mounting system. The two-legged base, on the other hand, leaves enough room to route cables without taking up too much desk space. It also allows the screen to be rotated in all possible axes.

Finally, in terms of connectivity, this monitor will be entitled to two HDMI 2.0 ports, a DisplayPort 1.4, five USB 3.2 Gen1 SuperSpeed ​​ports, and two audio outputs including a jack on the back.

Unfortunately, we don’t have a release date or price for this beautiful display yet. We expect the bill to be pretty steep, but we will have to wait for the brand’s next announcements, probably at CES, to find out more.

Young disappeared after fighting with her boyfriend and her mother demands help: “She is as important as Gabby Petito”