In this game, Samus lands on Zebes equipped only with a simple laser beam. Throughout her exploration, she will find statues of the Chozo that will give her numerous improvements such as the Morphosphere or the ice ray, which is the only thing that is useful to stop the Metroids. At the end of the adventure, Samus kills Mother Brain, a kind of biological computer designed by the Space Pirates. After eliminating it, Samus has to flee before the entire system is blown up.

This NES title received a remake for Game Boy Advance in 2004. This version, called Metroid: Zero Missionexplore the same story and add a bonus chapter after eliminating Mother Brain. In it, Samus is attacked while fleeing from Zebes, and she has to survive on the Pirates’ ship without a suit. The game was very well received by critics both for updating the gameplay and for that final chapter of true survival. 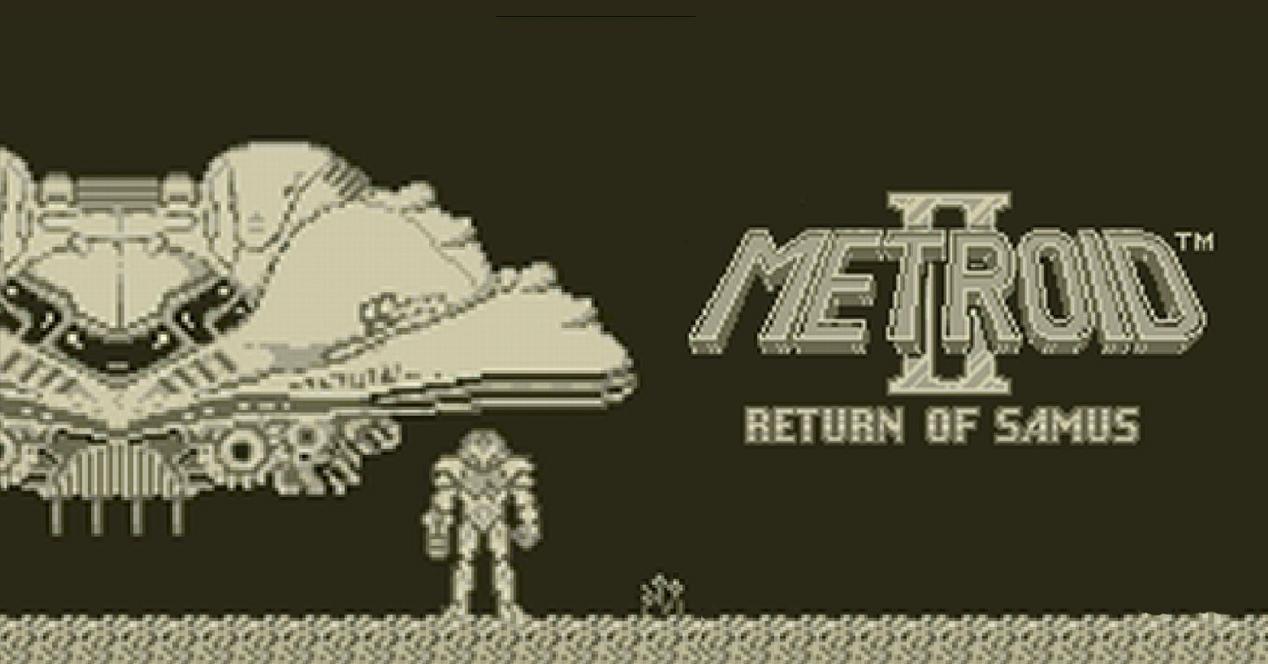 The second delivery of Samus Aran would arrive in the year 1991, but for game boy. the system scroll lateral —later called Metroidvania— remained, although the game became black and white due to the limitations of the console.

This title follows the story of the original game. The Space Pirates’ plans foiled, the Federation sends Samus to SR388, the home planet of the Metroids. The bounty hunter is on a mission to exterminate them forever. In this way, no one will be able to use them again to do evil.

During the exploration, Samus appreciates that there are Metroids that mutate into huge beasts that she has to face. After finishing the Metroid QueenSamus returns to her ship, but on the way there is a metroid egg, which hatches before your eyes. This will be the most important event of the entire saga, as the parasite believes that Samus is his mother. Samus, shaken by the event, decides to ignore the Federation’s orders and kills the creature.

As in the previous case, this game had a remake for Nintendo 3DS. The title went on sale in 2017, and it was the first work of MercurySteam with this franchise. The Spanish studio did a great job with Samus Aran, respecting the original work, but adding some extra mechanics that make the game look like never before. The success of this installment was the key for Nintendo to be encouraged to develop the fifth installment of the franchise together with this team. 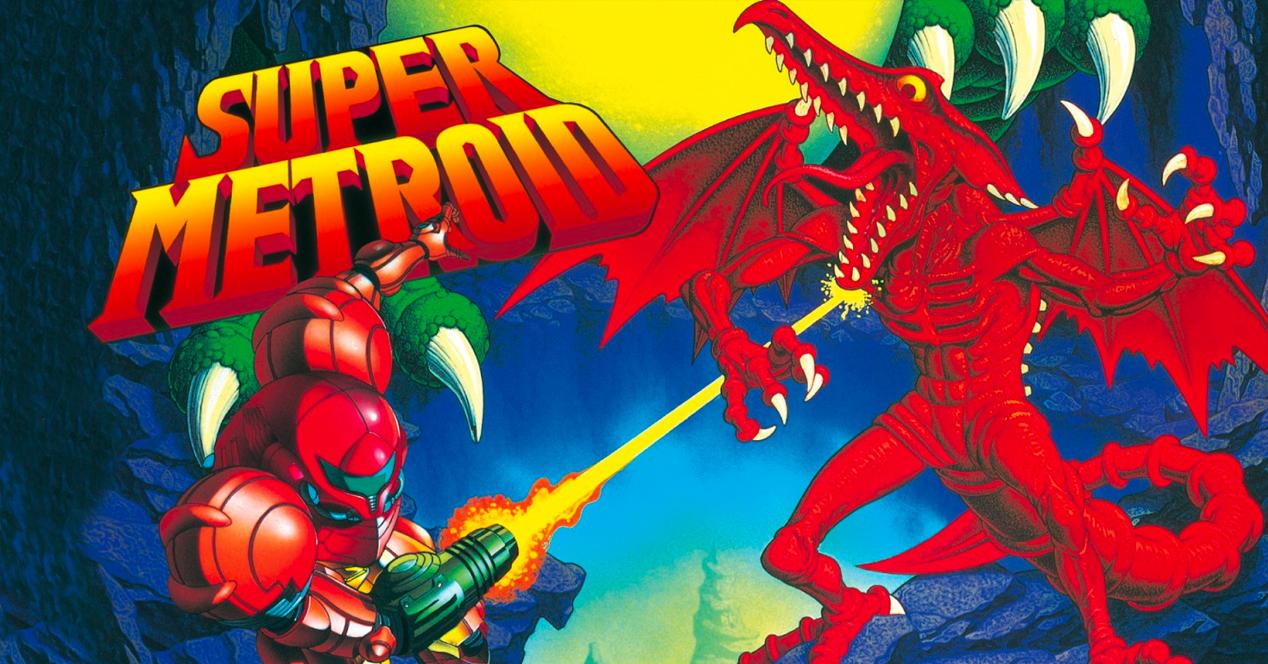 Super Metroid would debut a completely timeless graphic style that was maintained in the Game Boy Advance games.

The game begins when Samus brings the newborn Metroid to the space colony of Zebes for it to be studied. However, the worst happens: shortly after leaving the creature in the laboratory, ridley (the leader of the Space Pirates) attacks the colony, steals the specimen and kills the scientists who were there.

Samus follows Ridley, which leads her back on a new mission. Exploring the planet, he discovers that the Pirates have rebuilt their base there. Samus will have to face all kinds of enemies, including Ridley himself. After defeating him, he will discover that the Space Pirates have managed to play the metroidsand that they have even managed to develop and enhance them.

At the end of the story, Samus again faces Mother Brain, failing this time. When the brain finally ends the life of the bounty hunter, the metroid baby (now turned into a giant jellyfish), gets in the way and absorbs Mother Brain’s energy to deliver to Samus. Mother Brain ends up killing the Metroid, and Samus manages to defeat the creature in a second attack thanks to the sacrifice of the parasite whose life she spared. 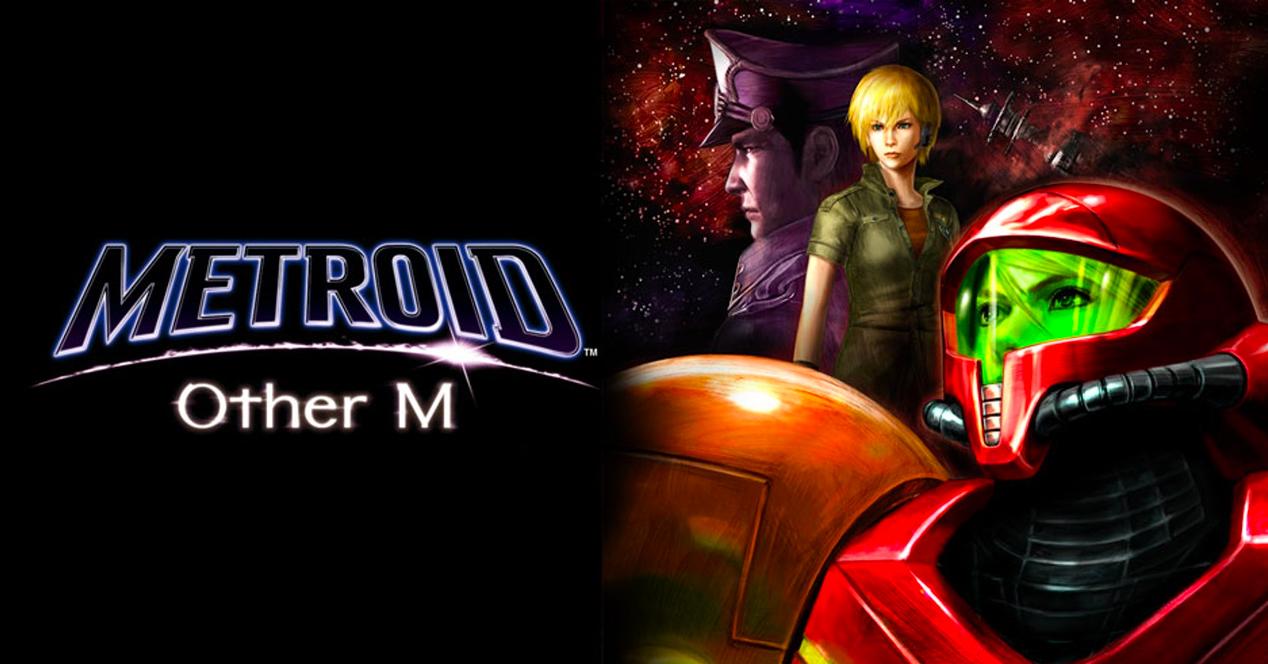 This title is between Super Metroid Y Metroid Fusion. It came out for Nintendo Wii, its gameplay it is also halfway between the traditional game and Metroid Prime. Could have been a great game, but the criticism was quite harsh with him, due to the fact that a series of licenses were taken with the protagonist that they did not end up liking, especially when sexually objectifying Samus, something that had not happened to date. However, this game is considered canon within the mainline, and the events that occur in it have relevance. Depending on how you look at it, this title can be considered a spinoff or a main line game.

Other M starts shortly after the previous adventure. After finally finishing off Mother Brain, Samus awakens in a Galactic Federation facility. The bounty hunter sets out on a new mission, as she receives a bottle ship distress signal. There he discovers Platoon 07, where Samus’ old acquaintances meet, such as her military school classmate Anthony Higgs and Adam Malkovichwho is the commanding officer.

Throughout the story, Adam lets Samus cooperate, even though he gives her very strict orders. At all times, he seems to hide something. The relationship between the two characters is peculiar, as Malkovich continues to treat her as if she were a child.

Performing various tasks around the ship, Samus will be attacked by Ridley. The bounty hunter is completely paralyzed, and after the cooperation of several companions, the Space Pirate manages to flee badly injured. Samus completely loses confidence in herself, and will try to find an answer to what just happened. She will end up discovering that the ship is owned by the Galactic Federation, and that they are trying to replicate all of the Pirates’ bioweaponsincluding the Metroids, the Mother Brain, and Ridley himself.

Adam tells Samus that he was aware of everything that was happening on the ship, and embarks on a suicide mission to put an end to all the experiments that have gotten out of control. Finally, Adam will die after uncoupling the sector of the ship where the most dangerous individuals are, while Samus will have to face the Metroids that remain in his area. 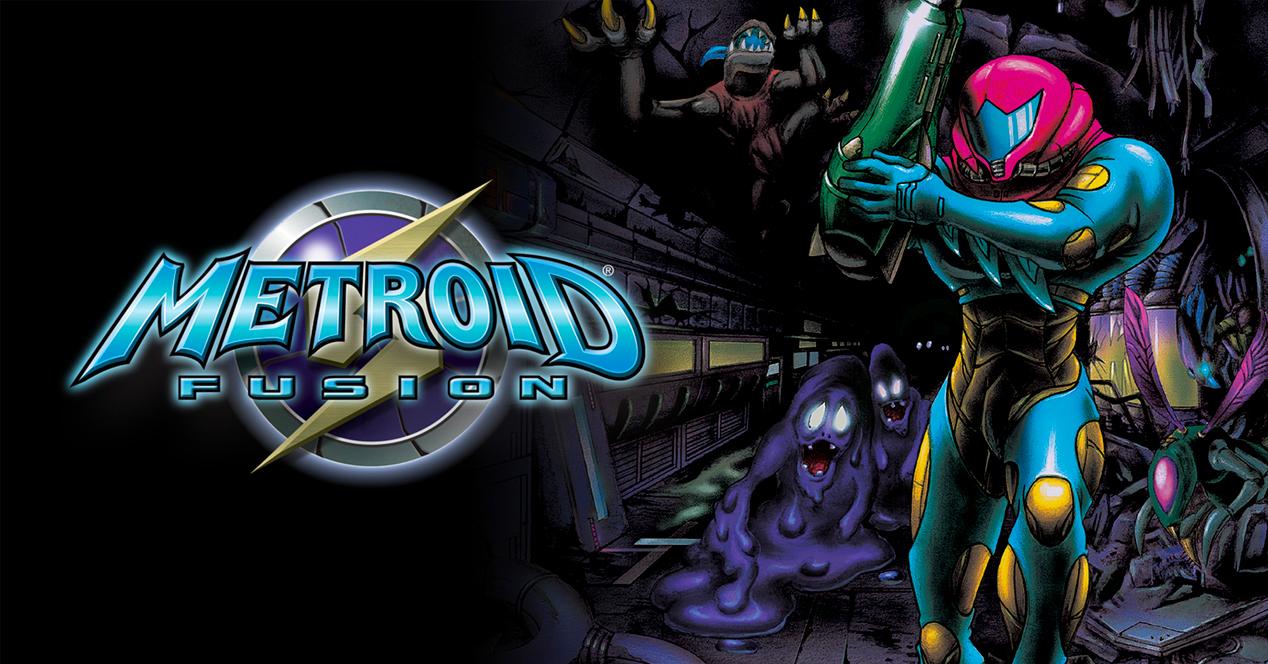 The Federation is not very clear how the extermination of the Metroid has affected in SR388. Samus is sent back to the planet with a team of investigators. There, the bounty hunter is attacked by a slimy parasite that completely invades her body: the X.

Samus goes into critical condition, and the doctors decide to apply an experimental vaccine developed with Metroids. To date, metroids They were the only parasites capable of eliminate parasite X. Samus survives, but she will never be the same. Doctors have to remove parts of her suit — let’s remember it’s part of her body — that are totally infected. Upon recovery, Aran will be immune to Metroids, and she can also absorb Parasite X to regain energy. This fact will be of crucial importance for the development of Metroid Dread. However, now that Samus contains Metroid DNA, she too has acquired new weaknesses. The bounty hunter is now really weak at low temperatures.

However, things do not stop there. The parasite that attacked Samus is still alive, and has managed to fully replicate the bounty hunter’s DNA. Throughout the story, the heroine will have to escape from her own alter ego, as she does not have a suit equipped enough to face her nemesis: the SA-X. 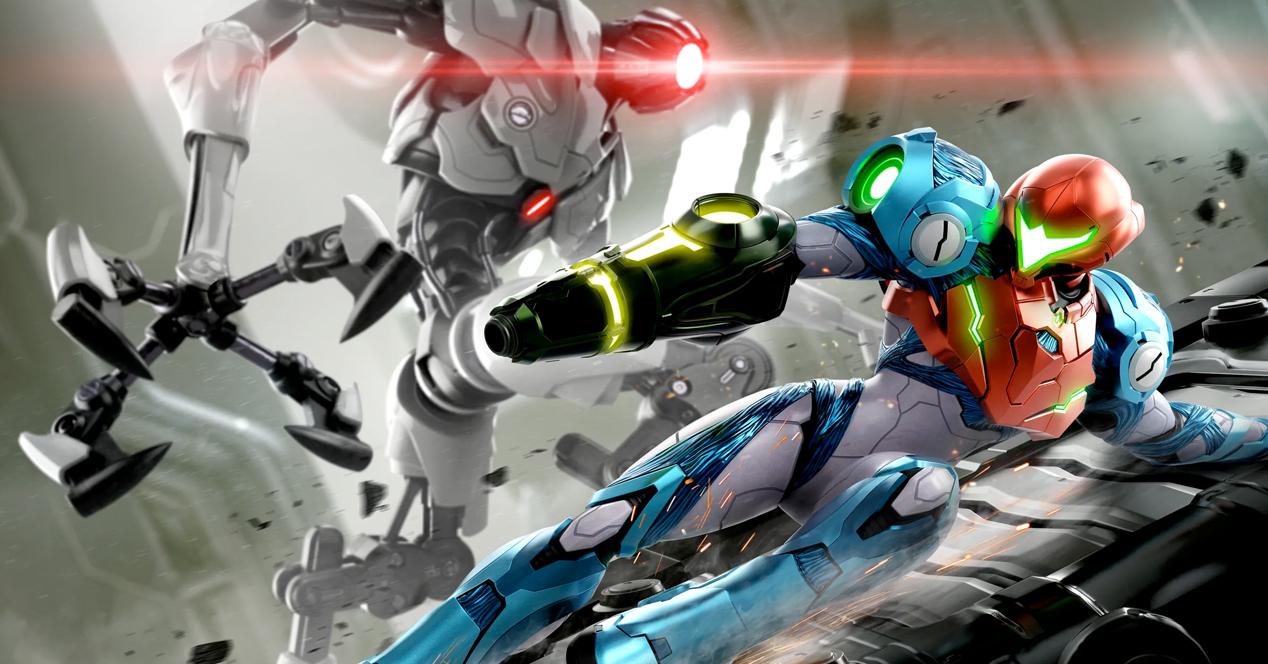 We come to the final episode of the saga to date. After 19 years of waiting, MercurySteam brought us this masterpiece that we will only comment on above so as not to spoilers.

The Galactic Federation receives a video in which it is seen that there are traces of the parasite X on planet ZDR. Fearing that the events of Metroid Fusion will be replicated, the Federation sends a team of seven EMMI to the planet, high-tech robots designed to be able to find alien life in any terrain. Soon after, the connection to the machines is completely lost, so they decide to send Samus Aran once more.

Arriving on the planet, Samus receives her mission instructions. Upon arrival, he finds a huge Chozo. They fight, but the Chozo gains the upper hand and appears to finish off Samus.

Shortly after, Samus will wake up in ZDR with no memory of what has happened. He will be completely defenseless—much like that episode in Metroid: Zero Mission that we’ve talked about before. will have to survive on a planet plagued by EMMI. that will end his life as soon as they touch it. And he will have to find out what has happened, why he is still alive and why he lost all his abilities against that suspicious Chozo.

With a view to giving the main line of the saga a break and getting out of side scrolling a bit, Nintendo worked with Retro Studios to make a first-person Metroid game.

Metroid Prime has three main installments that were released between 2002 and 2007. The fourth installment in this line is in development and will be coming to Nintendo Switch at some point. All the events of Metroid Prime take place between Metroid I / Metroid: Zero Mission and Metroid II: Return of Samus / Metroid: Samus Returns.

Samus arrives on Talon IV, an ancient Chozo civilization that was wiped out following the impact of a Phazon-infected meteorite. Samus has to investigate the planet and stop the Space Pirates, who have quickly discovered this element to make biological weapons.

The plot of this game will make us discover the planet’s past. At the end of the game we will face the Metroid Prime, which, making a similarity to what we saw in Fusion, will absorb Samus’s suit by making a copy of his DNA, which will be key in the different installments of this line.

This title does not have special relevance in the Metroid Prime plot, although it does retains the mechanics of the previous game. In this game, the Federation sends us to Alimbic Sector to face an unknown evil. Unfortunately, other bounty hunters will be out for their piece of the pie too, so we’ll have to take them out, or they’ll be the ones to finish off Samus.

The Federation sends Samus to Aether, a planet that begins to undergo strange changes after an impact of another meteor containing Phazon. There, Samus will discover that there are two parallel worlds occupying the same space-time.

During this adventure, Samus will have to face numerous times against Dark Samusits doppelganger.

The third installment of this line ends up discovering everything we needed to know about the Phazon and its home planet. Our mission will be to finish off the Phazon once and for all, but Samus will start at a disadvantage, as the Dark version of him has left her totally on the verge of death.

Others spin offs from Metroid Prime

Metroid Prime is the only parallel line in the Metroid franchise. However, this line has a couple of spin-offs that have not been without controversy: 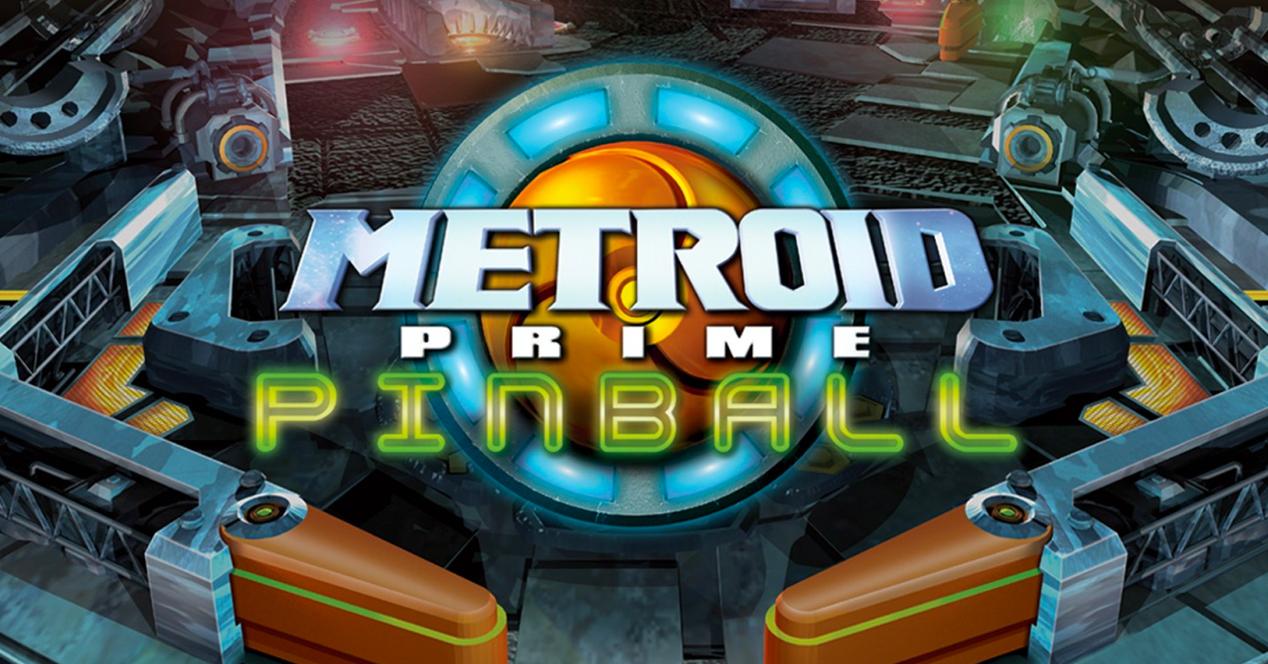 Developed by Fuse Games, this title uses the dual screen of the Nintendo DS to recreate a pinball board in which we will control Samus in Morphosphere mode.

Without a doubt, one of the biggest mistakes of the entire franchise. As we said at the beginning, Metroid is a niche game, so it’s usually not a good idea to do strange experiments.

In this title, for the first time, we do not control Samus. we will drive to Galactic Federation soldiers, which will make us see the other side of the story. However, the game was highly boycotted by fans.

We finally know when these Netflix series arrive… on Disney+

TikTok’s Milk Crate Challenge is not fun but dangerous