Sometimes big companies do things that don’t make much sense, so fast. A clear example is this: until now there was no native application for macOS from Amazon Prime Video. Mac users who wanted to see something on that platform, we had to do it through the browser.

But this is already fixed. You can now install from the Apple Store for Macs the Amazon Prime Video application, identical to the one you use on other devices such as on your Apple TV, or on your Smart TV in the living room. Finally….

After an incomprehensible waiting time, Amazon has finally launched its Amazon Prime Video application for Apple computers. You can now enjoy all content offered by said video platform, if you are a subscriber to it, of course.

Undoubtedly, one of the advantages that you are going to notice the most is that you can now download content on your Mac, and be able to view it later offline. A marvel if you go with your MacBook from here to there, and you have downtime to be able to watch your movies and series anywhere without needing an internet connection.

Picture-in-Picture and Airplay are two supported features that work with the new Amazon app. Of course, it supports purchases of movies and series, as well as payment with an Amazon credit card that is already registered. Just like any other application that you are already using on another device, such as on Apple TV or on the living room television.

It also saves the viewing history of the same account on different devices. Continue watching the series on your Mac, where you stopped watching it on your home television. The Amazon Prime Video app for macOS is free and available now on the Apple App Store. Of course, it is only supported from macOS Big Sur 11.4 onwards. 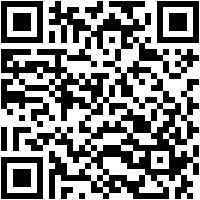 How to restart a Mac computer