AMD surprised us all when it announced its strategy of developing not just one architecture, but two different ones. One for gaming and the other for high-performance computing. In any case, it should not surprise us since the same thing happens with NVIDIA and soon with Intel. For example, the architecture of the NVIDIA A100 is not the same as that used in the GeForce Ampere

But the most radical approach is that of AMD, where directly the CDNA and RDNA architectures are totally different from each other. As you can see from the CDNA architecture diagram, the raster, tessellation and other fixed function units that are used for graphics have been retired in CDNA. All it has is a Multimedia Engine, so this graphics can be used for advanced video transcoding. But the reality is that CDNA cannot render 3D graphicsNot only because it cannot show them, it is that it lacks the essential parts for it, apart from having, like the NVIDIA Tesla, its video output blinded. 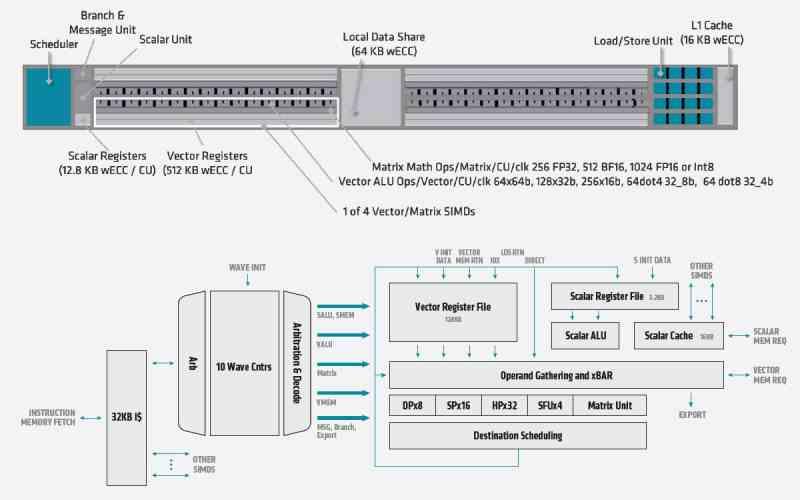 Even at the level of the shader unit or Compute Unit we can see that the texture filtering unit has completely disappeared, confirming that the AMD Instinct that equip CDNA are not really graphics cards. Instead CDNA has gained a systolic array with the same functionality as NVIDIA Tensor Cores.

AMD Instinct Mi-Next, the assault on the fortress NVIDIA 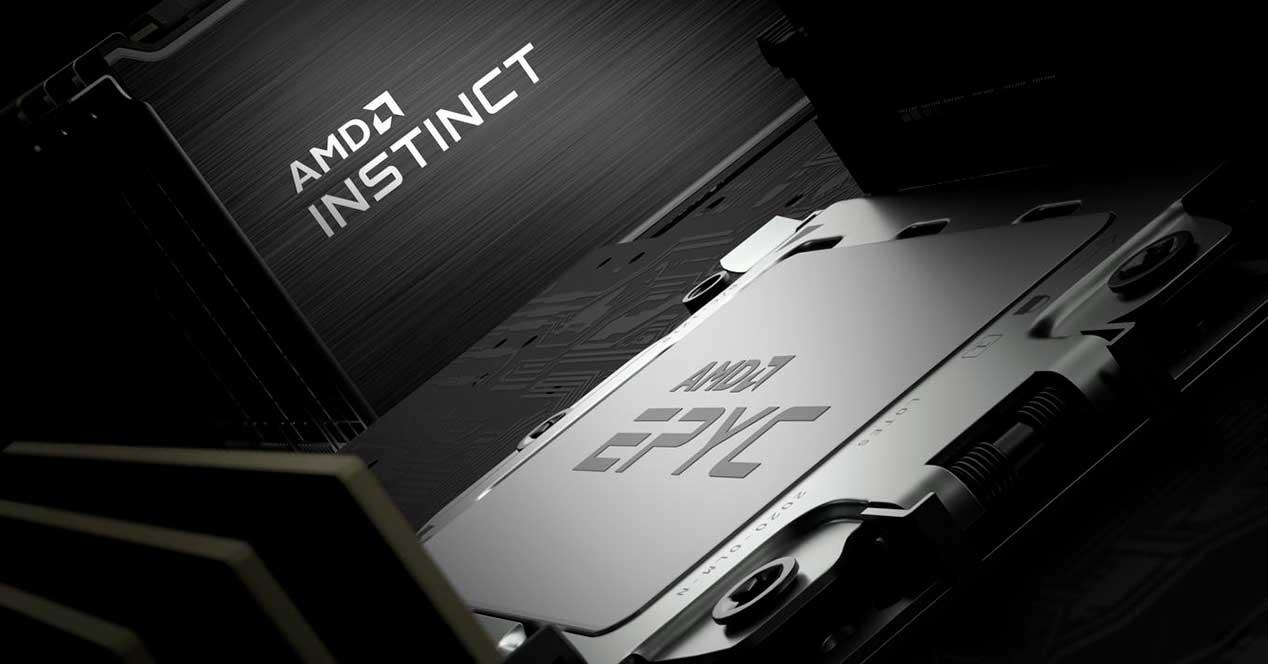 For weeks, if not months, there has been speculation about a new GPU from the AMD Instinct family, which would not use a single GPU, but two of them on the same substrate. In any case, it must be clarified that this has nothing to do with the Dual GPU patent for gaming. Since it is not a problem to have multiple GPUs collaborating side by side in computing. The GPU composed of two CDNA GPUs has received various names such as Aldebaran, MI-200 or MI-Next, but at no time would it be CDNA 2. 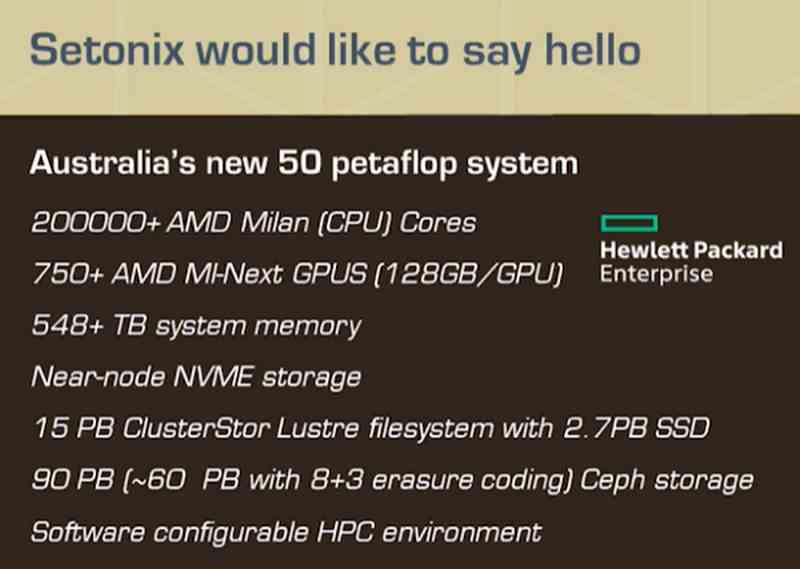 Well, its memory configuration has been confirmed through an involuntary leak, and as you can see, the AMD Intinct MI-Next will have 128 GB HBM, which is a large amount that also indicates the configuration of the memory buses. of this dual “graphics” card for computing and AI. How can we know? It’s simple, due to the density of memory.

The information tells us that each of the two Mi-Next chips has a 4096-bit HBM2 controller, which means four HBM stacks in each of the two GPUs. Since NVIDIA will surely not renew its Ampere architecture until 2022 and the Intel Xe-HPC is not yet a reality, AMD has taken the opportunity to launch this dual version of its CDNA launched a few months ago to win as many contracts as possible in the high-performance computing market and the nascent artificial intelligence market, in which AMD has been far too absent of late.