Project Hydra is developed specifically for the Zen 3 architecture, so owners of Zen and Zen 2 processors will have to settle for the current version of the tool, called Clock Tuner. The Zen 3 processor family now includes AMD’s mainstream processor series and APUs, but the Threadripper series should be added later this summer (whether Hydra will be supported has yet to be confirmed, all be said).

The software is CTR-based, but features a new user interface and supports three default voltage curve values: undervolt, normal, and overclock. Now up to 9 profiles can be stored for specific tasks, and the voltage curve optimizer now also allows for much finer tuning as it can be configured for each of the individual processor cores. 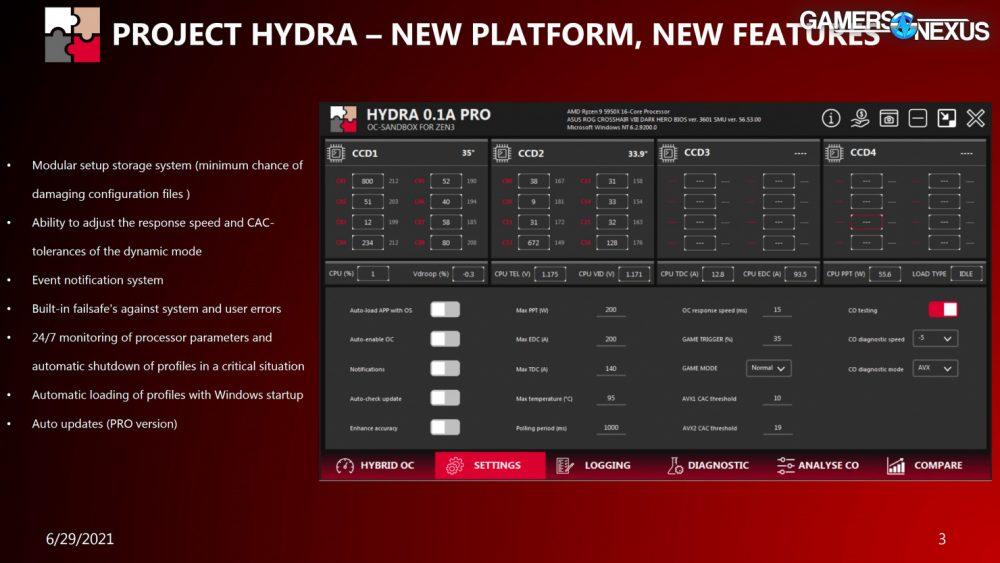 Project Hydra offers much smaller voltage increases (1 mV) compared to AMD’s own Ryzen Master tool (which allows only 3 mV), and new safeguards have also been implemented to increase overclocking security. The software also comes with a 24 × 7 monitoring feature that will automatically disable overclocking profiles if critical temperature or voltage situations are reached. 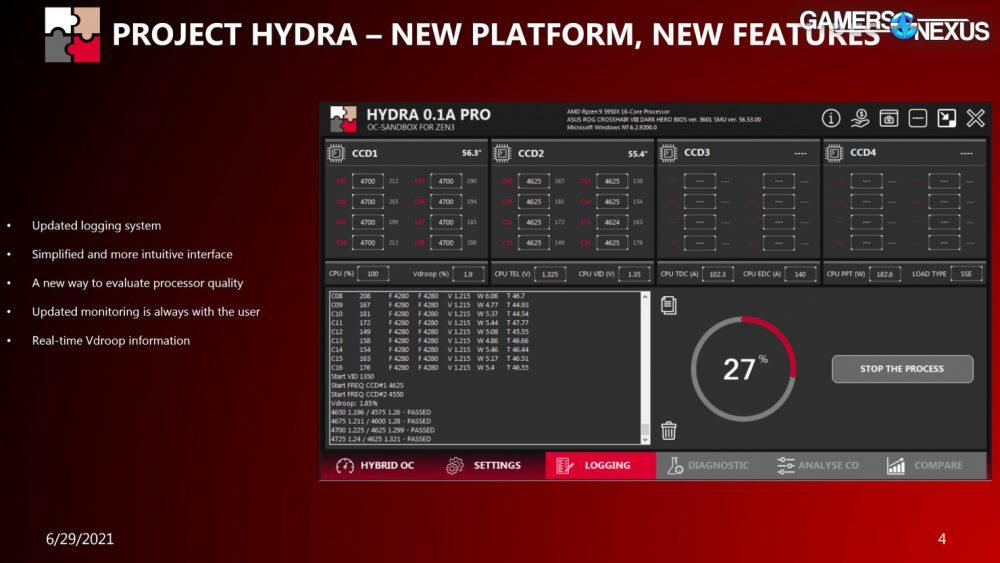 The tool communicates directly with the SMU (System Management Unit) through the PCIe bus, which prevents blocking or overwriting of the selected profile. The developer has also ensured that the tool does not consume more than 100MB of RAM and only 1% CPU utilization, so now this tool is much more secure and lighter than Ryzen Master. Here is a brief description of Project Hydra according to its creator (own translation):

“Hydra constantly communicates with the SMU through the PCIe bus without blocking it and depending on the data received, it changes the frequency or switches the profile. The resource requirements are also minimal as it only requires up to 100MB of RAM and 0-1% CPU usage. The possibility of damaging a processor with this program is less than with AMD’s own Ryzen Master since it does not use PCI mutex and this can be an ideal weapon to destroy CPUs.

«If the user discovers that his AMD processor has a low frequency margin, the standard version will be sufficient to obtain the maximum performance that the processor itself. Of course, the Pro version will have additional support and will first receive all the new features that are added through early access. It seems to me a fair policy, minimal restrictions and everyone will have the option of obtaining it.

According to the developer, the tool will be launched at the end of this month of July. It is worth noting that the Pro version will guarantee better support, additional functions and early access to those that are added. However, we still have to listen to all the details of this Project Hydra before entering to assess whether it is better or worse than Ryzen Master or Clock Tuner, and given that they intend to launch it this month, surely we will soon have concrete data.

Is it worth unblocking downloads in Firefox and Chrome?