AMD has been using the term Compute Unit for more than a decade, which encompasses a complete core of the GPU or what we call Shader Unit. However, the future challenges to obtain more performance means that for future architectures internal changes will have to be made. Which in the case of AMD is surprising, especially considering that for generations they maintained the same type of Compute Units.

Now, and against all odds, it seems that Navi 31 is going to have twice the number of ALUs in FP32 compared to Navi 21, which means reducing the difference in this aspect compared to NVIDIA.

The final goodbye to Compute Units in RDNA 3?

In Beyond3D, in the thread dedicated to RDNA 3 there is an interesting conversation, in it a certain Bondrewd assures that there are no longer “Compute Units” but that the minimum unit will be the WGP. Which comes in response to the latest information about RDNA 3. 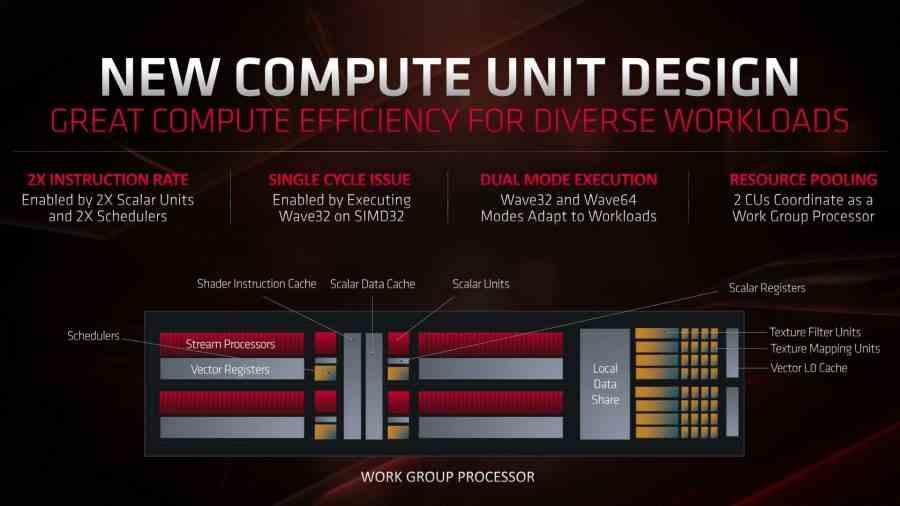 To understand this statement we must take into account how in RDNA and RDNA 2 each Workgroup is made up of two Compute Units, where both units share common elements such as the scheduler, the first-level instruction cache, and shared local memory. On the other hand, other elements such as the texture filtering units, the Load / Store units and the SIMD units of each Compute Unit are still maintained.

With el Double Execution Units in FP32 for RDNA 3 As it was leaked a few days ago, the question is about the changes that AMD can make to achieve this. We do not believe that AMD will rule out the classic finished Compute Unit, but we will see a difference in the ratio between the ALUs in FP32 and the texture units, where it will have the same as that of the NVIDIA RTX 30, that is, 32 per ALUs in FP32 for each texture unit for a total of 128 ALUs per Compute Units and 256 per Workgroup or WGP.

A design copied from NVIDIA or a different concept? 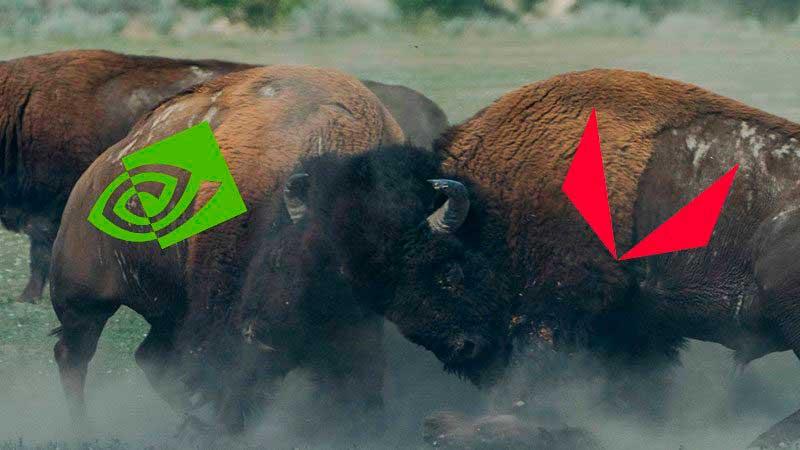 NVIDIA and AMD pose the SIMD units of their shader units differently. In the case of NVIDIA we have two sets of different SIMD units in each sub-core of its SM, the first of them with 16 ALUs in FP32 and another collection of 16 ALUs in FP32 or Int32, where the two types of ALUs are switched with each other. .

However AMD takes a different approach, the diagrams do not show the Int32 units, but they are and are all switched with an Int32 unit. So the two approaches are different, but what they do mark is an increase in the rate of computing power. Which makes sense with the adoption of Ray Tracing and the fact that it requires the use of brute force computing, much less fixed pixel fill and texturing units.

Hence AMD for its RX 7000 would have raised a totally different Compute Unit, with twice the computing power of the RX 6000. It is said that the first chip will be the monolithic Navi 33, if the rumors are true, we would be talking about a potential GPU of 40 Compute Units but with a calculation capacity similar to that of the RX 6900 XT.

Out of space on your Xbox Series S|X? Expand it with these hard drives