The fact that Facebook made the move to Meta in order to position itself for the Metaverse is only fueling the fact that the industry is moving fast towards a next-generation Virtual Reality world where being digitally required is required. Internet with a new interaction by everyone. But this will require more computing power and that’s where AMD comes in, as what appears to be a new CPU for Virtual Reality has been leaked. That’s how it is AMD Mere.

A new leak reveals something really interesting that has to do with AMD and a company largely dedicated to Virtual Reality. And it seems that those of Lisa Su have joined forces with Magic Leap to design and change the industry thanks to glasses with an AMD SoC that promises a lot.

AMD Mero, the revolution that prepares for Virtual Reality

There are few data as such and above all quite brief, an image where the first details of this SoC that will mount the Magic Leap Demophon system are seen, of which we only know that it could be Virtual Reality glasses as such.

And it is that it is not very clear towards which sector in particular they are going to be focused or if Magic Leap intends to revolutionize one in particular.

Why do we say these? Well, because the SoC is categorized for mobile devices, which could mean that it would unify its power with that of a smartphone for a series of cloud services that would introduce us to the Metaverse and anywhere else.

But this is pure speculation at the moment, what we do know is that the leak reveals that the SoC will include a monolithic CPU that will include 8 semi-custom cores from AMD that according to rumors would arrive with Zen 2 architecture with an interesting surprise.

Integrated graphics card based on RDNA 2

Well yes, just like in Steam Deck, the AMD SoC could repeat the winning formula by equipping it with an RDNA 2 iGPU. Here we must stop for a moment, since there is a possibility that the 8 cores already mentioned were actually 4 Cores (8 threads) for CPU and 4 CUs for the iGPU, so the reading is not entirely correct, or at least that is being speculated.

What is confirmed is the use of Android 10 as the key OS, which would be supported by 1 GB of memory and a screen with a resolution of 720 x 920 pixels. 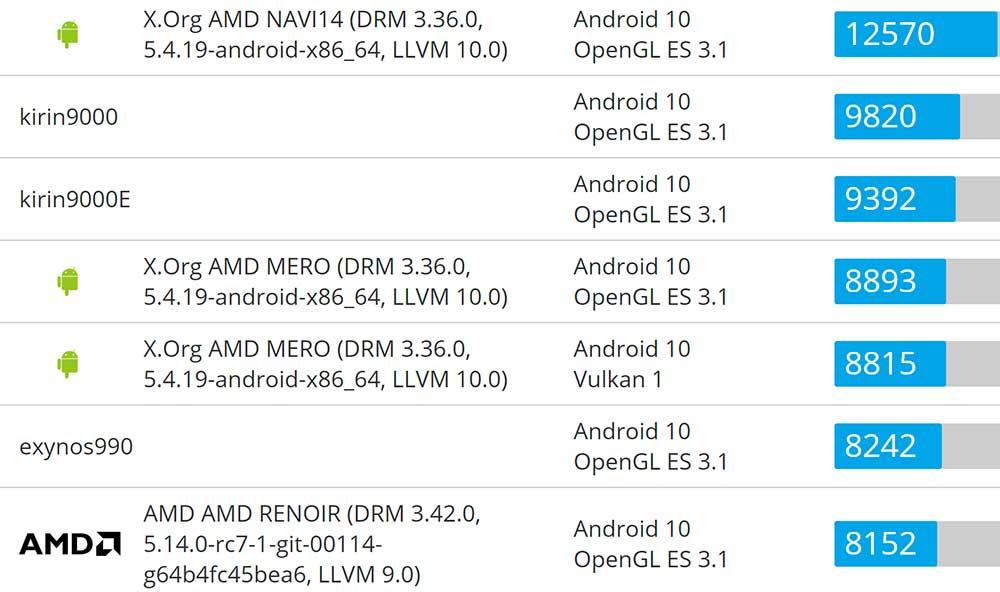 These data are not really shocking, far from it, but at the same time it is speculated that this RAM would not be well read since the resolution is not low as such and would require at least twice that amount and that at the same time it would be shared between the CPU cores and the iGPU.

And it is that the latest leaks regarding AMD Mero affirm that it is basically a custom Van Gogh chip that could have enabled more PCIe lanes.

Likely for their AR headset pic.twitter.com/VHgbIBx1VF

The Basemark results would define it that way, since this SoC is already faster than a Renoir APU with Vega iGPU giving a score of nothing less than 12,570 points.

In short, it is the same SoC that Steam Deck would use except without so many restrictions and therefore it could perform a lot more, but at the moment it is only a prototype that has to continue its development.

Be careful when buying a monitor, your HDMI 2.1 could be fake

Discord or Slack: what are their advantages and when to use each one