The purchase of Xilinx by AMD was the answer to a series of needs by Lisa Su’s company, since its resources are more limited than those of NVIDIA and Intel, this led them to seek to expand their portfolio by buying from Xilinx , which gives AMD a series of technologies for the future to be competitive in diverse markets.

We already told you in an article what it is an embedded FPGA or eFPGAThese are SoCs that integrate inside the capabilities of a traditional SoC but adding an FPGA between the components of its circuitry. A concept that Xilinx itself baptized as ACAP or Adaptive Computing Acceleration Platform, which is nothing more than a euphemism to speak of an eFPGA.

So Versal is a chip that is not a 100% FPGA, since part of the area has been dedicated to non-configurable standard cores such as CPU cores such as Cortex-A72, memory controllers, DSPs, neural processors and even I / O and memory interfaces such as PCIe, DDR, Ethernet , MIPI, etc. All this within the same chip, so it is not necessary to configure them. The more powerful versions of the Xilinx Versal include a powerful and programmable network on a chip or NoC, and therefore have a SmartNIC as the conductor. 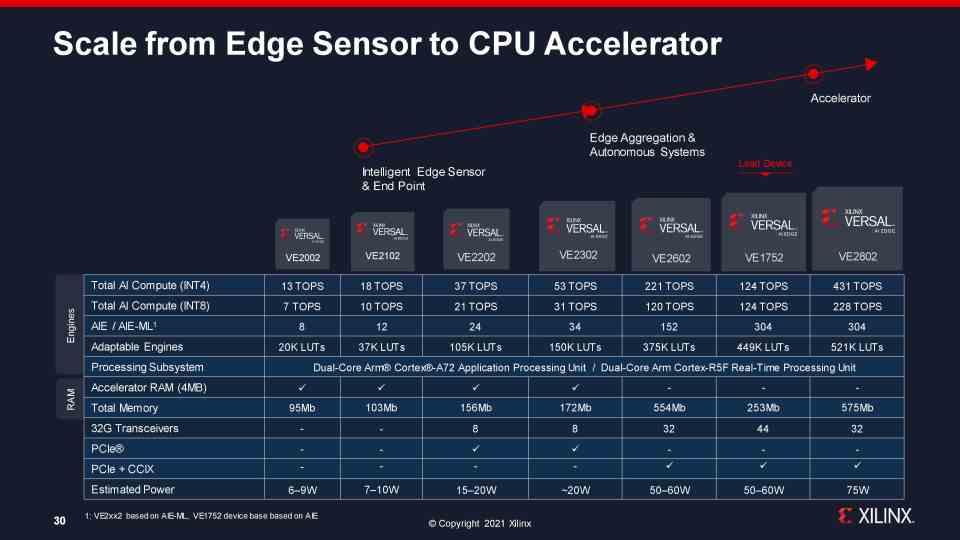 Artificial intelligence is one of the fastest growing applications in recent years and Xilinx has made two important improvements to the new iteration of its eFPGA Versal, christened Versal AI Edge.

The first of it is the implementation of a Scratchpad-type SRAM very close to scalar ALUs, a RAM of this type is inside a processor and therefore can be accessed very quickly and with little latency. But it is not a cache and therefore it does not work as such. Having a local memory close to the processor is key, since it greatly reduces the amount of energy in the instructions and one of the bases in the design of processors designed for AI. Is about 4MB blocks with 35GB / s bandwidth with each AI Engine. 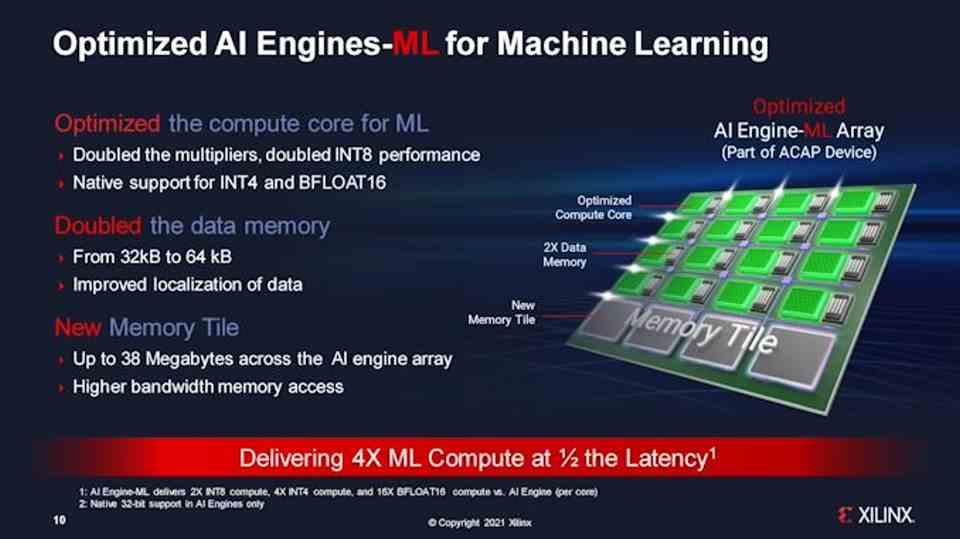 The other novelty is the AI ​​Engine, usually the FPGAs can be configured to function as processors for the AI, but Xilinx has decided to integrate its own units. It must be taken into account that there are two types of work in terms of artificial intelligence, which are training and inference. Usually it is tried that the cores for AI can be good in both disciplines, although in this case their optimization has gone more towards inference. Xilinx Versal AI Edge Family AI Cores are called AIE-ML. Where the the simplest configuration has a consumption of 6 W and consists of 8 units, while the most complex is 304 units.

Your performance? According to Xilinx performance per watt is four times that of NVIDIA’s Tegra AGX Xavier. So we are facing a solution aimed at the world of intelligent automotive and robotics. Market in which NVIDIA competes with its Tegra family today, which has been one of the spearheads of NVIDIA in recent years and where AMD also intends to enter through the Xilinx portfolio. 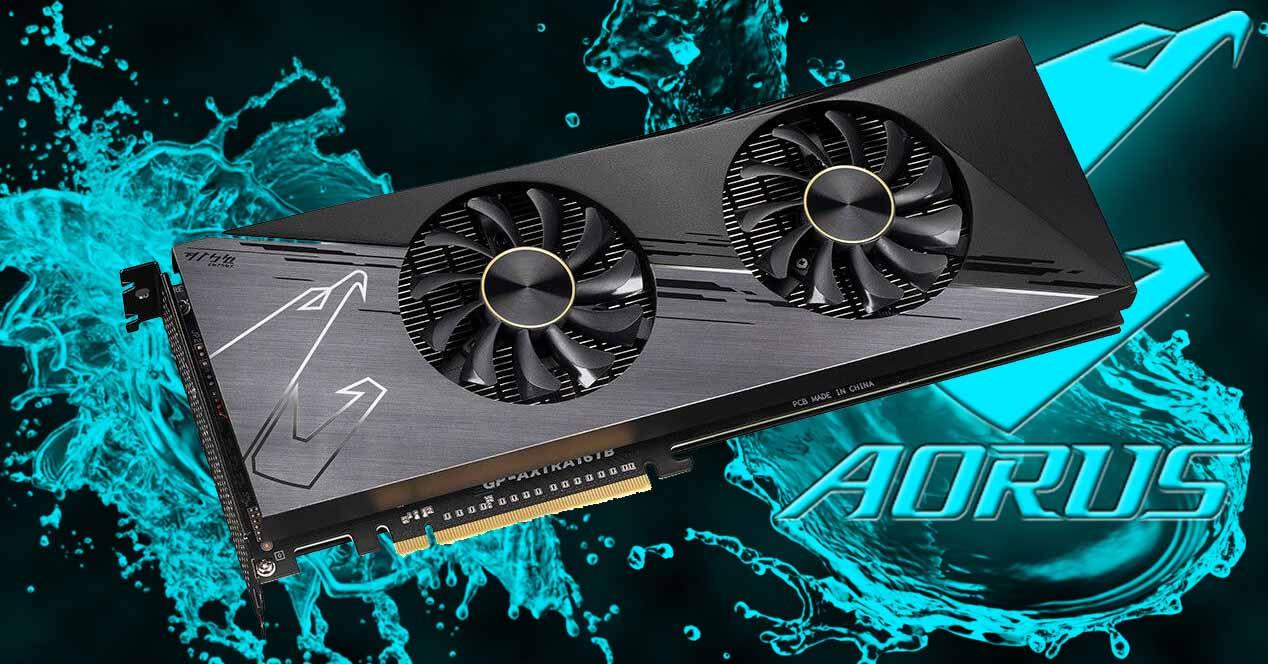 What can happen to your PC if the power strip is overloaded?