A whole generation of gamers grew up playing with one of these consoles, and the Retro Games company already carries a few models including the THEC64 Mini that replicates the famous Commodore 64 (as well as its original size variant). Now it is the turn of the emblematic Amiga 500, which will arrive in a reduced format thanks to the fact that, like the previous ones, it actually carries modern hardware and an emulator to run the games.

The replica of the Amiga 500, in reduced format and as an emulator

This miniature Amiga 500 replica emulates the original A500 (OCS) and the Enhanced Chip Set (ECS) from previous versions, but also integrates the graphics architecture of the more modern A1200 model. At the moment, more details about the hardware that Retro Games has integrated into its interior are unknown, but they have said that it will have features that we did not have with the original model, such as the possibility of save the game or have a selectable refresh rate of 50 Hz and 60 Hz, something important for these retro titles that it carries in its internal memory.

An important thing that you should know, and surely you will already suppose it by seeing the image that we have put above, is that the keyboard integrated in the device is not functional but is merely aesthetic. Rather, the functionality can be performed either with an on-screen keyboard or by connecting an optional keyboard via USB. What it does bring is the iconic mouse of that PC / console but with a USB connection, as well as a newly developed gamepad with eight buttons and a USB connection. 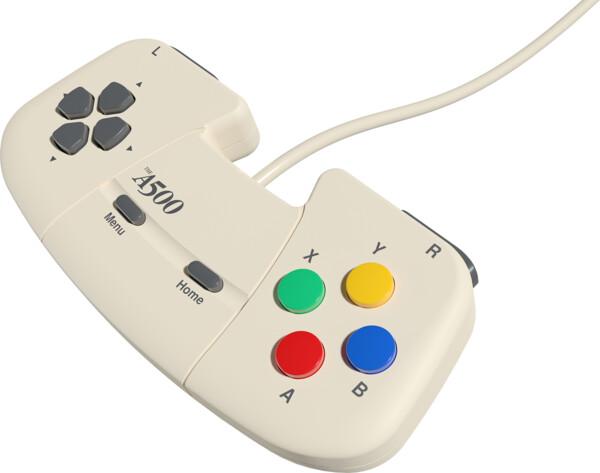 The floppy drive included in the console is not functional either, but its three USB ports, its HDMI video output and its power input via USB-C are functional. By the way, the console will include the mouse, the gamepad, an HDMI cable and a USB-A to USB-C cable, but not a power transformer that will have to be purchased separately.

As we have mentioned before, this console will actually simply emulate the games of the original model, so it is quite likely that as it happened for example with the NES Mini, its content can be edited to add or remove games and manage saved games. 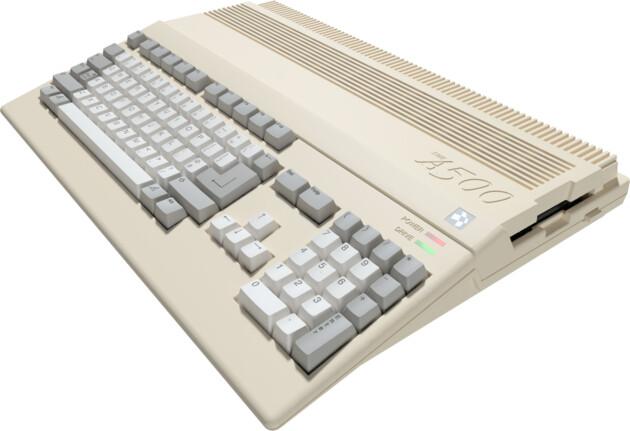 The British company Retro Games has announced 12 of the 25 games that the console will bring pre-installed:

As for the price, the company has said that it will cost about 140 dollars in the United States, but that in Great Britain its price will amount to 200 pounds, which means that in Spain it will surely be possible to buy it for a price that will be around 240 euros. They have announced 2022 as a target for its launch, but at the moment the exact date as well as the full list of games is unknown.

Do you want to learn how to install and use Debian? See its official documentation Intel delays the sale of its ARC graphics cards for laptops