It could be the surprise, but it is expected by 2022

It was possible to intuit that the 21.5-inch iMac would be renewed this year as it finally was, integrating an M1 chip and going to reach 24 inches with the first redesign of this computer in the last 10 years. This happened in April, but as we said, it was already rumored several weeks and months before. However, the same does not happen with the current 27-inch iMac.

This desktop was last renewed in August 2020, offering performance improvements, but with Intel processors and a form factor identical to the previous ones. And if there are rumors that this could definitely be withdrawn to make way for a renewed version with changes similar to those of the small model. And more after the iMac Pro range has been withdrawn.

Therefore, its need for improvement and the possibility of it being announced at Monday’s event exists. However, there have been no reliable leaks that attest that this will happen, even having information rather contrary to the point that Apple’s forecast is to launch it at the beginning of next year. There is room for surprise and if it does appear, it will be welcome, but as of today the chances that it will be official seem slim.

The iMac “Pro” that would crown the desktop range

We do not know if when it presents it, be it now or next year, Apple will baptize it as iMac Pro in the absence of this range or if it will directly be called “iMac” as the little one is also called. But what is certain is that its features will be advanced enough to be considered a team ideal for professionals.

It is expected that with the redesign that Apple integrates, it could reach 32 inches roughly leaving the 27 behind thanks to tightening the front bezels further. It is not known if in what to colors They will be colder and classic colors such as space gray and silver or if, on the contrary, the company will dare to offer a wider palette such as the 24-inch one. It would presumably be accompanied by well-known accessories such as the Magic Keyboard and the Magic Mouse or Magic Trackpad. At the level of new functionalities we could have Face ID, something very rumored for years and that various analysts suggest that we will have in this iMac. Although in the end the most important thing is that it will come equipped with a Apple Silicon, that is, an Apple chip. We understand that if it is presented this coming Monday it will be the same processor that the MacBook incorporates, a M1X which would be a vitamin version of the well-known M1.

If it is presented next year, it may already incorporate a chip M2. In any case, its improvements are yet to be determined, since in the end the name given to the chip is somewhat irrelevant, since it will depend on how Apple wants to differentiate its different types of processors now that it no longer depends on providers such as Intel . 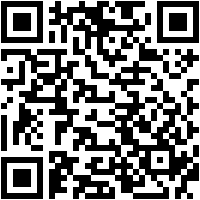