Google continues to develop Android 13 for the release of the final version next fall. In addition to the novelties that we have been seeing in the trial versions published so far, we have another interesting one for those who want to use several telephone numbers in the same terminal: the mobile system will support multiple profiles on a single eSIM.

Physical and removable SIM cards should have passed away a long time ago in favor of eSIMs, the latest generation virtual SIMs that are included as a factory-inserted chip on terminal boards and that, like standard SIMs, allow us to allow us to connect to the Internet and make calls and messages, but with far superior potential and design advantages.

Regardless of the hardware, with an eSIM the user does not have to go to a store to buy their SIM (or wait for it to arrive in the mail) when they change carriers. Portability is faster, as is the hiring of additional services. In addition, the virtual SIM data is stored in the cloud, making it easy to use on multiple devices by simply entering the user’s credentials. Finally, note that all these advantages can be extended from mobile phones to PCs, wearables or the Internet of Things.

But there’s still a long way to go before it becomes universally compatible with all carriers. If you need to use two different mobile phone numbers in a single device, the solution until now was the dual SIM. One of its advantages is that you can use two mobile service providers simultaneously if the phone is not locked to a specific network and thereby achieve greater mobile coverage. Another example of use can be found in some markets, especially emerging markets, to separate voice and data rates. It is useful, but cumbersome.

So far most of tsmartphones with eSIM are incompatible with dual SIM functionality, unless the OEM included two chips eSIM in the phone. However, Google has a solution to this problem and everything indicates that it will implement it in Android 13. Google’s solution will come in the form of support for multiple profiles enabled (MEP)a method to enable multiple SIM profiles on a single eSIM.

Google secured a patent for this technology in mid-2020 and we’ve seen references to it on AOSP and on the Android developer website. With support for MEP, a single eSIM element can connect to two different carriers at the same time, eliminating the need to have two eSIMs or one eSIM plus a nano SIM card to have dual SIM functionality. This reduces costs and frees up valuable space for other hardware components, which is especially important for products like phones, tablets, and foldables.

To avoid this, Google proposes the creation of logical interfaces that are multiplexed on a single physical interface. Each logical interface can provide a separate communication channel between a SIM profile and a modem, so only a single actual physical connection to the modem would be needed. And it doesn’t require rewiring, so existing devices with a single eSIM chip connected to a modem could theoretically support MEP. From the modem’s perspective, there is no difference between a logical and a physical interface, allowing for backwards compatibility. 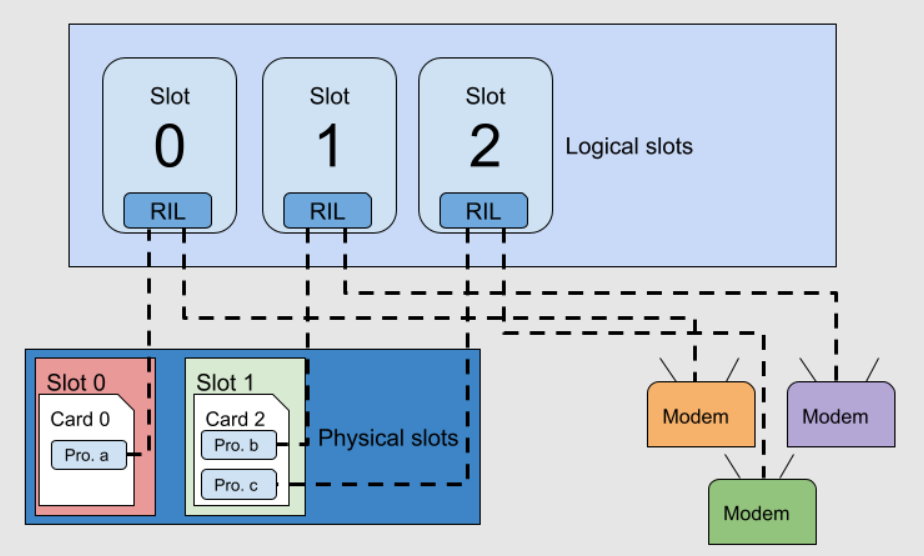 And furthermore, because Google’s approach is generic, it is also platform independent. In fact, Android 13 may not be the only operating system to support this technology, as Google explicitly points to other operating systems like iOS, macOS, and Windows in its patent.

It’s unclear whether Google plans to offer this technology to everyone for free or through some patent licensing scheme. Google has been testing MEP support on unspecified Pixel hardware and has built the new APIs into its app that manages eSIM profiles, so it’s certain we’ll see at least one Pixel smartphone with this technology. The idea is the one outlined, to support multiple profiles in a single eSIM.

In football, not everyone sees the same pubs at the edge of the pitch

Not even Netflix can handle the latest from Pixar on Disney+