The finding of the latest StockApp report is clear: for more years, Android has been losing users to iOS. Although still the market leader, the operating system has gone from 77.32% market share to 69.74% in just 4 years. Apple, meanwhile, is reaping the benefits of a more budget-oriented strategy.

For several different reasons, Android has always been the most popular operating system on smartphones and tablets. Despite the undeniable success of Apple and iOS, as well as the arrival of new players on the market such as HarmonyOS, Android has managed to maintain its leading position. However, for some time, the OS displays some loss of speed. Already in 2019, the release of the iPhone 11 had led to a loss of market share for the latter.

Since then, Google has still not reversed course, as evidenced by a recent report from StockApps. While Android was installed on 77.32% of mobile devices in 2018, that figure dropped to 69.74% in January 2022. Of course, these users did not evaporate into the wild. Many of them have obviously gone to its direct competitor. Thus, over the same period, iOS gained 6% market share, going from 19.4% to 25.49%.

Related: iPhones Are Still Worth Twice As Much As Android Smartphones For Resale

StockApps does not specify the reasons for this rise of Apple, but it is very likely that iPhone SEs play a big role in the phenomenon. Indeed, by offering a gateway to the world of Apple at a lower price compared to standard iPhones, the latter have been able to conquer an audience so far. refractory to transition. According to some estimates, the iPhone SE 3 could even attract more than a billion users.

However, this observation should be measured. Despite its obviously effective strategy, Apple cannot compete with the huge fleet of devices with which Android is compatible. Moreover, its nature open-source gives the operating system a real advantage. Finally, Android is installed on many more entry-level and mid-range devices than its direct competitor. 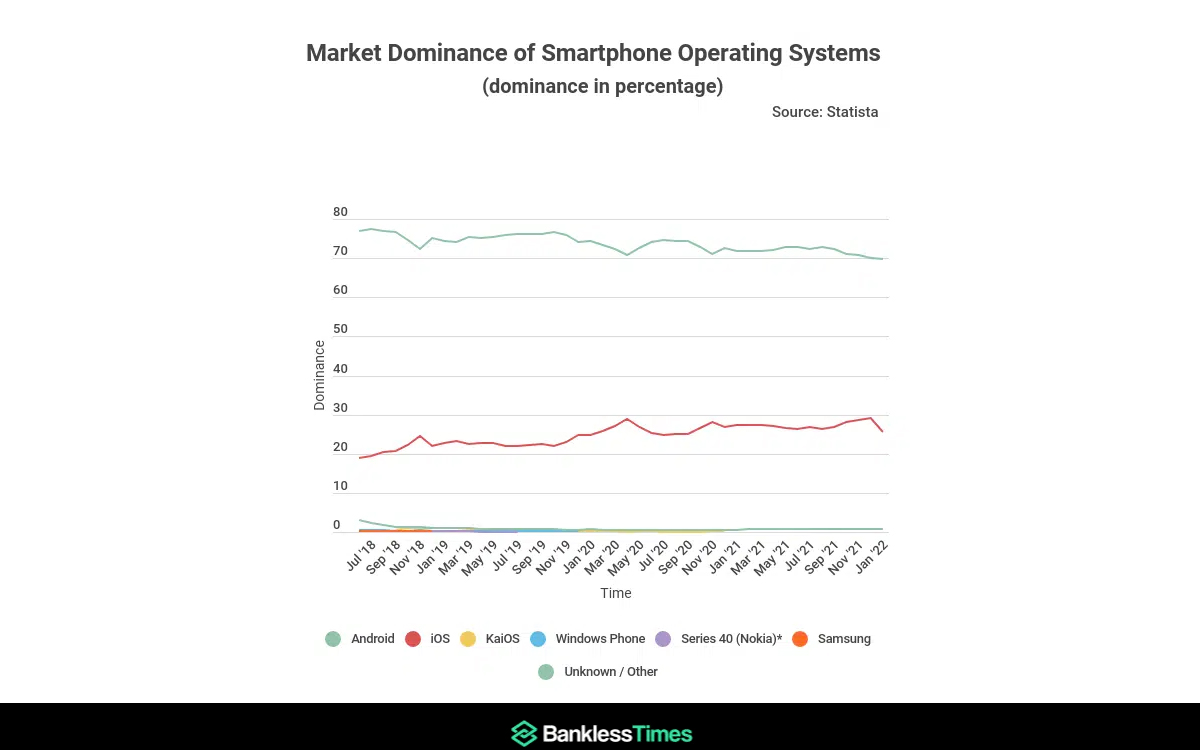 Meta: also in the spotlight by Oculus