AnTuTu has just unveiled the top of the most powerful Android smartphones. The ranking of high-end phones is dominated by the Black Shark 5 Pro, Xiaomi’s powerful gaming smartphone. This month, AnTuTu inaugurates a new category.

AnTuTu has just put the rankings online the most powerful Android smartphones of April 2022. For the first time, the platform presents three different rankings instead of two: a top dedicated to high-end phones, a top for mid-range and a selection of “sub-flagships”.

This last category is devoted to high-end phones at a reduced price. These are not the flagships of the brand but an intermediate version. This ranking is dedicated to terminals that cannot be ranked in the other two monthly tops. 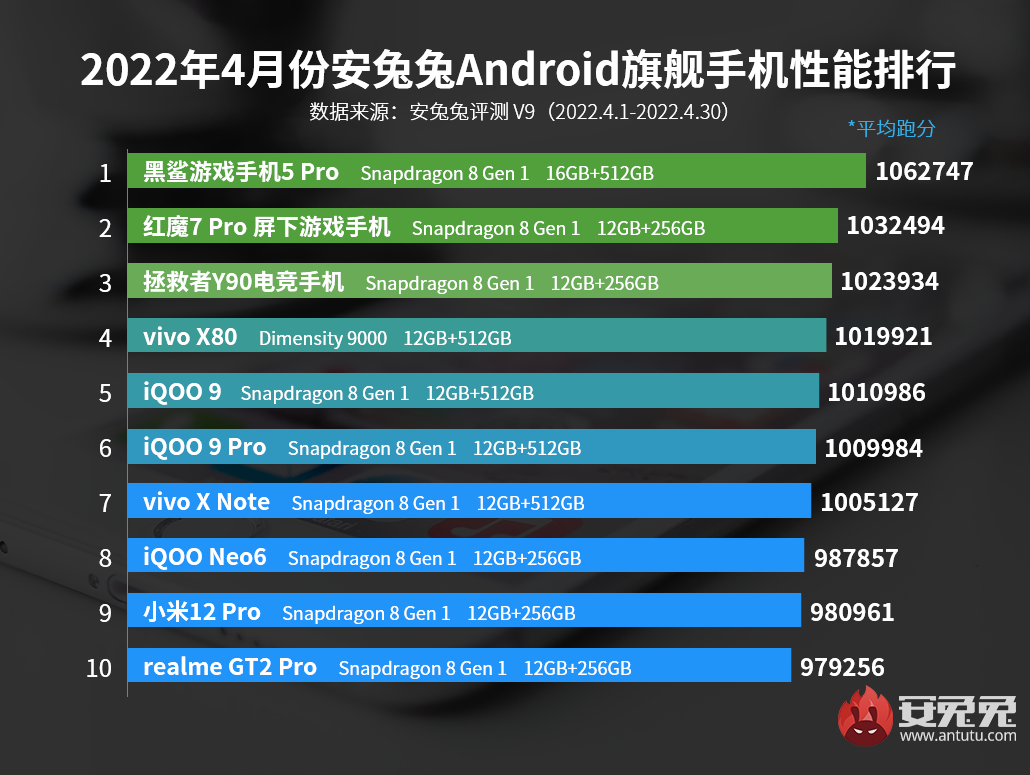 It’s the Xiaomi’s Black Shark 5 Pro which is at the top of the ranking of high-end devices. The gaming smartphone has outstripped the Nubia Red Magic 7 thanks to its Snapdragon 8 Gen 1 SoC coupled with 12 GB of RAM. In second place is Nubia’s Red Magic 7 Pro, a gaming smartphone, followed by the Lenovo Legion Y90.

In fourth place, we note the presence of the Vivo X80. It’s the only high-end smartphone on the list that doesn’t come with a Qualcomm-developed SoC. The iQOO 9, iQOO 9 Pro, Vivo X Note, iQOO Neo6, Xiaomi 12 Pro and the Realme GT2 Pro make up the rest of the ranking. 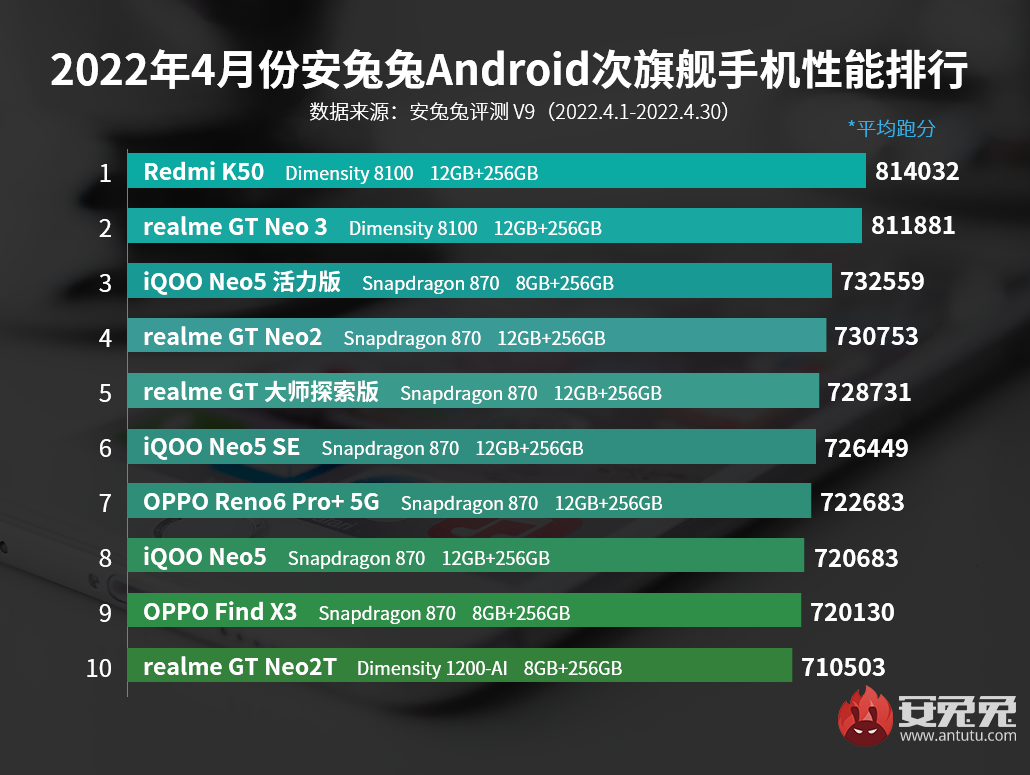 On the side of the more affordable flagships, it is the Redmi K50 which dominates. The smartphone, sold in China for a few months, is powered by a SoC designed by Mediatek, the Dimensity 8100. It is followed closely by the Realme GT Neo3, which is powered by the same chipset. The rest of the ranking is made up of the iQOO Neo5, Realme GT Neo2, Realme GT Master Explorer Edition, iQOO Neo5 SE, OPPO Reno6 Pro+ 5G, iQOO Neo5 and the OPPO Find X3. Note the presence of several devices powered by a Snapdragon 870. 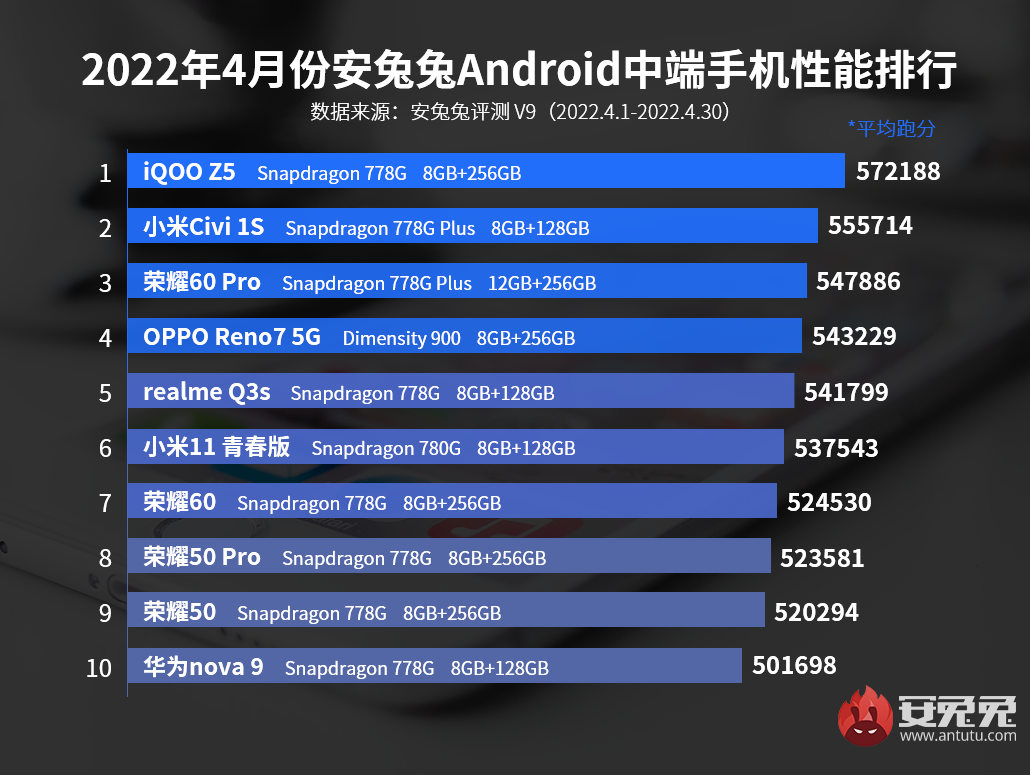 Warcraft: Origin – Cast, characters, trailer and movies of the trilogy

WSA Pacman: Installing Android apps on Windows 11, easier than ever