As part of its presentation at the Computex 2022 fair, Apacer has just revealed the first PCIe Gen 5 NVMe SSDs for the consumer levelwith some devices that will offer us impressive transfer speeds worthy of this generational leap, reaching figures of up to 13,000 MB/s reading and 12,000 MB/s writing.

Although it is not the first storage units of this type, it is the first to be fully focused on common users. Something that is especially relevant given the fact that both Intel and AMD next-generation platforms are already adopting support for this new PCIe Gen 5 NVMe SSD standard.

So that, the model presented was the Apacer AS2280F5, a PCIe Gen M.2 NVMe SSD that complies with NVMe 2.0, compatible with both the new generation and the current PCIe Gen 4, yes, at the cost of sacrificing up to half its performance. It also highlights the fact that this unit will have a single model with integrated aluminum heat sinkin addition to “the presence of multiple integrated protection technologies» advanced by the company. 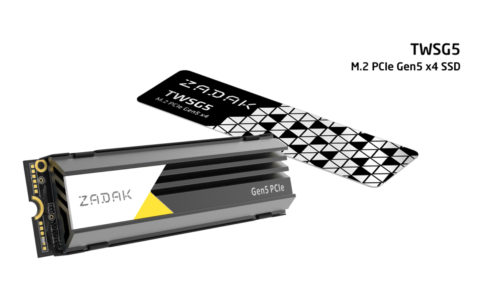 However, this unit has not come alone. And it is that Computex 2022 has also served as a stage for the presentation of the ZADAK TWSG5 Gen5 x4 SSDwith a fairly similar design and specs, but arriving with a graphene cooling pad instead of the heatsinks, thus offering two different types of dissipation material.

Without having confirmed any details about the possible prices that we could expect for both PCIe Gen 5 NVMe SSDs, beyond the presumable fact that they will arrive above the current standard, what we already know is that both components will come with a guarantee of up to 5 years by the manufacturer.

Similarly, no information has been revealed about the controller that will be used in these SSDs, although everything indicates that they could be using Phison’s E26 controller, which will be the high-end resource for many premium NVMe Gen 5 storage solutions.

Foldable smartphones will lower their base price during 2022

Pixel 6 breaks all sales records according to Google, despite conflicting figures

WWDC 2022: Mac, iOS 16, watchOS 9, all the announcements expected at the Apple keynote