Already present in the world of video games with Apple Arcade, the Apple brand could soon return to that of game consoles. It has already approached Xbox engineers.

Shaken by the acquisition of Activision Blizzard by Microsoft, the world of video games could soon experience a new upheaval. According to Windows Central reporter Jez Corden, Apple approached several Xbox engineers to build a new game console. “I’ve heard for a while now that Apple is poaching engineers from Xbox to build its own console”, claimed Jez Corden in a podcast. He nevertheless tempers his remarks by explaining that he does not know “if it will materialize” Where “if they have already canceled it”.

Cautious, he adds that he does not know “if it’s virtual reality, some metaverse thing or something like that”. Without giving much more detail, Jez Corden delivers information capable of shaking up the market and the journalist is rather renowned for his reliability. The Cupertino company has always maintained a fairly close link with the world of video games, with varying degrees of success. The success concerns Apple Arcade, which has been developing without being promoted too much by the company since its launch in 2019. In the past, the Cupertino company had also tried its luck by offering a first game console. Designed by the brand at the apple and marketed by Bandai, the Pippin debuted in 1996 and never achieved success.

From the Pippin to the Apple TV, video games have always interested Apple

At that time, competition was strong with the presence of the Nintendo 64, the Sega Saturn or the Sony PlayStation which was then making its debut on the market. Its high price was a brake on its adoption and the marketing of the Apple machine was quickly abandoned, despite a rather avant-garde concept. In addition to the video game, the console had a multimedia orientation thanks to the presence of a processor dedicated to the Macintosh. 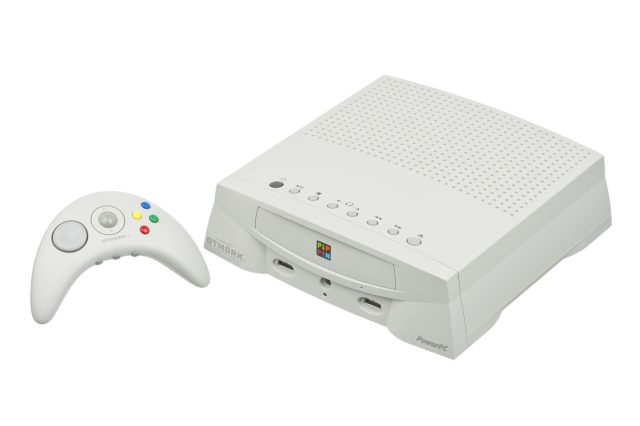 On the hardware side, the Apple TV has sometimes tended to approach a game console. The announcement of the fourth generation in 2015 marked a turning point, but the Californian group never really took the plunge. It is now a gateway to the games of the Arcade service.

A game console or a virtual reality headset?

In his speech, Jez Corden suggests that Apple’s interest in engineers from Microsoft (Xbox) could help it with virtual reality or the metaverse. The virtual reality headset project has been coming back with insistence for a few months and could see the light of day at the end of the year or in 2023. This technology must accompany the metaverse in the years to come and video games are one of the keys of the success of this fictitious virtual world. As a Tech giant, Apple has an interest in positioning itself and offering a real gaming offer in the most lucrative market in the entertainment industry.

Whether hardware support will take the form of a home console like the PlayStation 5 and Xbox Series, or a handheld device, remains to be seen. For the time being, nothing is official and it will probably be necessary to wait several months before knowing more about the intentions of the apple brand. In the meantime, the latter plans to multiply the announcements this year and to renew several major products.

LiveLink drives motorist protection with new round of investment

Wayra invests in Rosita, the Valencian app with a ‘longevity plan’