Apple has updated the Apple Leadership website to officially incorporate Stella Low as the new vice president of communication, an appointment that occurred in May of this year, but so far it seems that they had forgotten to update the leadership page of the Cupertino-based company.

Stella Low succeeds Steve Dowling, who was named vice president of communications in April 2015 and left the company in October 2020. During the interval between Dowling’s departure and the hiring of Low, the Apple member Phil Schiller temporarily held the public relations role for Apple.

On its new web page on the Apple Leadership site, Apple offers some Low’s career background:

Stella has more than 30 years of experience in marketing and communications. Before joining Apple in 2021, she was Senior Vice President and Chief Communications Officer for Cisco. He has also held leadership positions at Dell Technologies and EMC.

Originally from the UK, Stella has a degree in Business Studies from London South Bank University. He is on the board of directors of the Bay Area division of the American Heart Association.

In addition to being responsible for the public relations team, It will also manage communications with employees:

Stella Low is Apple’s Vice President of Communications, reporting to CEO Tim Cook. He is responsible for Apple’s global communication strategy, leading the public relations team and communication with employees.

Do you want to buy an Apple Watch? You should keep this in mind 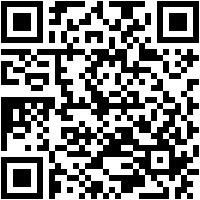 The good stuff is also free! Just like these 5 apps for iPad

Apple falls to fifth place in the global computer market