We started strong, and surely the screen of these two models is the most differential point between them, and ultimately, what can make some users of the Apple Watch Series 4 be encouraged to make the leap to the Series 5, or those potential buyers who are hesitating between these two, opt for the most recent option. The first thing you have to know is that screen sizes are exactly the sameboth Series 4 and Series 5 have two models, one 40mm and one 44mm.

The panel type is also shared by both models, being a Retina OLED display with Force Touch. However, the Apple Watch Series 5 has a key feature, since it is the first model that has the screen Always On or screen always on. This means that with the Series 5 users will have the Apple Watch screen always visible, without the need to touch it or turn the wrist to activate it and know the information on it.

It really is a great change, especially when using certain applications such as the training one, since you will be able to view the information that it is collecting at all times. In addition, you will also be able to see your spheres whenever you want, since the screen will always be on. Now, all that glitters is not gold, so pay attention to the rest of the points in this comparison because this Always On screen of the Apple Watch Series 5 affects another of the most important points when talking about a smartwatch.

One of the most outstanding points of the Apple Watch are the functions at the health level that it is capable of providing to all users who are lucky enough to be able to enjoy this device on a daily basis. As the generations go by, there are more options that Apple provides, and all this is to blame for the sensors that each Apple Watch model has. In the case of the Apple Watch Series 4 and Series 5, the difference at the level of sensors is very small, but there is a small evolution in the Series 5 that is not present in the Series 4 and that, as well as a function present in Both models that, since their implementation, have been very helpful in saving the lives of many users, but let’s go in parts. In the first place, the number of sensors does not vary from Series 4 to Series 5, but there is a small evolution, and that is that although both have an optical heart rate sensor and an electrical heart rate sensor, the optic of the Series 5 is second generation, while that of the Series 4 is first. But as we said, the great function present in both is the presence of fall detection. This functionality allows the Apple Watch to be able to call both your contacts and emergency services at any given time.

The way fall detection works is that, at the moment the Apple Watch detects a strong fall, it sends you a notification asking if everything is okay, in case you answer yes, the Apple watch will not It will do nothing, however, if you answer in the negative or even do not answer for any other reason, it will be the Apple Watch who will be in charge of notifying your contacts and emergency services so that they can help you. As we have mentioned before, this function has already served to save many lives and of course it is something that you have to value, especially those users who usually do sports activities that may entail a risk of falling.

Let’s go with the last difference that can be found between these two Apple Watch models, and it is its storage. This has been increasing as the generations have passed, well, from Series 4 to Series 5 there has been a new change since Apple Watch goes from 16GB to 32GBan improvement that involves doubling the capacity of the device. 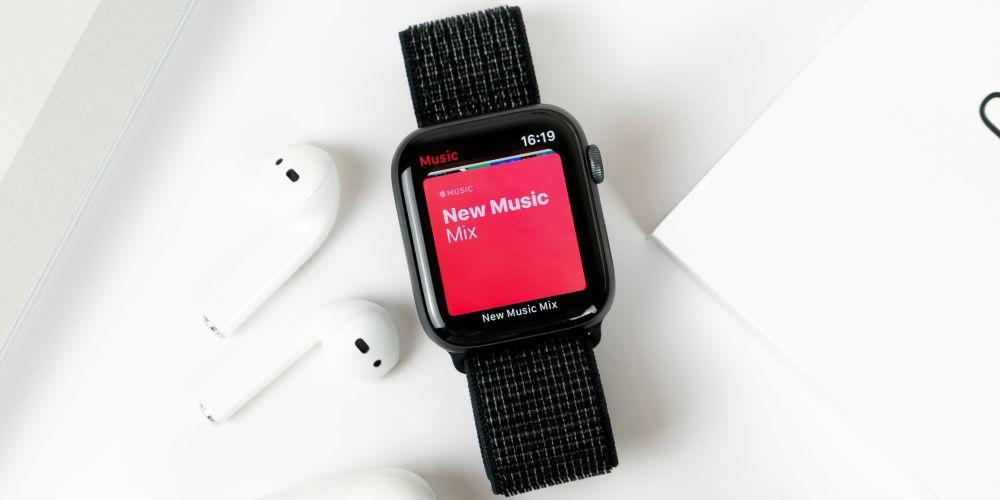 Actually, this improvement does not have much impact on the use that can be given to this device, it will simply allow you to have more saved files such as music or photographs inside the clock. Specifically, it is in this first aspect where the difference can be noticed, since now users who use their Apple Watch to go running or practice any sport without having to carry the iPhone will be able to download much more content on it than before.

One of the points where there is no difference and that, moreover, is obvious as soon as you put one watch in front of another is the design. In fact, the Apple Watch Series 4 marked a before and aftersince it has been the model that has “broken” with the design that the Apple Watch has carried since its first launch. Both leave behind the marked and square frames that the first models had, betting on somewhat more rounded lines, which also take more advantage of the screen and, consequently, give the user a larger screen than the previous 38 and 42 models. mm. Another point where they also coincide is in the available colors, being the following:

Finally, we have to talk about the battery, which is a fundamental point when evaluating practically any technological device, but even more so in a smartwatch. The reality is that neither of the two models is left over, that is, you will have enough autonomy to spend the whole day using the functions offered by this device, however, to endure another day you will have to spend yes or yes through the charger . However, and now we continue with the point that we left open when we talked about the Always On screen, you have to know that the Apple Watch Series 5 It offers a somewhat shorter autonomy with this function activated, however, if you deactivate it, its performance is slightly superior to that of the Series 4. Therefore, you will have to choose between enjoying a function that is very useful as well as attractive, or , a somewhat greater autonomy than usual.

Whenever at La Manzana Mordida we carry out this type of comparison, we like to end it by telling you what our point of view is, that is, giving you our subjective opinion. However, if you are in the position of having to choose between these two models, we encourage you to decide which of the two models is more suitable for you based on your needs and what they offer. .

For all those users who already have the Apple Watch Series 4, under no circumstances is it worth changing it for the Series 5, since the news, as you have been able to verify, are really scarce. However, for all other usersthat they come from a model prior to the Series 4, or one of these two is going to be the first Apple Watch they have, without a doubt the best option is the most recent, that is, the Series 5 since they will be able to enjoy a more satisfactory experience given the set of functionalities it offers.

An AirPower now, bugs on some MacBook Pros, and more. Best of the week on SoydeMac

Tips for changing a MacBook battery yourself