In the hardware world, most users either don’t care about these things or are prejudiced that it is always better to have a single rail power supply. However, the reality is quite different and both one and the other have their advantages and disadvantages, which is what we are going to explain in this article. However, we are going to start at the beginning because perhaps this of the rails of the power supply sounds like Chinese to more than one.

Article Index
What are power supply rails?
Single rail vs multi rail source: advantages and disadvantages
What kind of power supply should you choose for your PC?

What are power supply rails?

As you well know, the PC power supply converts the energy that comes from the socket (alternating current) into direct current that the PC can use. It does this using several different values, which is what we know as rails, and they are usually only three: + 12V, + 5V and + 3.3V. The + 12V rail is the main one (and if not, tell Intel with their standard ATX12VO) and from this it is converted, as a general rule, to the other lower voltage values.

In addition to being the main rail, the + 12V rail is the one that supplies power (among other things) to the dedicated graphics card of the system, and that is why it is of vital importance especially in a gaming PC with a powerful GPU. This rail is associated with a maximum amperage to service the connected components, and depending on its value it may not be enough to service a graphics card (but we will explain this below).

In any case, and as a summary, when we talk about a single rail or multi rail power supply, it is because it has one or more + 12V rails among which it distributes its power. You can see this summarized quite simply in the following diagram. 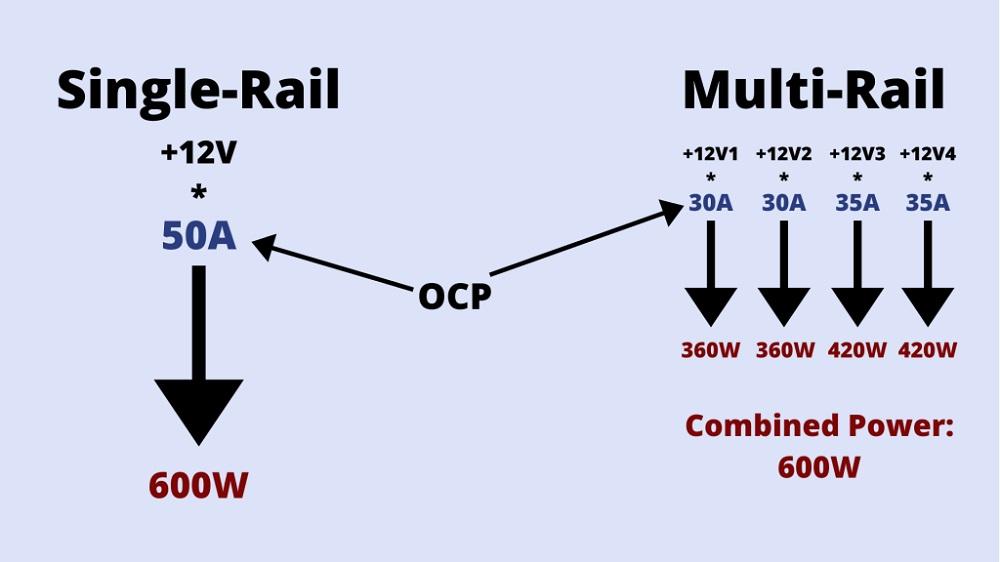 As can be seen in the diagram, which uses a 600W power supply as an example, the single rail model supplies 50 amps of current, which makes it capable of delivering these 600 watts with this single rail. power. For its part, on the right we have a power supply with several rails, two of them that supply 30 amps (360W) and another two that are capable of delivering up to 35 amps (420W), delivering a combined power of 600 watts.

It is important to understand this term “combined power”, and it has a lot to do with the term that you can see in the center: OCP. OCP is the acronym for “Over Current Protection”, one of the most important safety measures in power supplies because it is the system that ensures that no overloads occur in the power supply due to a requirement of too much current current from the device connected to the rail. We will also get into this matter shortly. 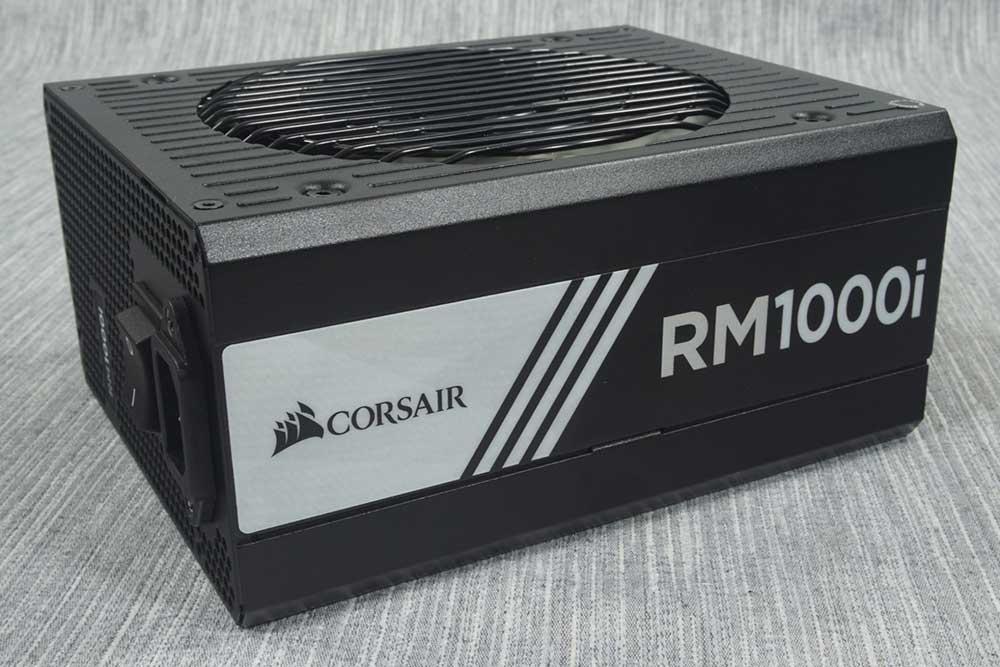 The main advantage of a powerful single rail + 12V power supply is that it is capable of supplying a higher current intensity (Amps), something may be required to service modern graphics cards. For example, an NVIDIA RTX 3090 requires not only some power from the power supply, but also for it to supply at least 40A on the + 12V rail. In a single rail source this will generally not be a problem, but if the source is multi rail it is likely that you will be forced to use several cables connected to different rails of the source to reach this value.

For their part, the main advantage of multi-rail sources is that they divide the load, so to speak, between different rails. This allows overloads to be avoided more easily, in part because each of the multiple rails has its own independent safety mechanism (OCP), but also because by carrying a lower intensity of current through the cable, cables of smaller section are needed and the mechanisms of the source heat up less, so it can also be translated into a increased efficiency general.

What kind of power supply should you choose for your PC? 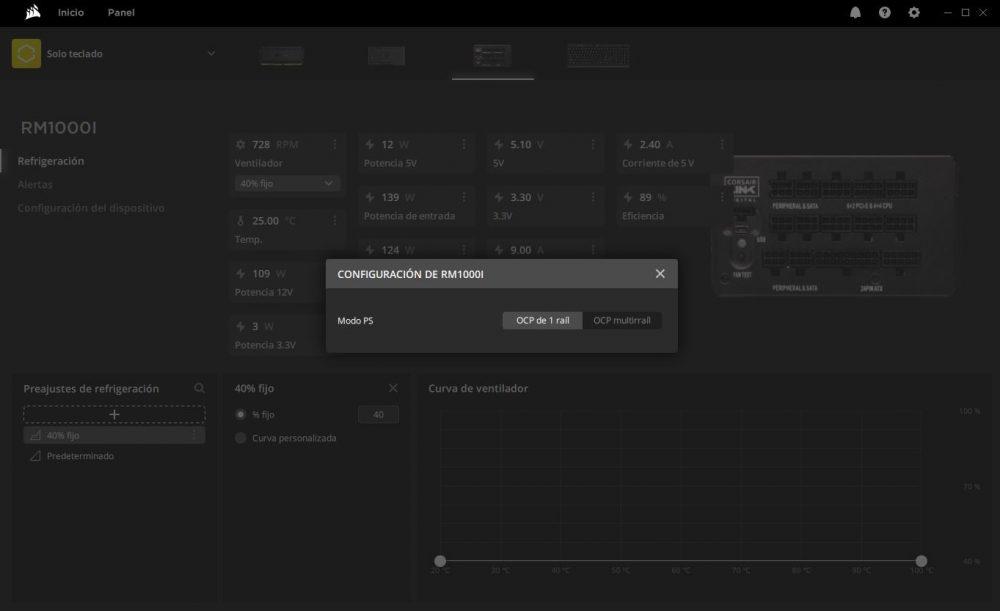 Some power supplies incorporate the possibility of choosing between a single rail and multiple rail operation, such as the RM1000i that you can see in the image above. In this case, you will need to have the software (iCUE) installed to be able to select its operating mode, but there are other models that directly have a physical switch on the back or in the area of ​​the connectors that will allow you to make the source work in one or the other mode (in this case, you must do it with the source turned off), so you can always try one or the other according to your convenience.

The ideal, although it seems contradictory to popular belief, is to use a source with several rails because, as we have said, this distributes the load, you have a greater OCP protection and in addition the efficiency is increased; However, as we have said before, this also limits the intensity of current that it is capable of delivering on each rail and can be counterproductive in some scenarios, especially when you have a high-power graphics card installed.

Therefore, if you have a very powerful GPU and you do not want to complicate your life, your preferred option should be a source with a single and powerful rail, although this does not mean that with a multi-rail source your GPU will not work, you could simply Finding yourself in the position of having to use several PCIe cables to provide service, each one connected to a different rail (in multi-rail sources it is usually indicated which connector goes to which rail in the connector area itself).