Android Studio is Google’s official IDE for creating applications from scratch for Android. Originally, apps for this operating system were designed using a modified version of Eclipse, another popular open source programming IDE. However, in 2014, Google decided to launch its own development environment (based on IntelliJ IDEA) specialized in creating apps for this operating system.

Some of the many features that this IDE for Android offers are:

In addition, Android Studio includes a complete android emulator. This emulator will allow us to emulate a device (of whatever type, with the characteristics we want) and install the Android version we want on it. Thus, we can test our applications in real time in this emulator and get an idea of ​​how they work. In addition, the emulator is one of the fastest that we can find, being able to have an almost real device experience.

We can download this programming IDE for Android for free from this link. The web will automatically detect which is our operating system and will allow us to automatically download the version that best suits our equipment. We can also see all the different editions in the section «Download Options«.

The requirements to be able to install and use Android Studio are:

Once the Android Studio installer is downloaded, we run it to start installing the IDE on our PC.

How to install Android Studio

The first thing the installer will do is analyze our system. Once it is finished (it takes a few seconds) we will be able to see the first step of the wizard. In it we will have the option to erase the previous versions of the program, if we have them, to free up its hard disk space. If you do not have previous versions installed on your PC, the previous step will not appear. We can now see the Android Studio installation wizard itself. We click on «Next» to continue with the wizard. In the next step, what we must do is choose the components that we want to install. The ideal is to select and install the two that appear to us. In the next step, what the installation wizard will offer us is the possibility of choosing where we want to install the program. The default path will be: C: / Program Files / Android / Android Studio. And also the folder of the start menu where we want to create the shortcuts. Even, if we prefer, we can not create the entries in this start menu. Finally we click on «Install» and the copying of files will begin. This process may take more or less time depending on the power of our PC, but it usually takes less than a minute to have Android Studio ready. We already have the programming IDE installed on our PC. When we open it, the first thing we will see is the wizard to create a new project. And, at the end of the wizard, we will be able to see the IDE as such, with its code editor and all the functions and tools that it offers us. How to update Android Studio

Every so often, Google tends to release new versions of both its programming IDE and the components that make it up. Luckily, when a new version of the IDE comes out, it is not necessary to download it again and install it on the computer by following the steps we have just seen, but we can use Android Studio’s own updater to update the IDE.

To do this, we will click on the «Help» button at the top, and select the option «Check for Updates«. We can see a window like the following one in which a summary will appear with everything that is going to be updated. We click on «Update now»And a new assistant will appear. What we will have to do in it is accept the license terms of each of the components that are going to be updated. When it is ready, we click on «Next» and the download and installation of all Android Studio updates will begin. Depending on the components to update, this process may take more or less time, and will depend directly on the connection speed of the PC. We must wait for the download and installation to finish. We can leave it as is, waiting for it to finish, or send it to the background from the “Background” button. While the settings are being applied, we may come across some additional settings, like the one we can see in the following example to adjust the memory of Android virtual machines. 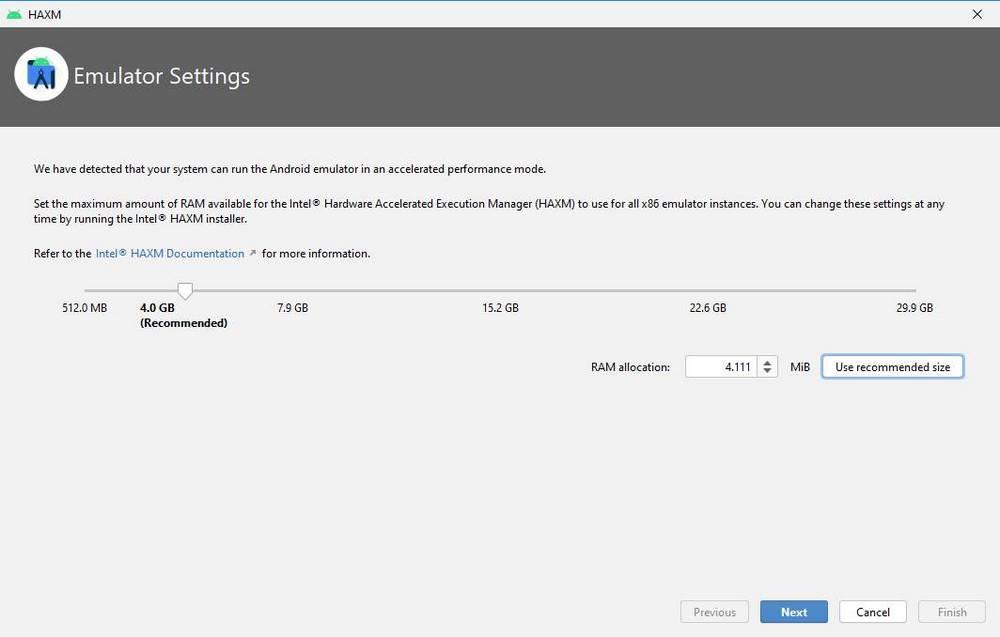 When the update process is finished, we will be able to see a summary like the following one. We already have our Android Studio up to date, and we can enjoy all the advantages and characteristics of the programming IDE and all the components that make it up, which are not few. Does Windows Defender no longer protect you? Loses the title of best antivirus