Republic of Gamers (ROG), the elite among ASUS brands, has just announced the Rapture GT-AX6000, a router of spectacular design and high performance to take full advantage of Wi-Fi 6 and with gamers as the main objective.

More and more devices are supporting the most advanced version of the wireless standard, Wi-Fi 6. Thanks to more efficient use of spectrum and other optimizations, the standard quadruples the speed of Wi-Fi 5 offering performance of up to 10 Gb / s. It is the theoretical maximum and it will probably not be reached, but there is no doubt that such high performance will help to dispense with Ethernet and its cables in many network environments.

In addition to client devices (most of the newer ones support it) it is obvious that they need a router compliant with the norm to extract their full potential. We have already announced models for the entire market gap and today we bring you another of the good ones: ASUS Rapture GT-AX6000.

Its design is visually aggressive and futuristic with those four high-gain, detachable external antennas. Supports 4 × 4 dual-band Wi-Fi 6 and offers combined speeds of up to 6,000 Mbps, 1148 Mbps in the 2.4 GHz band and 4804 Mbps in the 5 GHz band.

And it is not only pure speed, since the router takes advantage of another of the great improvements of the standard is its ability to handle multiple connected devices, which have grown in number dramatically in recent years. With a combination of channels in 160 MHz bands, OFDMA and MU-MIMO technologies, this router promises to provide up to four times more network capacity and efficiency in high traffic environments, making it ideal for densely populated networks.

The Rapture GT-AX6000 is powered by a Broadcom CPU quad-core and 64-bit 2.0 GHz. Also the wireless module is from the same manufacturer. ASUS brings technologies like RangeBoost Plus to increase signal range or ASUS AiMesh that gives users the flexibility to create a true whole-home mesh Wi-Fi network.

To increase its versatility of use in wired networks, it includes two 2.5 Gbps ports, one of which can be configured as a WAN or LAN port. WAN aggregation allows you to combine a 2.5 Gbps port with a 1 Gbps port to unlock up to 3.5 Gbps of WAN bandwidth, fast enough for the most advanced ISPs. This Internet bandwidth can be shared over Wi-Fi 6 or with the second 2.5 Gbps port in LAN mode. 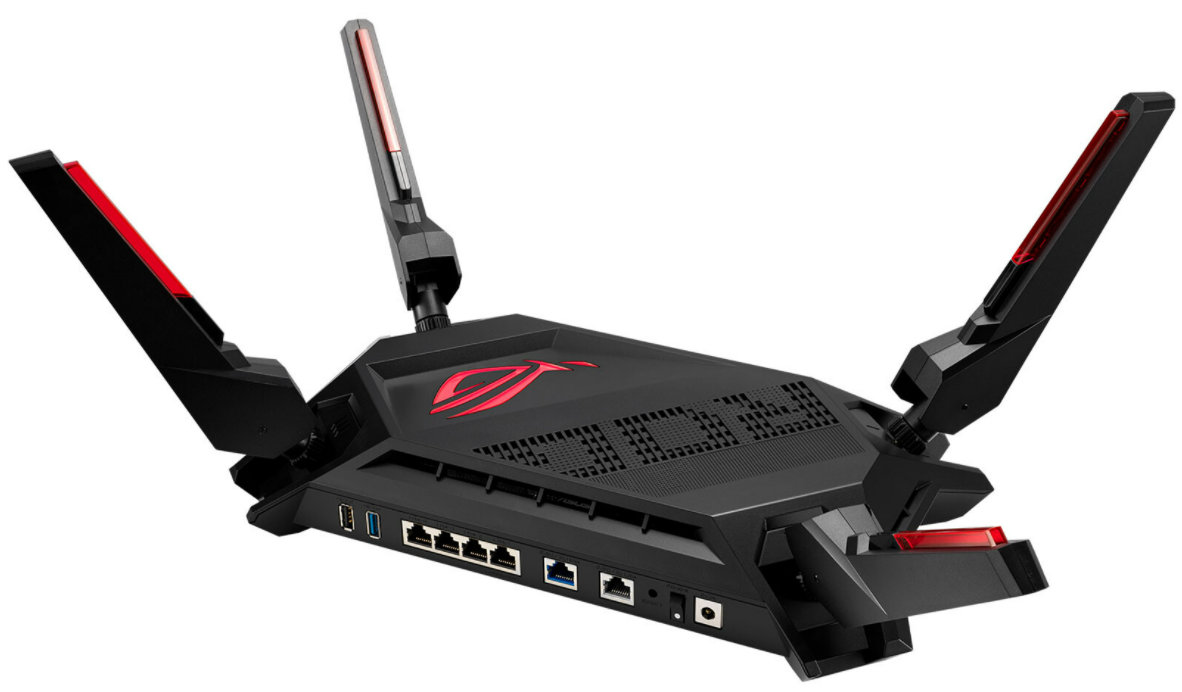 Finally, highlight the fully customizable ASUS Aura RGB lighting effects that make this router a visual spectacle. ASUS promotes this ROG Rapture GT-AX6000 for all kinds of players, mobile devices, consoles and PCs, although it would really be welcome in any home for multitasking.

Samsung closes the Tizen Store, one of the last leftovers of its Android alternative

Willem Dafoe tells how he stayed hidden on the set of Spider-Man: No way home

This is how the TikTok retweet works, which will soon reach everyone