The ROG Strix G15 Advantage Edition was already presented days ago, but it has not been until now that Asus has confirmed its availability in Spain of the device, the first in the world to equip the latest AMD technology in both CPU and GPU to offer the best performance possible.

This is the Asus ROG Strix G15 Advantage Edition AMD

First of all, Asus wanted to emphasize the advanced cooling system of this gaming laptop; According to them, ROG smart cooling takes this performance to the next level Strix G15 Advantage Edition by incorporating a liquid metal compound for both the CPU and the GPU, thus ensuring the best heat transfer. In addition, its heatsinks feature vapor chamber technology to improve efficiency and completely cover all critical system components, including its 16-phase VRM assembly.

Leaving aside its advanced and careful cooling system, there is no doubt that if this laptop stands out for something it is for its hardware. To begin with, it is the first in the world to incorporate the new Radeon RX 6800M, based on RDNA 2 architecture and with plenty of power to run all existing triple-A titles smoothly. Asus boasts that, thanks to its cooling system, the graphics reaches 2,600 MHz in Turbo mode, which is not to say little.

On the other hand we have the powerful CPU AMD Ryzen 9 5900HX, manufactured with 7nm lithography and with 8 cores and 16 processing threads to accelerate multi-threaded workloads. The advanced cooling of this CPU is capable, according to the manufacturer, of dissipating up to 90 watts of heat on its own, so they urge users to increase their operating frequency by Overclocking using their ROG Armory Crate software. 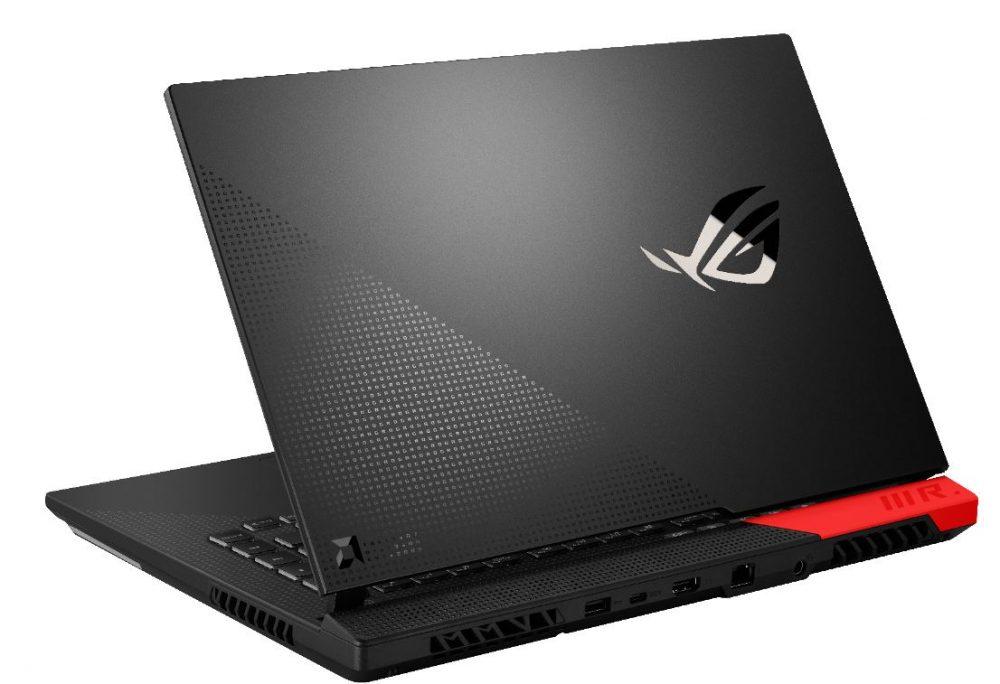 Thanks to AMD hardware, this gaming laptop incorporates exclusive AMD SmartShift and Smart Access Memory technologies that optimize the CPU and GPU work together. SmartShift dynamically improves performance by adjusting CPU and GPU power based on workload, so that when you are running a game the system automatically derives resources to the component that needs it most. According to data from AMD, this technology can improve performance by up to 15%.

For its part, technology Smart Access Memory improves data transfer between CPU and GPU so gaming performance is not compromised. Conventional systems only allow the CPU to access a small part of the graphics memory of the GPU, creating bottlenecks, but with this technology and thanks to the PCI-Express interface, the CPU can access all the graphics memory to accelerate much more computing power in games.

In addition to the aforementioned, these ROG Strix G15 Advantage Edition gaming laptops have different variants in terms of hardware configuration, and can be purchased with up to 32 GB of DDR4 3200 MHz RAM and up to 1 TB of NVMe SSD storage. All in all, the laptop incorporates an additional easily accessible M.2 slot so that users can add additional storage if we want. There is also a configurable perimeter RGB lighting, WiFi 6, 2.5G LAN and everything you might need in a laptop designed for games.

Screen and sound optimized for gaming 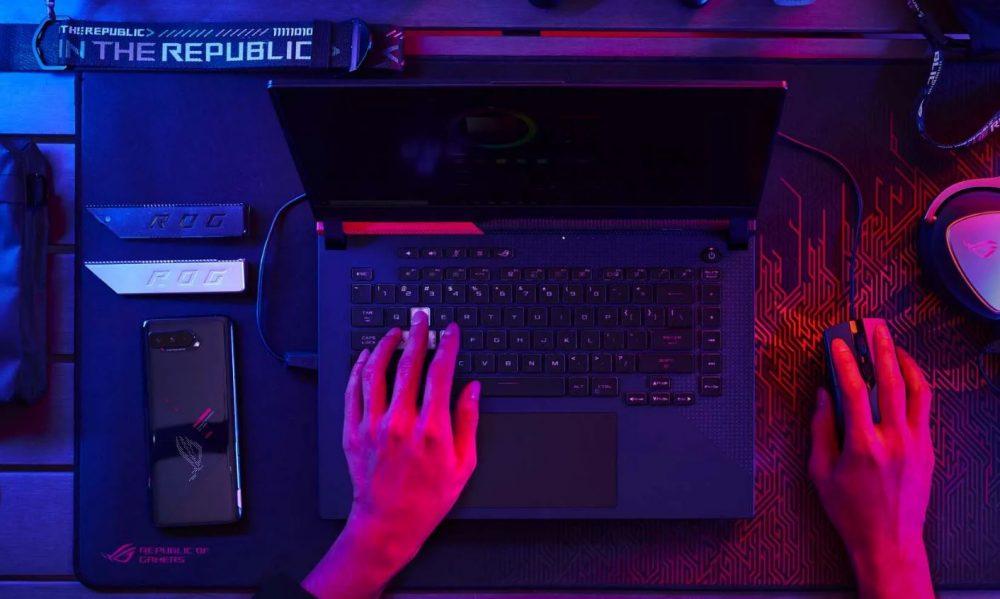 The Asus ROG Strix G15 Advantage Edition laptop also boasts one of the best gaming displays ever built into a gaming laptop. It is a 15.4-inch LED-IPS screen with ultra-thin bezels that carries a panel WQHD (2560 x 1440 pixels) with a refresh rate of 165 Hz and only 3 ms of response time, a screen that of course has variable refresh rate technology AMD FreeSync Premium for the best smooth gaming experience.

Despite the fact that the screen is so extremely fast and with FreeSync Premium, that does not mean that it does not have an excellent color reproduction and is that according to Asus it has complete coverage of the DCI-P3 color space, so that we can see games with more vivid colors and rich in nuances than with conventional laptop screens.

For its part, the equipment incorporates two Smart Amp stereo speakers that fire the sound directly to where the user is, something that is complemented by the technology Dolby Atmos to create a multi-dimensional sound environment rich in detail and with virtual 5.1.2 surround sound for headphones.

How could it be otherwise, the equipment also has bi-directional noise cancellation through AI that is capable of eliminating up to 95% of the background noise from the audio input and output, significantly improving the listening experience but also the capacity communication, something vital in online games. Developed using a deep neural network, this algorithm can be used with any microphone (and not just the integrated one) and can be configured independently by application, so that users can filter chats in real time. 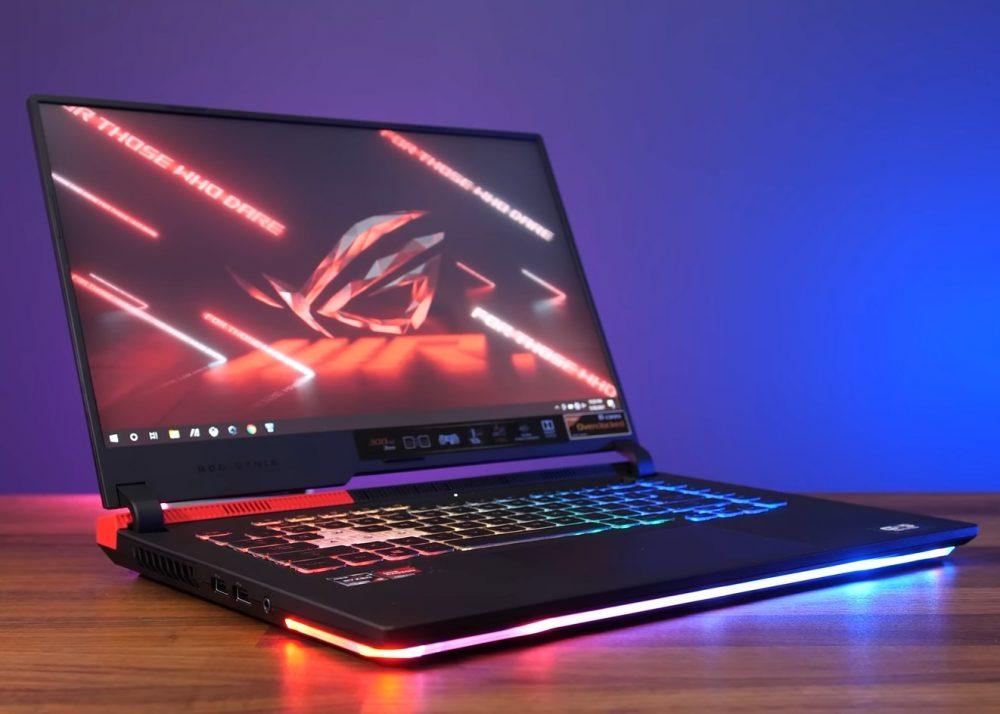 Although at the time of the announcement it is not yet available in stores, Asus has said that it is already available with a price that depends on the chosen hardware (basically the capacity of the RAM and the SSD) but that part of the 2,099 euros. We will have to wait for it to be available in stores to be able to configure how much the top-of-the-range version would cost us, but following the line of this manufacturer we can assume that it will easily be around 2,500 euros.

Discover the advantages offered by this function of WinRAR

The Steam Deck will be difficult to repair: deficiencies in the design?

These are the best CPUs for playing PS3 games on PC