ASUS ROG Rapture GT-AX11000 Pro is the new router that the Taiwanese manufacturer has presented to reinforce its catalog of network devices. The model that we bring you today is focused on Gaming (although it can really be used in any scenario) and is impressive in performance and design.

To do this, the manufacturer includes a series of technologies to expand coverage such as ASUS RangeBoost Plus and support for ASUS AiMesh mesh networks, which allows users to combine AiMesh routers to create a wireless mesh network for the whole home, eliminating the usual dead spots.

The design of this router is visible and it is really spectacular with those eight external high-gain antennas. It’s not far behind in performance, as it’s a tri-band 4x4x4 for Wi-Fi 6E that offers combined speeds of up to 11,000Mbps. Its two 5GHz bands and one 2.4GHz band are fully backwards compatible with older Wi-Fi devices, while newer ones can take advantage of advanced technology to improve connection speeds and signal strength. .

The 5 GHz band offers additional U-NII 4 spectrum at 5.9 GHz, unlocking access to less congested airwaves for more consistent downloads and streaming. This device provides access to a 160 MHz high power third channel for greater network capacity, and of course it has OFDMA and MU-MIMO technologies.

We also have good news for those who prefer wired networks, since the router has two 2.5 Gbps and 10 Gbps WAN ports, and it can be easily switched to LAN operations to increase transfer speeds within the network. It also has four Gigabit Ethernet ports, two of them with link aggregation. 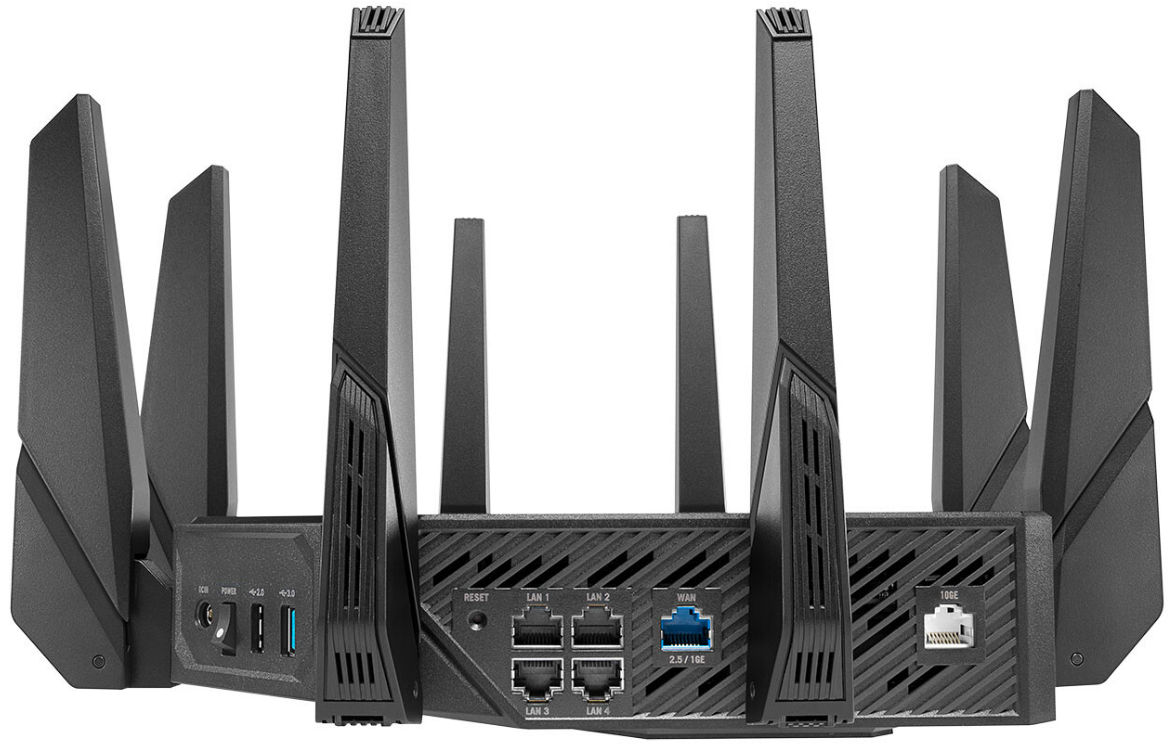 Although as we said it can be used in any scenario, games are his main goal and for this the manufacturer stabilizes connections to prevent jitter, reduce lag, lower ping, and increase speed. For this, andTraffic is optimized at every link in the network, from the user to the game server on the other side of the world. In terms of customization, the router has a ROG logo on top that features customizable Aura RGB lighting and effects.

This ASUS ROG Rapture GT-AX11000 Pro router is really impressive, for which availability or price have not been provided. If you want to know how to choose the best router and a selection of offers, do not miss our Guide to these important devices.

The Sennheiser HD 599 headphones are 50% off at Amazon

Health insurance: your vital card will not expire, this SMS is a scam

Microsoft “shoots with a bullet” in the trial against Apple