I have to admit that Asus VivoBook 13 Slate OLED presentation it has given me a breath of fresh air. And it is that since the presentation, last week, of Alder Lake-S, the new generation of Intel processors has become the absolute protagonist of presentations and press releases. Which I understand perfectly, of course, but I recognize that these days, seeing a technological event not related to the new generation, has been a change of registry that I have appreciated.

But hey, let’s talk about the Asus VivoBook 13 Slate, a convertible that from the first glance already enters through the eyes. And it is that, although we are not talking about a tablet purely, it is quite close to what I have been waiting for in the market for a long time, and that I have already commented on more than one occasion: high-end tablets to compete with the iPad. Of course, with the steps taken by Apple to make the iPad more of a convertible than a tablet, it places it face to face, along with the Surface Go 3 as the third in contention. A most interesting competition, without a doubt.

With a 13.3-inch OLED touch panel, with FullHD resolution (1,920 x 1,080 dots with 16: 9 aspect ratio), the Asus VivoBook 13 Slate’s display achieves a 550 nit brightness, to which he adds a color calibration in which Asus has put a lot of dedication. In addition, thanks to the brightness of the OLED screen, the company claims that less brightness is necessary for a correct display, as well as that they have been able to reduce much of the blue light common on screens, thus reducing both visual fatigue and the negative effect of this light on falling asleep.

Inside the Asus VivoBook we will find a Intel Silver N6000 Quad Core SoC at 1.10 gigahertz but with a boost function up to 3.30 gigahertz and with a variable amount of both RAM (between 4 and 8 gigabytes LPDDR4x) and storage (between 128 and 256 gigabytes). The whole is fed with a 50 watt hour battery which, according to manufacturer data, can offer a range of up to nine and a half hours.

A key aspect of the Asus VivoBook 13 Slate has to do, without a doubt, with its modes of use. And it can be used as a tablet, it has a support to support it (and even use it as a television, according to Asus). As for the keyboard, it is attached to the screen by magnets, which allows us to remove it if we do not want to use it, making the device even lighter. Further, it also has an Asus Pen 2.0, a touch pen with three tips that provide different sensations, and that allow you to take advantage of the 4,096 levels of pressure on the screen.

Regarding its connectivity, in the Asus VivoBook 13 Slate we find the wireless part WiFi 6 and Bluetooth, which are complemented by two USB-C ports, a minijack connector for headphones and microphone and a memory card reader. And although it is not a means of entry to use, also has a biometric sensor (fingerprint) on the power button. 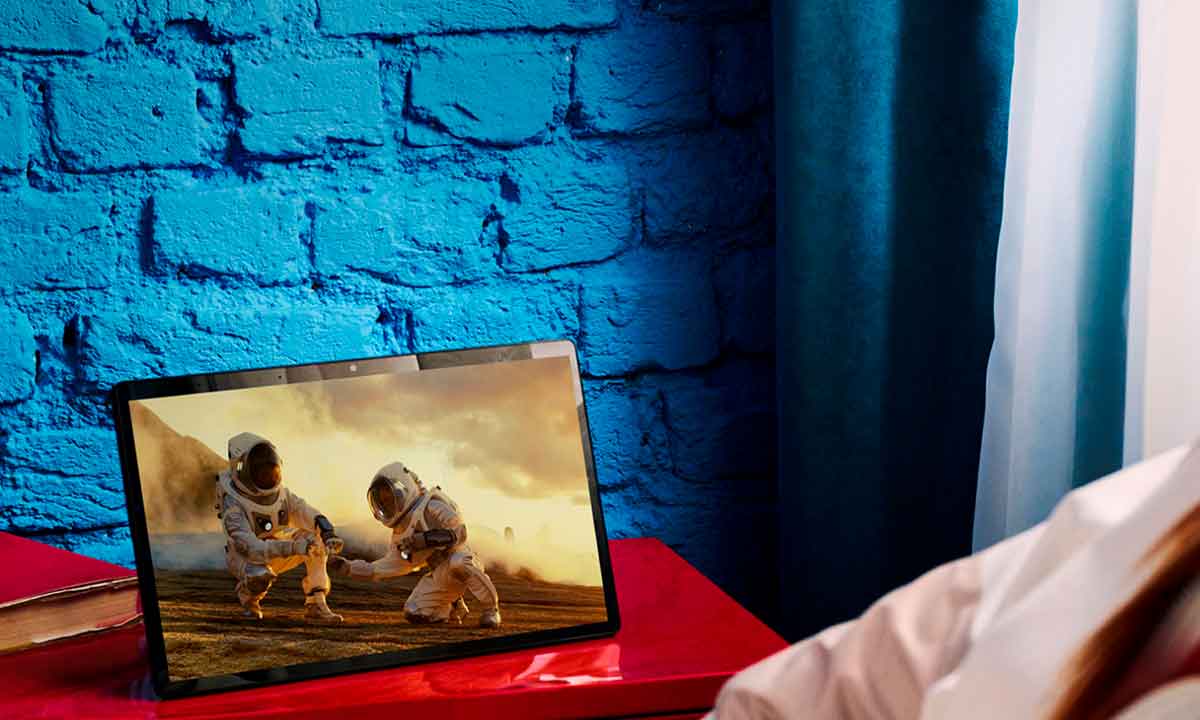 To its brand new OLED screen, a sound system composed of four Dolby Atmos compatible speakers and two cameras, a front 5 megapixel and the main one, at the back, 13, which have been designed with the use of this VivoBook 13 Slate to hold video conferences. And to improve the quality of them, your sound system has noise reduction functions.

There is still no date for the arrival of the Asus VivoBook in Spain, nor prices for Europe, but we do know that the price of the model with 4 gigs of RAM and 128 gigs of storage will be only 599 dollars.

Steven Sinoskfy claims Windows 8, but acknowledges that the changes were too many