The size of the wafers on which the chips are made has not always been the same. Over time these have been increasing their size in order to be able to manufacture more chips per wafer. The current shortage again raises the possibility of increasing wafer sizes. But, is it a viable solution that can be done in the short term in order to solve the problem of lack of chips today?

To understand how the transfer to 450 mm wafers for production would affect the production of the different chips, we are going to carry out a small exercise. For this we will take a hypothetical 15 mm chip per side, manufactured under a manufacturing node with an error rate of 0.1.

So we have used an online tool, which tells us how many good and bad chips would come out on average in each wafer, to visually show you the result. 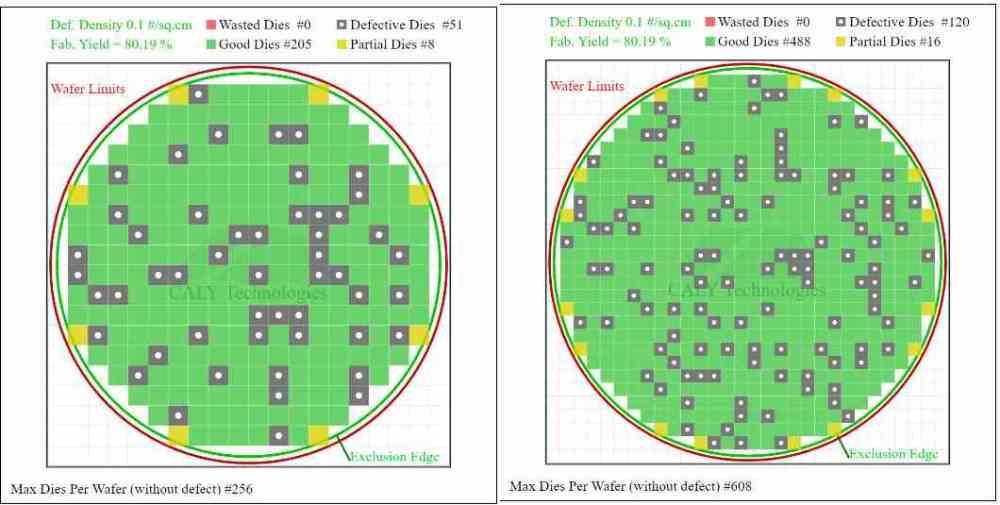 Using a 300 mm diameter wafer, as you can see, we will obtain 205 fully functional chips, discarding 59 of them, 8 of which would be partially built chips because they are on the edges that delimit the cutting area. On the other hand, manufacturing the same chip with a 450 mm wafer, the number of good chips would become 488, but a total of 136 would be discarded, of which 16 would be due to being on the edges. The yields that are the percentage of chips in both cases would be 80.19%, so in that regard, using a 450 mm wafer does not represent an advantage regardless of the size of the chip. 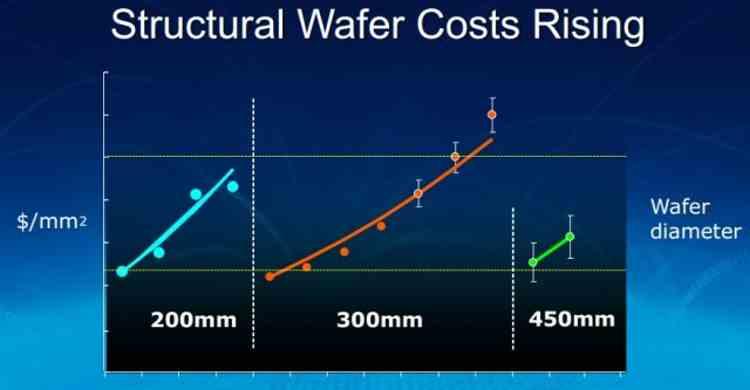 So what would be the advantage? The cost of the 450 mm wafers would be much less than the 300 mm ones, which would in theory mean not only a greater number of chips and in theory cheaper chips. Unfortunately, things are not like that and a number of additional problems have to be taken into account. 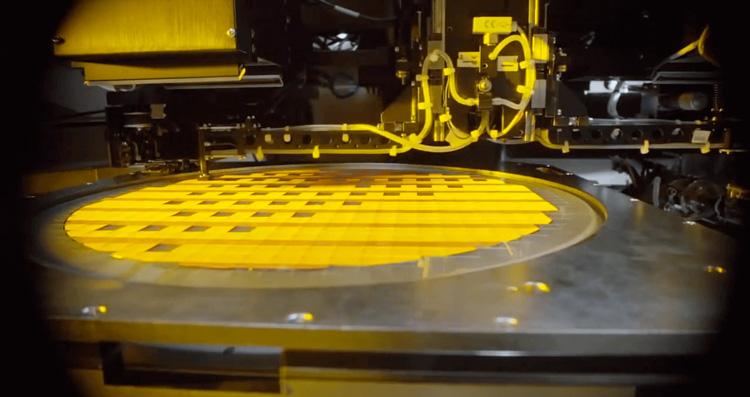 The idea of ​​making a transition to the 450 mm diameter input part with the problem of the availability of the silicon ingots from which the chips are manufactured. These silicon ingots are built after a chemical process to obtain a purity of 99.9%, but not all the silicon goes to these ingots and a much smaller percentage than the 300 are manufactured at this time. Which affects the subsequent production of 450mm wafers.

It is important that a factory can print a quantity of chips on its 450mm wafers higher than its 300mm wafers in order to increase production so up front it will need a large enough quantity of ingots and this means more silicon purified. But, since we are talking about factories, all of them are prepared so that their machinery works with the 300 mm wafers, suddenly we find ourselves having not only to set up an entire factory, but also to develop new machinery that adapts to the new size of wafers.

All these problems they would end up charging a premium on the chips, but in a much larger way, since for example the wafer transport systems that exist throughout the factory are designed to move 300 mm wafers. So even that detail would have to be updated by making changes at the level of the entire factory.

3 Reasons Why You Should Reset Audacity Settings

The CORSAIR 5000D AIRFLOW case is on sale at a minimum price!