Blizzard formalizes the development of a new survival game, which takes place in a new universe created for the occasion and which already promises to be epic.

What timing! We are barely recovering from the announcement of the takeover of Activision Blizzard by Microsoft (which should be effective in June 2023) when Blizzard announces a huge surprise to us on January 25, 2022: a new game. And that’s not all, since it is a completely new license. The latest was Overwatch in 2016 and historically, Blizzard takes very few risks by recycling its universes already well known to the public: Warcraft, Diablo, Starcraft…

A survival game in a new universe

For this first contact with the game, which is likely to be talked about a lot in the months and years to come, the publisher shares only little information. The title does not yet have a name, but we know that it is developed both for consoles and PC. It’s not surprising, Blizzard is very tied to the PC ecosystem, but has opened up more and more to consoles (Overwatch, Diablo III). There is even talk of a potential port of World of Warcraft on Xbox following the acquisition of the group by Microsoft.

The second interesting element is that it is a survival game. However, no gameplay mechanics are detailed, and we guess that the project is still at a very early stage of development. Moreover, the announcement does not seem so much intended for players, but rather for developers who might be interested in joining the team since Blizzard is taking the opportunity to let it be known that it is recruiting for this new game. Artist positions, of designers and engineers are particularly vacant. 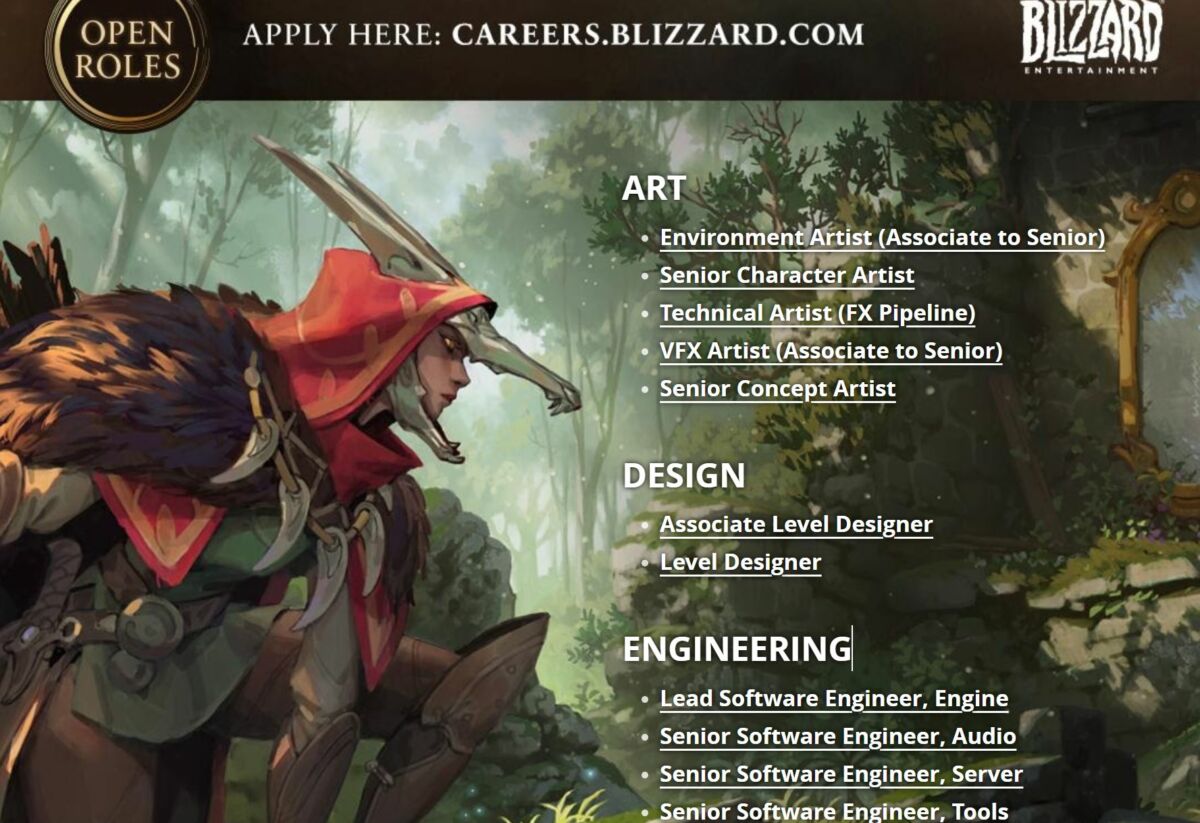 Blizzard evokes “a journey to a whole new universe”a “place filled with heroes we have yet to meet, stories yet to be told and adventures yet to be experienced”insisting on the fact that it is a whole new environment created for the occasion, there is no question here of ending up in Azeroth or Sanctuary for example.

We didn’t necessarily expect a project of this magnitude to be announced now, between the news surrounding the takeover, the postponements of Diablo IV and Overwatch 2, as well as internal events within Activision Blizzard (accusations harassment and toxic workplace culture, willingness of employees to form unions). The surprise is nice, but we may have to wait a long time before having other news, official at least, of the project.

The most used emoji in 2021, not even the pandemic has made us stop smiling

Spotify: a lot of noise and few podcasts