The price of Bitcoin has just plunged below the $39,000 mark. So the war in Ukraine continues in spite of the sanctions coming from the West, the financial markets continue to fall in the world.

The war in Ukraine has severely weighed down the financial markets. As the Russian strikes continue tirelessly, European stock markets continue to unscrew. The CAC 40 fell by more than 10% last week. This is the sharpest drop in the stock market index since March 2020 and the crash caused by the Covid-19 crisis.

In this troubled context, 6.7 billion dollars were withdrawn from equity funds in Europe. Same story in Asia. Goldman Sachs believes the situation is “worse than in our pessimistic scenarios”. Investors fear that the armed conflict initiated by Russia continues despite the many sanctions put in place against Moscow. In a telephone interview with Emmanuel Macron, Vladimir Putin has also pledged to achieve his ends “either by negotiation or by war”.

Read also: The price of Bitcoin would not go up before 2024, here is why

The war between Russia and Ukraine has also affected the cryptocurrency sector. Initially, Bitcoin took advantage of the interest of the Ukrainian and Russian populations to regain momentum. After a sharp drop, the queen of cryptocurrencies has briefly earned its safe haven status rising above $44,000.

As the Russian ruble plummets and financial sanctions against Moscow pile up, many Russians have turned to Bitcoin to quickly transfer funds. Fearing that the Kremlin does not requisition their savings, Russian investors have increased transactions in crypto-assets. Same story in Ukraine, where the population is subject to banking restrictions. The central bank limits bank withdrawals to 300 euros per day to stem a possible flight of capital.

After this unexpected bullish phase, Bitcoin fell 6% in 24 hours, despite several rebounds in the middle of last week. The digital currency ended the week below $39,000. As always, King Bitcoin dragged down the rest of cryptocurrencies. The cryptocurrency market lost $78 billion last week.

In a post on Twitter, German-born market watcher Holger Zschaepitz said the decline is likely to continue. The expert believes that Bitcoin will fall around $36,000 in the near future. “Economists have cut their growth forecasts and increased their inflation projections”warns Holger Zschaepitz. 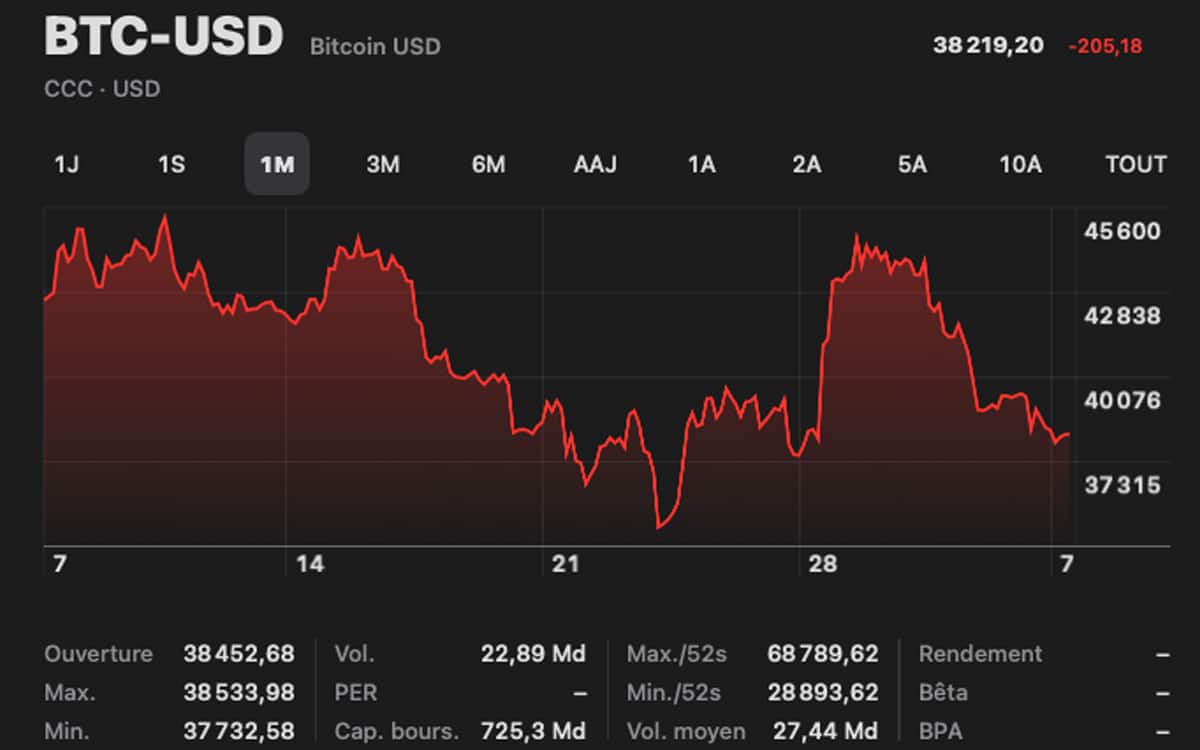 DirectStorage on PC shows its potential, improving load times by up to 70%

Google will show cloud games in the results

This was and was not the Microsoft Surface Duo Mini