Article Index
Rumors and patents attest to his research
If true, when would they hit the market?

Rumors and patents attest to his research

Indeed, Apple is no stranger to the development of folding phones. When the first models with displays of this type were launched, especially those from Samsung, all eyes were on Apple and there was a division of rumors. Or rather opinions if we take into account that they never provided evidence. Some analysts close to the company said that in Cupertino they had no intention of launching an iPhone with similar characteristics. Others affirmed the opposite and even gave the year 2020 and 2021 as possible dates. There was even talk that the company had more intention to focus that technology on its iPads.

Based on the patents registered by the company in the last two years, both those that have been granted and those that have not, we can see that there is at least an interest on the part of Apple in this type of technology. Earlier this year it even leaked that They had two foldable iPhone prototypes who had passed the endurance tests. Tests that, curiously, consisted of folding and unfolding the devices approximately 10,000 times in order to ensure that they were not damaged.

And although models or diagrams of any kind could not be shown, they did affirm that it was two very different types of folding. On the one hand, a smartphone type Samsung Galaxy Fold or Huawei Mate X, with a folded main screen of a similar size to the current ones and that when folded expanded to the size of an iPad mini approximately. On the other hand, there was talk of a format with several folds whose shape was not exactly known, but which was said to take up very little space in its original size when closed.

If true, when would they hit the market?

It is not known if it will eventually be 1, 2, 3, 4, or even none. The fact that nothing has been officially announced by Apple means that on the horizon we can have a multitude of possibilities and in such complex development processes, what one day seems certain can be ruined the next day. Therefore, within the caution required to make speculations of this type, what seems clear is that it won’t be this year.

When we are in the middle of July 2021, there is no evidence that we will see phones of this type before the end of the year and although 2022 has not yet started and few know what will happen, it seems that it would not be the year chosen by Apple for your iPhone Fold. If we take into account the information of prestigious analysts such as Ming-Chi Kuo, with sources close to Apple’s production chain, we would go to 2023 as one of the key years. 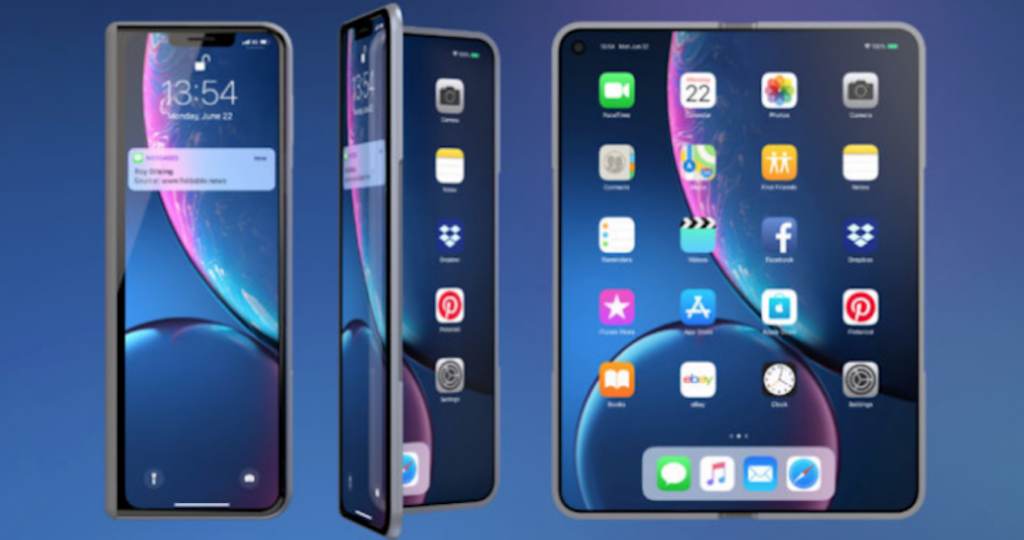 Even in settings like Kuo’s it has been said that it would be LG one of the suppliers of the screens, although it would not be ruled out either Samsung. Not surprisingly, the Korean company is already one of the current iPhone screen providers and they are the main exponents of this type of technology with their own folding devices.In any case, we insist on emphasizing the unpredictability of these issues, giving For sure if you were waiting for an Apple phone with this technology, you will have to wait at least a couple of years.

Microphones to do your interviews and more with your iPhone