Adoption of the cloud continues to rise in all industriesBut cost management and regulatory requirements remain top concerns for companies around the world, according to a new report from O’Reilly.

Based on the answers to the usage questions on public clouds, private clouds, hybrid clouds, or multiclouds, the report found that cloud adoption is between 89-93% of all respondents. 47% percent said their organizations are pursuing a cloud-first strategy, while 30 percent said their companies already work natively in the cloud and 37 percent say they plan to do so within 3-5 years .

While a further boost from the COVID pandemic could be expected, growth has been steady in recent years. On average, el 90% of respondents say their organizations use cloud computing, compared to 88 percent last year. Although it’s just a small increase, with nearly half (48 percent) saying they plan to migrate 50 percent or more of their applications to the cloud next year.

Not everything is congratulations and there are aspects to be solved. The regulatory requirements (21 percent) and costs (19 percent) are the top challenges among organizations not currently using cloud computing.

“It is a common misconception that cloud computing is inexpensive, which is simply not a reality on a corporate scale.”explains Mike Loukides, O’Reilly’s vice president of content. «It shouldn’t be an obstacle to adoption when weighing the cost of migrating workloads to the cloud against potential outages and outages on traditional on-premises systems that cannot handle heavy load or traffic spikes. This will become especially apparent to the retail industry as we approach the holiday shopping season. “, they clarify.

Other interesting data that the survey returns refers to suppliers. Amazon Web Services with 62% it continues to lead the most used cloud solutions, followed by Microsoft Azure (48 percent) and Google Cloud (33 percent). In any case, the majority of respondents said they use multiple providers. In regions like Europe, the use is more even between the two big ones: 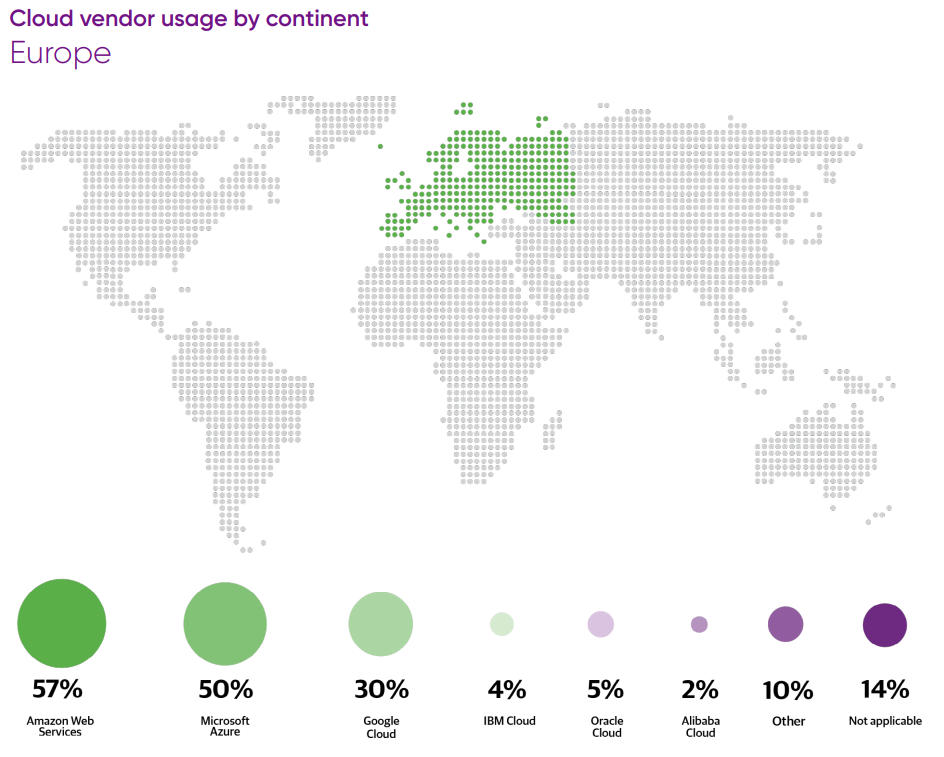 Regarding the cloud type, two-thirds of respondents (67 percent) use a public cloud, while 45 percent use a private cloud and 55 percent still use traditional on-premises infrastructure. 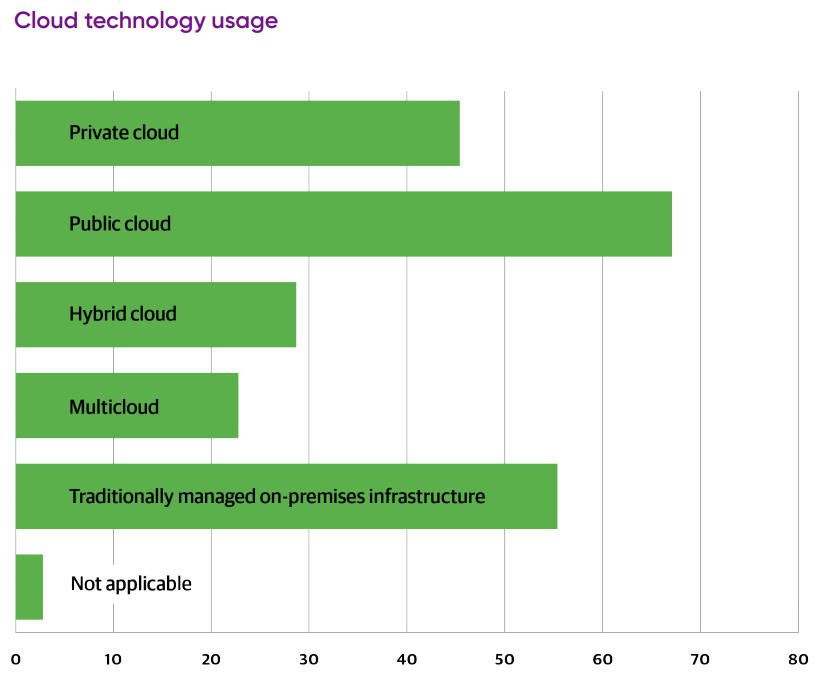 When asked about the skills required to implement the cloud, respondents are fairly evenly divided, with cloud-based security (59 percent) and general cloud knowledge (54 percent) being the most common responses. . You can get the full report on O’Reilly’s site.

Attacks on APIs are exposing vulnerabilities in enterprise security