The Quantum Code series returns. A new series has indeed been commissioned by NBC. The broadcast will begin in the United States in September 2022. The main character will not be Sam Beckett, played by Scott Bakula, but Ben Seong, played by Raymon Lee, crossed in the series Here and Now or in the film Top Gun Maverick. What will the scenario be? Who will star in the series? What becomes of Sam Beckett? Answers in this complete file.

For some, Code Quantum symbolizes a part of their childhood (and more precisely of their adolescence). Broadcast in France from September 1993 on Serie Club and M6, she told the story of Samuel Beckettsaid Sam, andAlbert Calavicci. The first travels back in time, from one era to another, and the other accompanies him in the form of a hologram that only he (with a few exceptions) is able to see.

Read also – The Last of Us: cast, story, release date, all info on the HBO series

Still broadcast on the M6 ​​group channels, Code Quantum will soon be reborn as an official sequel. His hero is no longer Samuel Beckett, but another scientist, Ben Seong, who, thirty years later, travels back in time with the same machine as his predecessor. And he too will find himself stuck, accompanied by a holographic “guardian angel”. The scenario therefore arises in the continuity of the previous series.

The series is produced by Universal Television and funded by NBC which will broadcast it next fall across the Atlantic. The show-runners are Steven Lilien and Bryan Wynbrandt (God Friended Me, Gotham, Hawaii 5-0, Alcatraz). In this file, you will find everything there is to know about Code Quantum, both the old and the new series, as well as the list of actors who will be in the cast of the new production.

Quantum Code, what is this series?

For current quarantiners, Code Quantum, called Quantum Leap across the Atlantic, is part, like A-Team (Agency all risks) Knight Rider (K2000), Magnum, Baywatch (Alert to Malibu), Airwolf (Supercopter) and of course MacGyver , from his series which perfectly symbolize the atmosphere of the 80s. Charismatic heroes. A complicated past full of secrets. But a heart that big, dedicated to helping the widow and the orphan. “The hopeless. Victims of a cruel and ruthless world,” as the credits asserted that Knight Rider. While punishing the bad guys, of course. 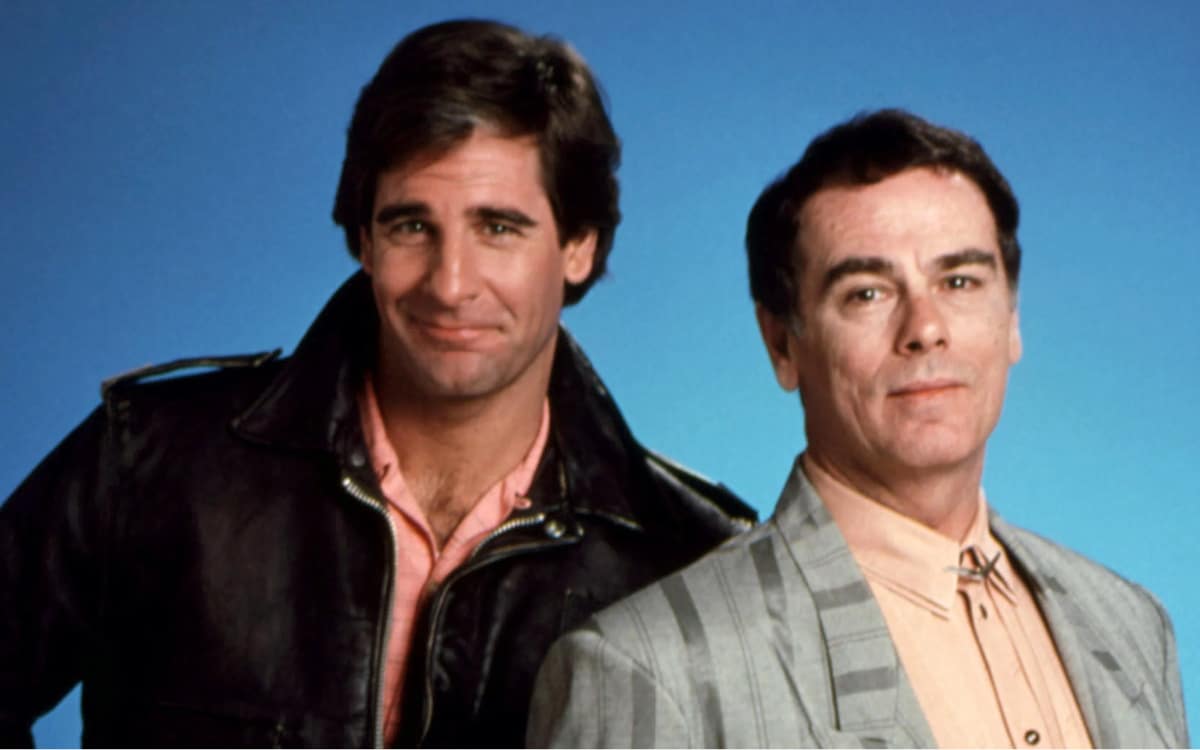 Code Quantum therefore met these specifications. A charismatic hero whose past was clouded by family dramas (his brother’s death in Vietnam, his father’s heart attack, a sister beaten by her husband). This hero is called Samuel Beckett, brought to the screen by Scott Bakula who received 5 awards (including a Golden Globe) for this series. In each episode (or double episode), he has a mission: to correct a mistake from the past that ruined the life of a person or a family.

Quantum Code ran for five seasons for a total of 97 episodes (including three double episodes including the pilot). It aired in the United States on NBC from March 25, 1989 until May 5, 1993. It has remained in the collective memory for several reasons. First for its excellent duo of actors, Scott Bakula and Dean Stockwell (who plays Albert Calavicci). Then because Scott Bakula has embodied characters of different genders, different origins and different morphologies (and even a chimpanzee). 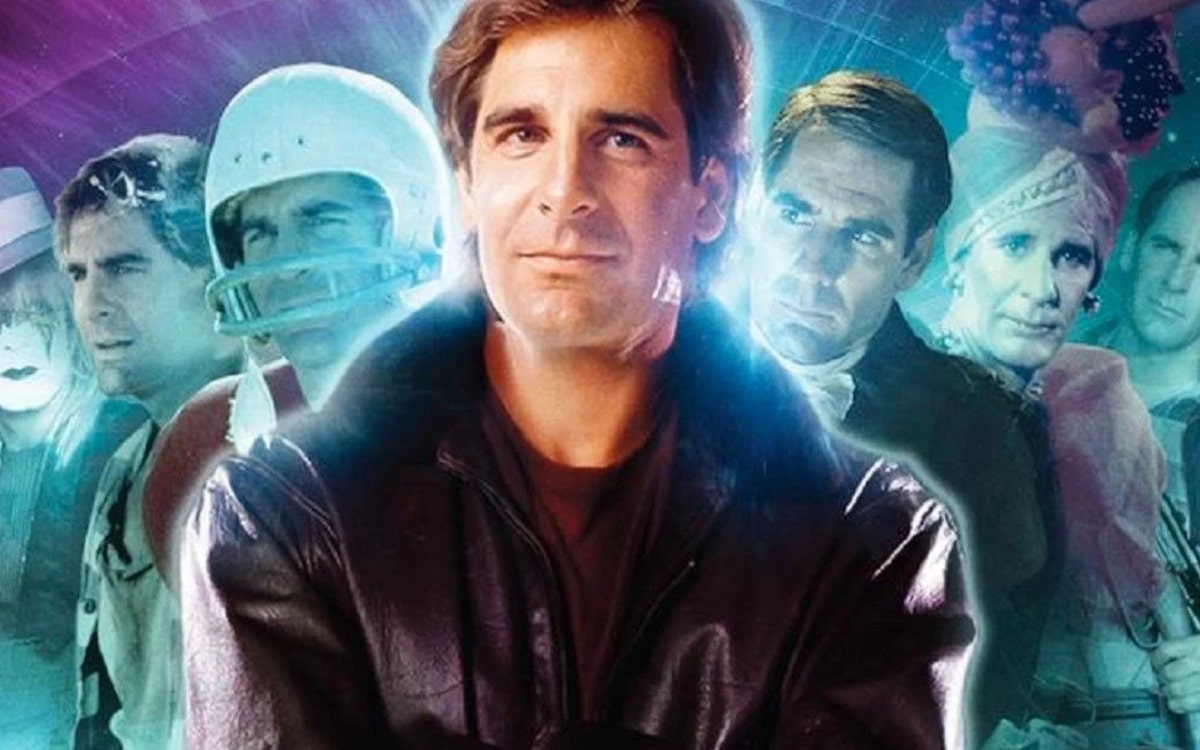 In addition, the reconstruction of each era was particularly well worked. Finally, this series tackled very difficult themes (the war in Vietnam, the death of Kennedy, the Ku-Klux-Klan, the homeless, religious belief, etc.), while remaining a family program. Without forgetting the famous oh well done » which punctuated each episode where Sam Beckett discovered in a mirror his new incarnation.

When will the new Code Quantum series air?

The new series Code Quantum (or Quantum Leap if the broadcasters decide to keep the name in the original version) will be broadcast across the Atlantic at the start of the 2022 school year. On May 6, 2022, NBC officially ordered a season of the series. It has been integrated into its programming for the 2022-2023 season, which begins next September.

The project was unveiled in January 2022 by NBC, although rumors had it that the series would return from 2020 (to accompany the launch of NBCUniversal’s SVOD service). In March, the first two main cast members were announced. The pilot was produced in March 2022.

However, no information has been announced about a possible broadcast in France. There is no doubt that a channel will negotiate the television rights for this series in France. But will they be acquired by M6 to ensure some continuity? Nothing is less sure. If so, it is very likely that the series will then be available on M6 Replay or Salto.

What is the storyline of Quantum Code?

Quantum Code is a series of anticipation on the time travel. The main character is Samuel Beckett, known as Sam. He is an extremely gifted scientist, having graduated from six different doctorates, including medicine. A fan of Albert Einstein, he is a specialist in quantum physics. As part of a confidential research program called Quantum Leap (or Code Quantum in French), he developed a time machine. We are in 2000 in the scenario (the series having been produced from 1989). 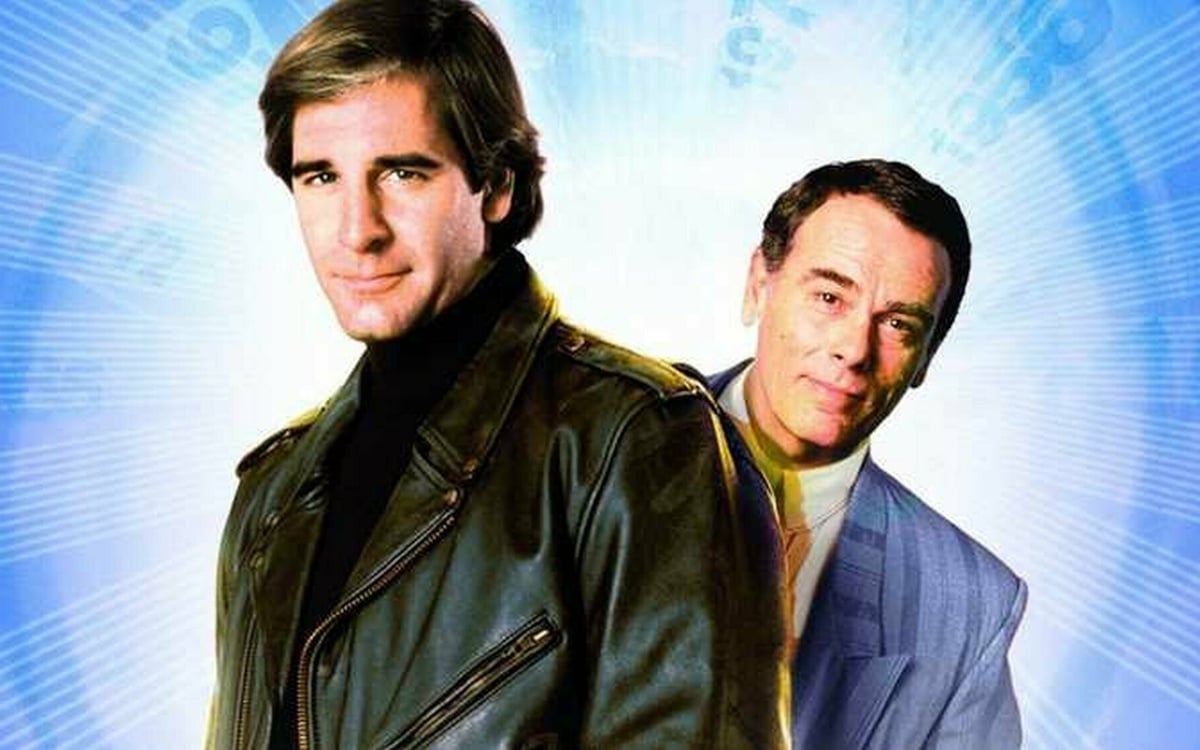 But, for lack of convincing results, he was unable to convince his investors, who threatened to cut off supplies. He then makes the decision to test the machine on himself. But, instead of traveling with his own body, he finds himself in the skin of another person. There begins the adventures of Sam Beckett who, with each jump in time, must correct a mistake from the past in order to have a chance to return home.

At each jump, he is “virtually” accompanied by Albert Calavicci. Sam Beckett’s best friend, he is a former admiral in the US Navy. He is part of the Quantum Leap project, but has no scientific training. An inveterate flirty since his heart was broken by his first wife (who remarried, believing him to have disappeared in Vietnam), he too travels through time as a hologram that Sam is (theoretically) the only one to see. His role is to make the link between Sam and Ziggy, the artificial intelligence that determines the mission of Sam that he will have to accomplish to accomplish a new jump. 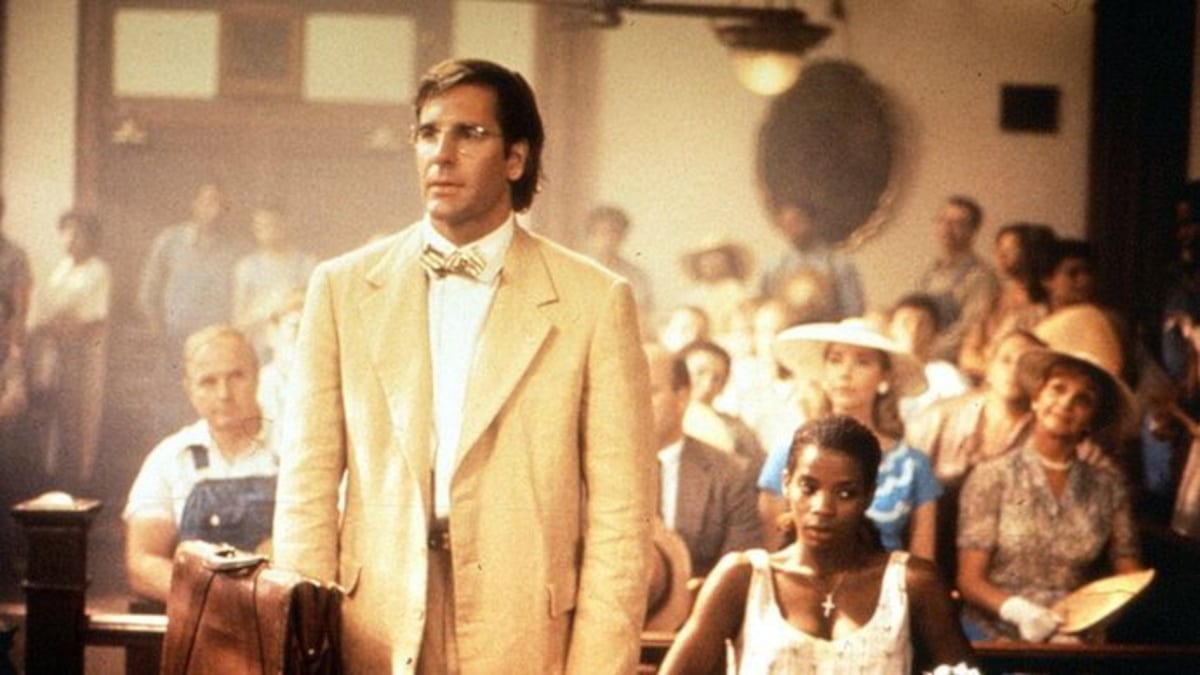 During the five seasons of the series, Sam Beckett will have the opportunity to embody many characters, man or woman, child or adult, of different morphology and skin color. He will even incarnate himself in an episode of season 3 or even a chimpanzee in season 4. In the last episode of season 5, very controversial, Sam Beckett does not play anyone. He is himself. But it happens at the exact moment of his birth. He meets a mysterious character who reveals to him that he can return home whenever he wants, provided he wants to. At the end of the episode, a message indicates that Sam Beckett never came home.

30 years later, the Quantum Leap project is unearthed by Ben Seong and herbert williams. The first is a scientist who wants to unravel the mystery of the time machine and learn the fate of Sam Beckett. He himself uses the machine and, like his predecessor, finds himself in the past, in the skin of another person, stripped of his own memories. The second is the project manager who will help Ben Seong adapt with his surroundings and bring him home.

What is the cast of the new series? 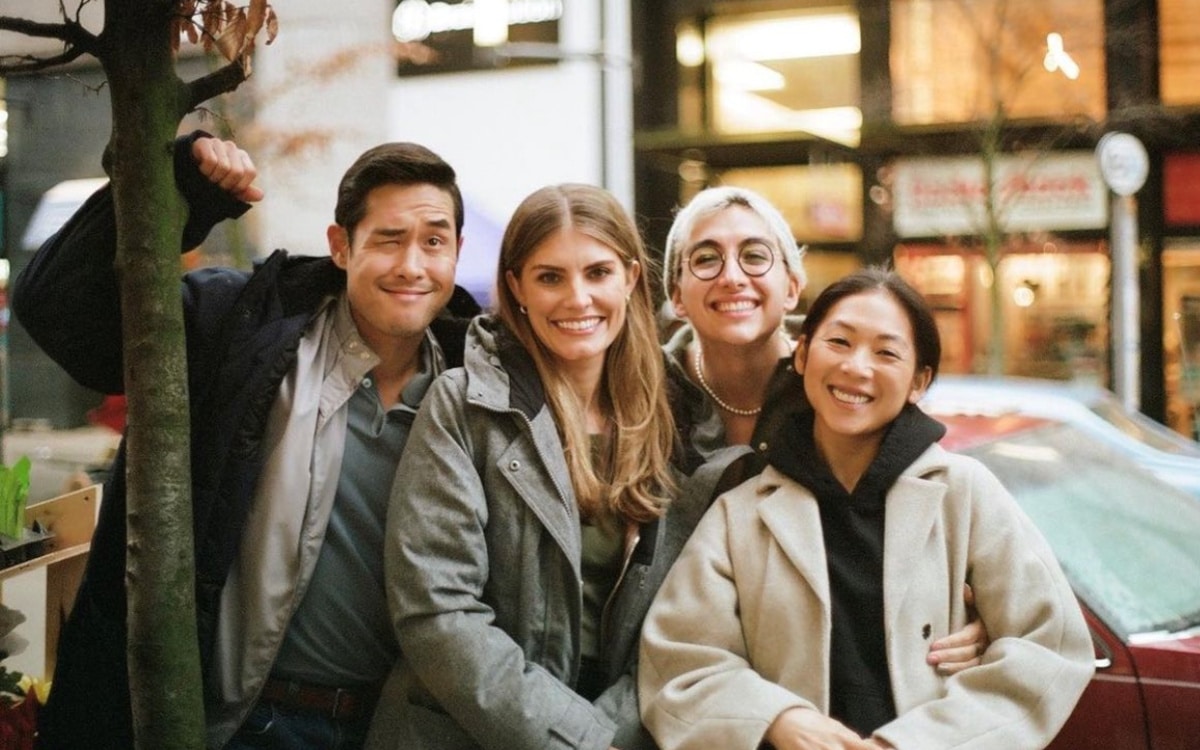 Raymond Lee is the first actor to be confirmed in the cast of the new Code Quantum series. His major role, so far, is Duke Bayer-Boatwright in Here and Now. He also had a recurring role in Prodigal Sound, Made for Love and Kevin Can F**k Himself, currently airing in the United States. You will also find him in the cinema, on the poster of Top Gun Maverick. 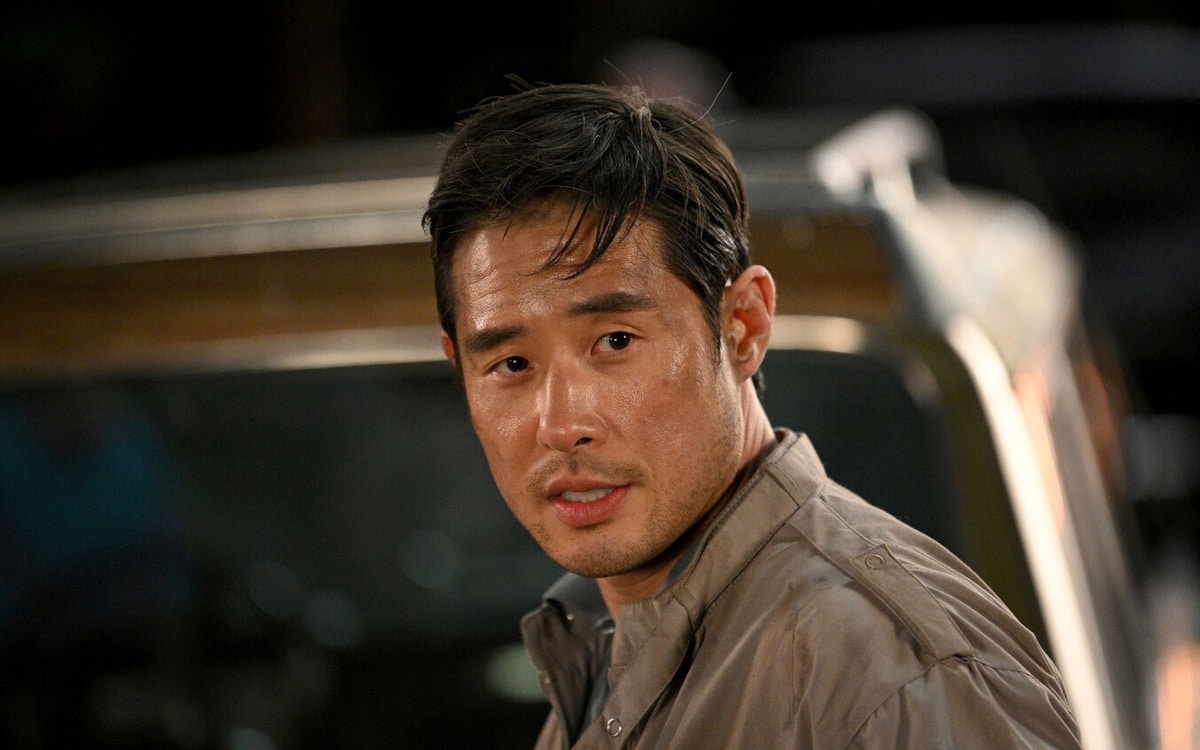 He will play the role of Ben Seong, a scientist who wants to unlock the secrets of the Quantum Code project and the particle accelerator that allowed Sam Beckett to travel through time. He will take the same path without knowing if he will one day be able to return home… and if he will find Sam Beckett in the meanders of time.

Hernie Hudson is a key actor in US films and series. You must have seen him in one of the many shows where he played, his career spanning forty years all the same, especially in films ghostbusters (in the role of the excellent Winstin Zeddemore whom he takes over in L’Heritage, the last opus released in 2021). He took on recurring roles in the series oz, Law & Order or Desperate Housewives. And he holds the main role in the series Family Business (available on Netflix). 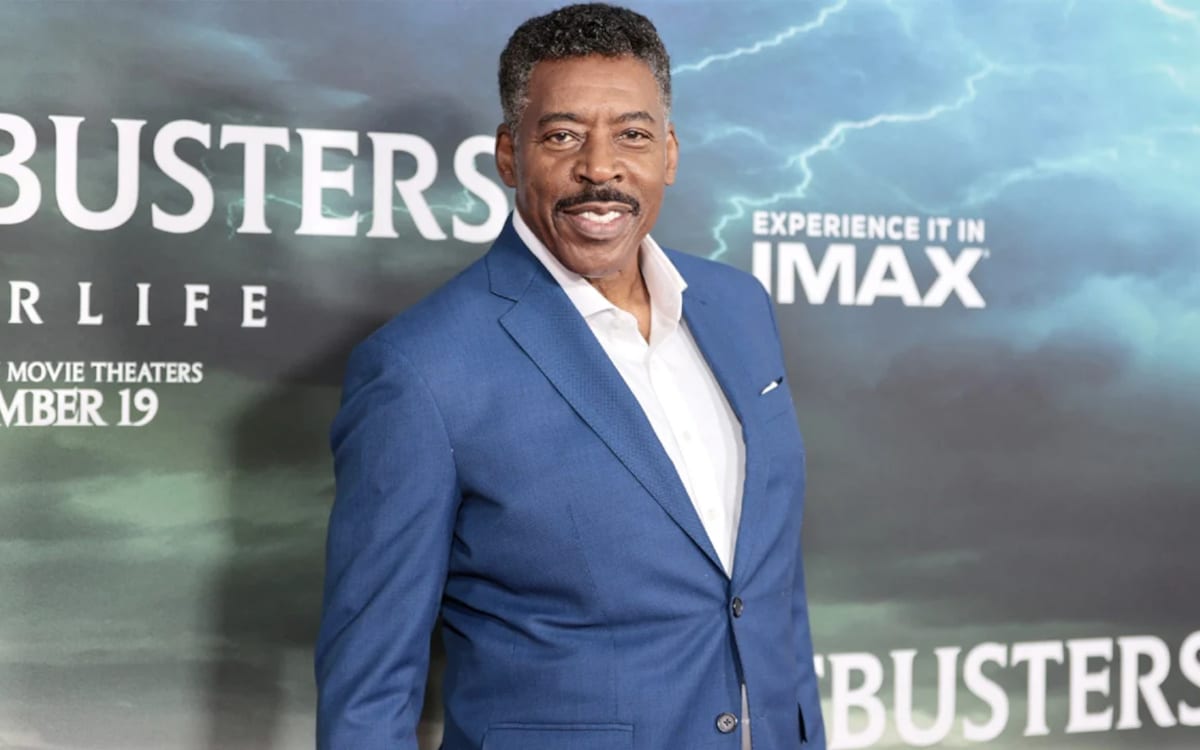 In the new Code Quantum series, he will play the role of Herbert “Magic” Williams, a character who already existed in the first series. Sam Beckett indeed played him in episode 2 of season 3 in order to save his brother during the Vietnam War. Herbert Williams is a former soldier who fought with Tom Beckett. His nickname, “Magic”, comes from the fact that he seemed to bring good luck to the battalions of which he was a member. 30 years later, he takes the lead of the Code Quantum project and will help Ben Seong the same way Al Calavicci helped Sam Beckett.

And the actors of the original series?

As we previously reported, iconic characters from the original series are not expected to return in this new series. Nostalgic as we are, we obviously hope to see Sam Beckett again, played by Scott Bakula. Officially, the actor was not involved in the project of the new series. The only glimmer of hope for a return of Sam Beckett: Don Bellisario and Deborah Pratt, the co-creators of the original series are part of the executive producers. They might wish for a return of the character in this new production. 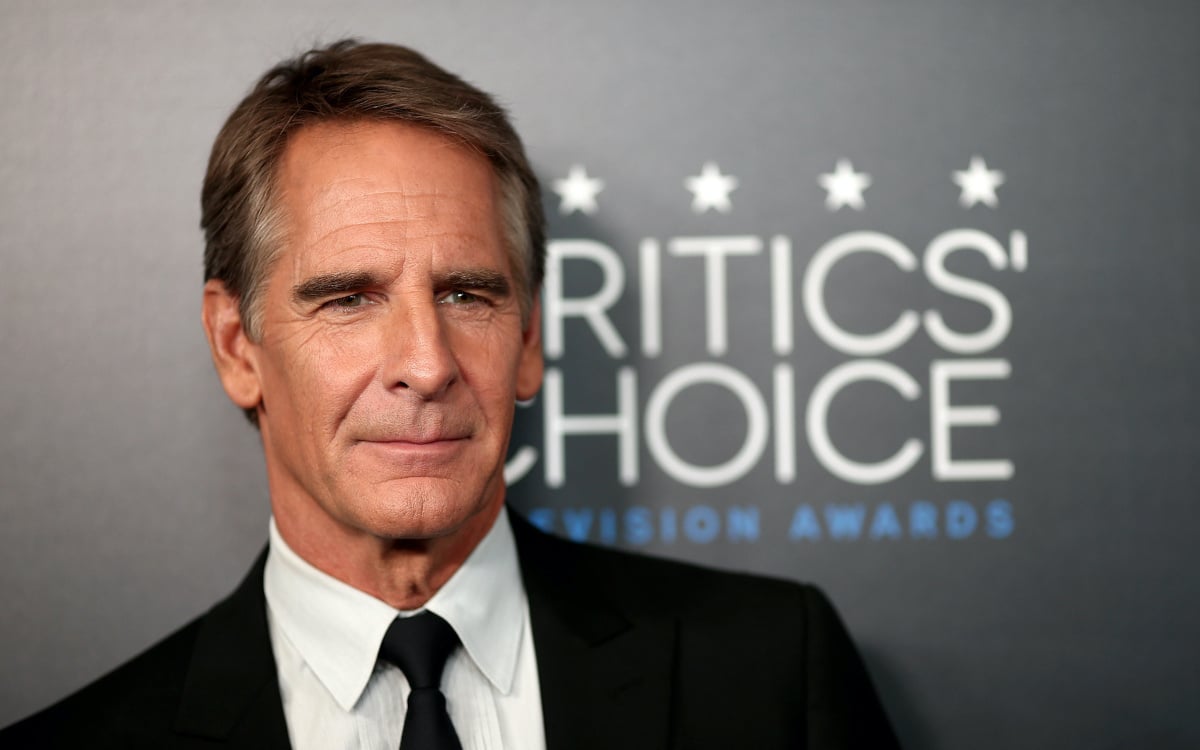 Seeing Albert “Al” Calavicci again in this series will be much more difficult. Indeed, Dean Stockwell, the actor who played him on screen 30 years ago, left us on November 7, 2021. Two choices are possible as to his return: the deepfake (like Stan Lee in future productions of Marvel) or a change of actors. Neither solution will be ideal for fans (as we have seen with the integration of Carrie Fischer in the latest Star Wars or a young version of Mark Hamill in season 2 of The Mandalorian).

Bitcoin: investors fear a fall in the price of cryptocurrencies

What to see this first weekend of August on Netflix, HBO Max and Amazon