But there is more. For example Thunderbolts Presents: Zemo – Born Better, from 2007 and created by Fabian Nicieza and Tom Grummett. In this volume the famous Baron Zemo (who joins Falcon and the Winter Soldier himself in the series) takes command of all the action and reveals a lot about what the mind of one of our hero’s villains is like. If you don’t have enough with this comic, try to read the Winter Soldier of the year 2012, by Ed Brubaker, Butch Guice and Michael Lark. Here you will meet a somewhat unknown facet of Bucky Barnes as heir to his old friend Steve Rogers, the best-known Captain America.

Finally, it would not hurt to review the Falcon comic, from 2017 by Rodney Barnes and Joshua Cassara in which Sam Wilson returns the role of Captain America to Steve Rogers to return to his role as Falcon. A kind of step back that will help you dive a little deeper into the mind of one of the heroes best valued by Marvel fans.

It goes without saying that Falcon’s name is Sam Wilson. A character who had a special fondness for birds since childhood and that from very early on he began to train them. Unfortunately, his passage through adolescence was punctuated by episodes of racism, which he had to face and that would mark his personality. Like many heroes, in his origins there is a family misfortune as his father dies after trying to stop a street fight. As if the problems were not few for this kid accustomed to the harshness of Harlem, two years later his mother will be murdered by a mugger and he will fall into a deep depression and pain that will lead him to be “angry at the world”. That will lead him to a path of perdition where his old jobs will be forgotten by the community and, after moving to Los Angeles, will become Snap Wilson, a dangerous professional criminal and member of a dangerous gang.

How was Falcon born?

As you can see, we are facing a hero with really turbulent beginnings, almost at the height of Batman, Spider-Man and others who have experienced family misfortunes. Yes indeed, won’t have a wallet with a checkbook too deep, which will lead you to have to move through other less glamorous paths. Even so, the key to the creation of Falcon is in the hands of a villain that, at least in the MCU, we barely saw at the beginning of the Captain America movies. Specifically Red Skull.

Will he be the one thanks to the Cosmic Cube will modify the reality of the character, mentally merging Sam Wilson with Redwing which will cause a link that will allow him to control time and concentration, which gives him almost infinite power to command and control any bird on the planet. Together with Steve Rogers, Falcon will take shape with the characteristic red and silver suit and will learn the essential defense and attack movements that characterize him, accompanying Captain America in many of his adventures as his faithful companion. Although it will not be until much later that really acquire the power to fly, thanks to the intercession of a Black Panther that will provide him with a special harness that will equip him with wings with which he will be able to cross the skies.

The Age of Avengers

Although the history of the films changes substantially from the original plot lines, Falcon joins the Avengers in the comics to fight the Scorpio menace. It will be there that Sam Wilson discovers his telepathic power to communicate with Redwing and the rest of the birds, with which he will be able to see through his eyes. It is for these times where Scarlet Witch acts to destabilize the Avengers and Falcon regresses back to his Snap Wilson days, committing some misdeeds that will have consequences. One of them will be to face Captain America and end up separated from him. Even so, it will be in the comics of House of M Y Civil War when Falcon shows the strength of his commitment to Steve Rogers by refusing to submit to the Superhuman Registration Act. Capi incapacitated, it will be Sam Wilson and his Falcon who will become the new Captain America, leading the so-called group of Secret Avengers.

As we have already told you, Falcon’s main power has to do with his ability to act in sync with Redwing and, almost by extension, with any other bird that crosses its path. It is a symbiosis that allows you to always have an aerial map of the field of operations, which makes it easier for you to act where it is necessary without being compromised by enemies. 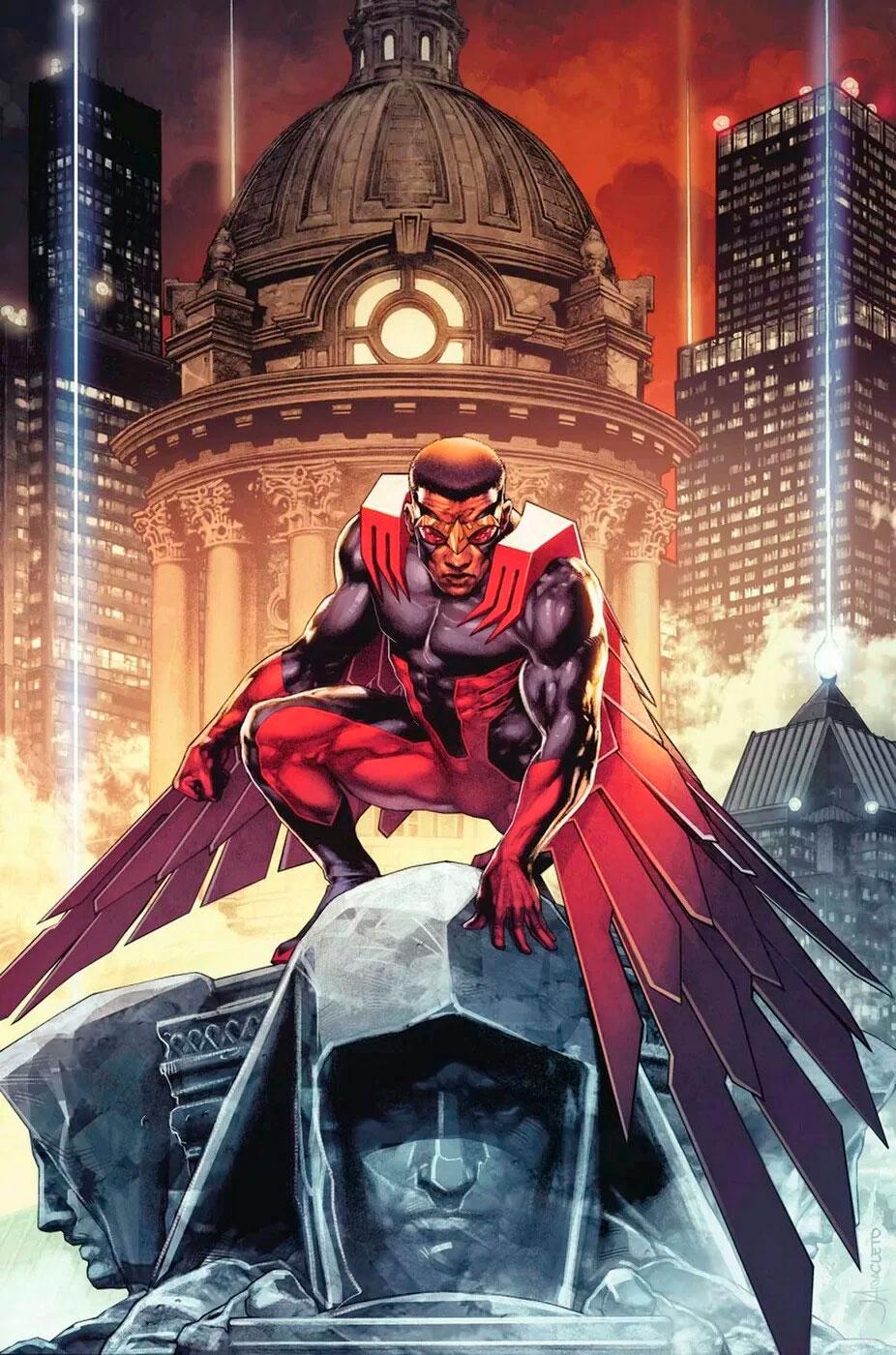 In that empathic bond has to do Professor X, who will confirm these abilities of Sam Wilson of which he came to say that they hurt “like hell; it hurts to be mentally fused with that falcon and to be able to see through his eyes.” This power doesn’t just work on specimens that are close to him, but can hit anyone flying (almost) over the world. This allows him to have, in his words, “more than six billion pairs of eyes in the United States” that can report any event that is taking place and, if necessary, invoke many of them to combat his side.

Still, almost everyone believes that one of Falcon’s powers is flight. Actually, and As Buzz Lightyear would say, go down in style. thanks to a harness given by Black Panther that was made in Wakanda. The place where some of the most incredible and powerful weapons in the entire Marvel universe are developed.

The list of enemies of Sam Wilson is not short but among all of them, surely we can highlight some names that are known for all the fans. Red Skull is, by far, the most decisive of his life because it is thanks to him that he has that telepathic power with birds. Still, we also have Helmut Zemo, or Baron Zemo, who appears in the series of Falcon and the Winter Soldier as a punctual ally in his battle against the Sin Banderas.

The Sinister Six are another of Falcon’s enemies, although many identify them more with Spider-Man due to the presence of the Vulture, Lizard, Electro, Doctor Octopuss, etc. They also have a prominent role as supervillains of Sam Wilson, Mysterio himself, or Arnim Zola, the HYDRA scientist that we met in Captain America the First Avengeralso in the winter soldier and even in some episodes of that What If…? that you have available on Disney +. Finally, we have to remember two names that many of you will know very well, such as Doctor Doom, the main villain of The Fantastic 4, or Taskmaster (yes, the same as black widow), and that Thanos who by the grace of the MCU is now one of the best known for a planet that held its breath when in avengers infinity war made half of the living beings in the galaxy disappear with a simple click.

Although we have Falcon as a taciturn character, lonely and with his head always on the verge of falling from the dark side, has actually had time to enjoy a couple which is well known by most fans of the character. Or do you not recognize her? 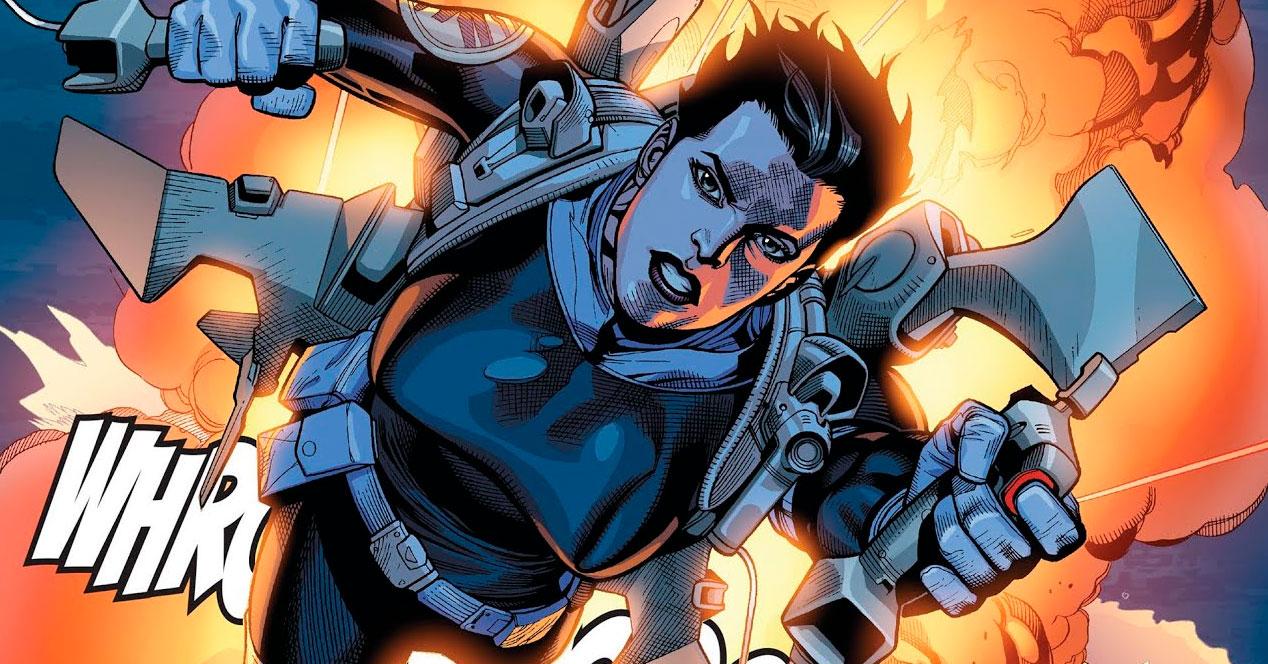 Exactly! This is María Hill, former director of the planetary defense and intelligence service, better known by its acronym in English SHIELD Surely you remember her from her appearances alongside Nick Fury, although it was in the year 2000 when the general public discovered it thanks to the comics of Civil War Y Secret Invasion.

Although in the comics the story of Sam Wilson is an accumulation of comings and goings and arguments that tell us about the link that unites Falcon with Captain America, the last thing we can hold on to has to do with the series who stars on Disney+ alongside the Winter Soldier. In it, far from watching how Cap’s legacy is trampled on by John Walker (the future US Agent), he will decide to adopt the role that practically everyone asks him to play. 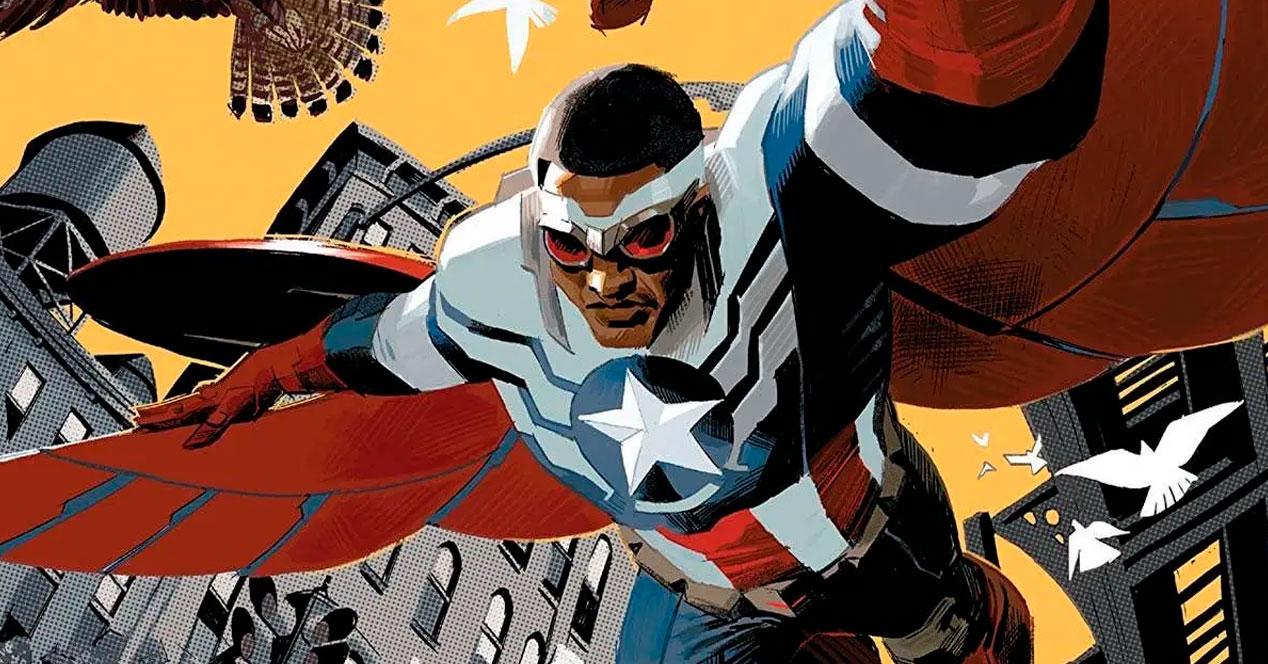 And that is none other than become the new captain america after the events of avengers endgame where old Steve Rogers hands over the witness to who he thinks is his most faithful squire. We will see the importance it takes on in phase 4 of the Marvel Cinematic Universe and how threats will evolve that, right now, do not seem as clear as in previous stages where Thanos already appeared from the beginning. Surely, with Doctor Strange in the Multiverse of Madnesslet’s begin to know more about that plot arc Disney prepares us for the coming years.

Metaverse, the best thing is that you do not have Apple