Very good news for users of a new generation console from Sony. After a long wait, we can tell you that this week you can update your PS5 to enjoy VRR support. The PlayStation 5 has become a sales bomb, and that has some limitations that do not make sense today. And it is that, we have had to wait a long time for one of the most basic updates to arrive in a team with these characteristics.

As we have told you, it is not a new rumor or a leak, but rather Sony has made a press release indicating that this week VRR support will be added to the PS5 via a firmware update. In this way, and after a long wait, the Sony console is equal to its great rival, the Xbox Series X, which already has this function.

You may also be interested: These are the official prices of the Sony A95K in Spain. With PS5 as a gift?

We can finally enjoy VRR on PS5

In this way, the manufacturer will announce that the viable refresh rate or VRR will reach PS5 users this week. In addition, in the press release itself they indicate a very interesting detail, and that is that all the “Previously released PS5 games may be fully optimized for VRR via an in-game patch, and future games may include VRR support at launch.”

For now, these are the PS5 games that will come with VRR support

Sony has stated that VRR support will arrive globally on all PS5 consoles these days, so we have to wait for the consequent firmware update to arrive. Of course, remember that to activate the VRR you must connect your PS5 console to a television or monitor that has HDMI 2.1 ports compatible with the variable refresh rate.

Therefore, the catalog of titles that will accept VRR is extended to the entire PS5 catalog, allowing you to enjoy all available games, as long as the company behind the development of the game itself releases the corresponding update. 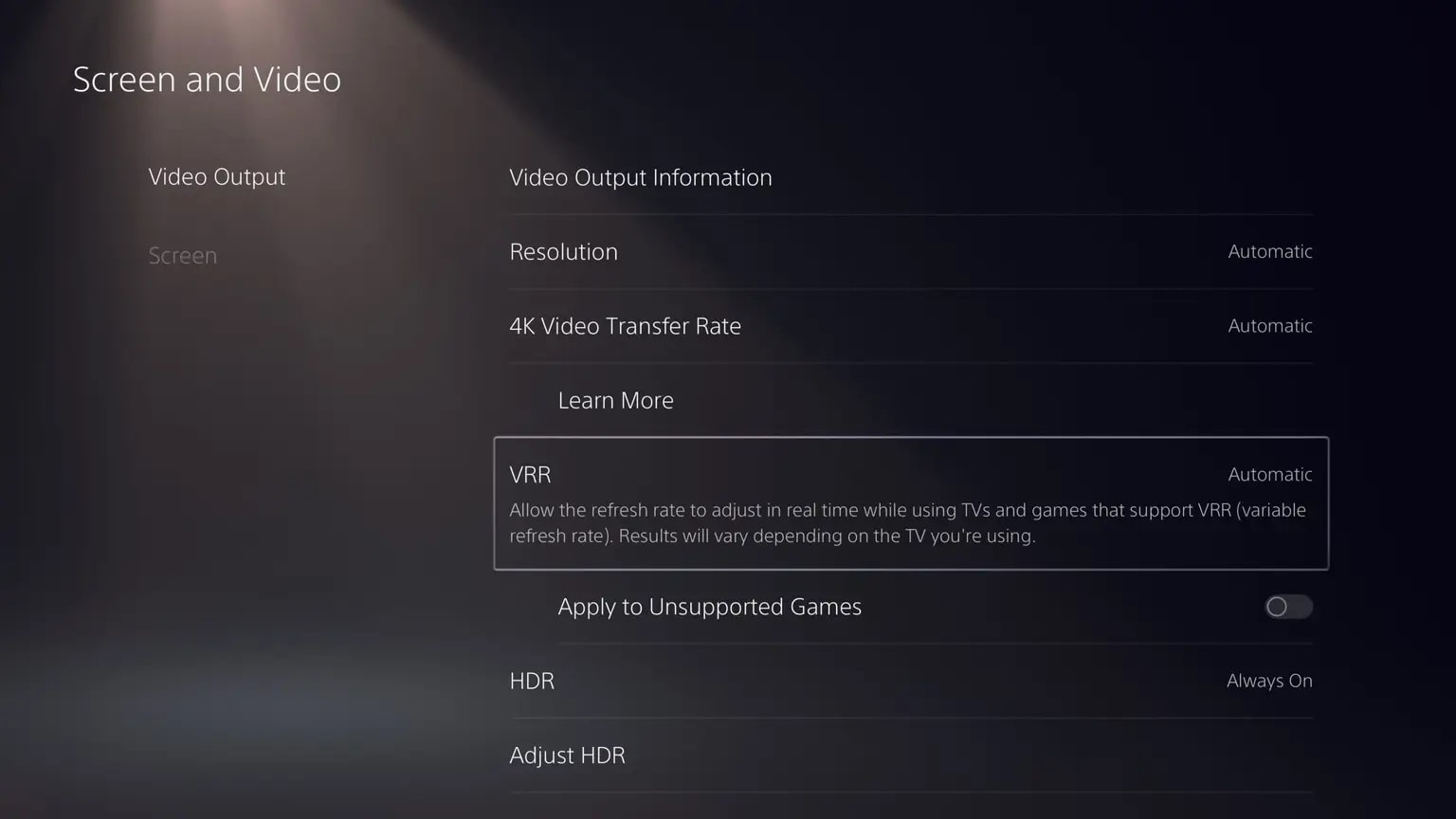 In case you don’t know what this important technology in the gaming sector consists of, we invite you to go through our guide on VRR written by our audio and video expert Javier Suárez, better known as Tocinillo, so that you understand the importance of VRR.

Summarizing, VRR or variable refresh rate in its acronym in English, it is a technology that manages to adapt in real time the Hz of your television based on the HZ at which a device is working. For example, when you connect an Xbox Series X console with VRR support and your Smart TV also has this support, if a game is working at 48 FPS and suddenly it goes to 80 FPS, your TV will change automatically, modulating their Hz in real time to avoid jerks. Something very common in driving titles, for example.

So now the PS5 will take a new leap in quality to offer the expected variable refresh rate. Sony has indicated that it is a global release, so you will only have to arm yourself with patience and wait for the corresponding firmware update to arrive on your console via OTA.

Surprise, the “black hole” closest to the Earth was ultimately not one