When choosing a Dock for our desktop we must know that there are various applications, each with its own characteristics and functionalities so that we can choose the one that best suits our use and needs.

Article Index
What is and what is an application launcher for?
Application Launchers for Ubuntu
Docky, get a look similar to the macOS Dock
Gnome Pie, launcher with representation of programs in the form of a cake
Gnome Panel, launchers with bottom and top panels
DockbarX, take the Windows 7 taskbar to Ubuntu
Cairo Dock, launcher similar to macOS very configurable
Plank, launcher with little configuration but very effective
Ulauncher, improve workflow through shortcuts
Zazu, launcher aimed at advanced users

What is and what is an application launcher for?

Launchers or Dock are tools designed to improve access speed and application management that we use most frequently. Thanks to them we can easily open applications, files and documents, with a simple keyboard shortcut on the screen.

Within the wide range of available options, we can find launchers that resemble the dock used by macOs or the Windows taskbar, even copying its functionalities so that we can enjoy it within Ubuntu. That is why, if we are looking for an alternative to Unity Launcher, we can choose some of the launchers that we will see below

Next we are going to see a series of launchers for Ubuntu, of different styles and characteristics, and of course completely free, so that we can choose the one that best suits what we are looking for.

Docky, get a look similar to the macOS Dock

It is a launcher derived from Gnome Do that has more than obvious similarities with respect to the Docking area that we can find in macOS, working in a very similar way, and can be configured with different styles and themes, which gives it a great customization capacity. It has a low consumption of system resources, so it can be used even in old and not very powerful computers.

It stands out for having various add-ons that are called docklets and that can be placed in the launcher. These docklets have interesting functions such as the ability to see CPU consumption, see the time, obtain battery information, among other aspects.

If we decide to try Docky we must know that the application is included within the official Ubuntu repositories, so its installation is very simple. For this it will only be necessary to write the following command in the Terminal:

Gnome Pie, launcher with representation of programs in the form of a cake

We are now talking about a quite original application launcher, capable of representing the programs in the form of a pie, including the applications and directories that we can open from it by circling the central circle, and they are called slices. It stands out for being highly customizable, being able to create different work menus that adapt to our tastes and needs. 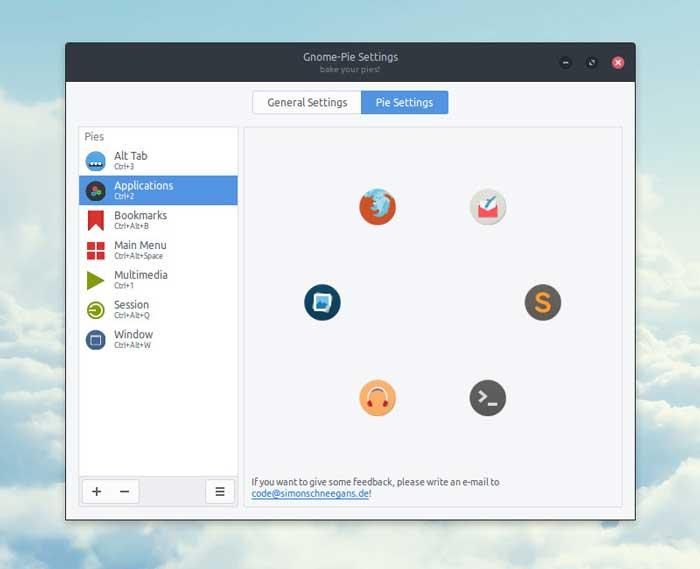 The representation of the programs in the launcher is very visually attractive and has different keyboard shortcuts for each of its categories. It incorporates different sectors for different types of applications such as a web browser, a photo viewer and a multimedia player, which can be mixed together for greater customization

Its installation can be done directly from the Terminal itself using the following command:

We are going to talk about a launcher that is part of GnomeFlashback and characterized by having two panels located at the top and bottom and covering the entire width of the screen. Within the navigation menu we are at the top with Applications, Systems and Places, which is responsible for providing us with direct access and system administration. In addition, it has a notification area and a calendar. At the bottom we will find a list of open applications between which we can navigate. 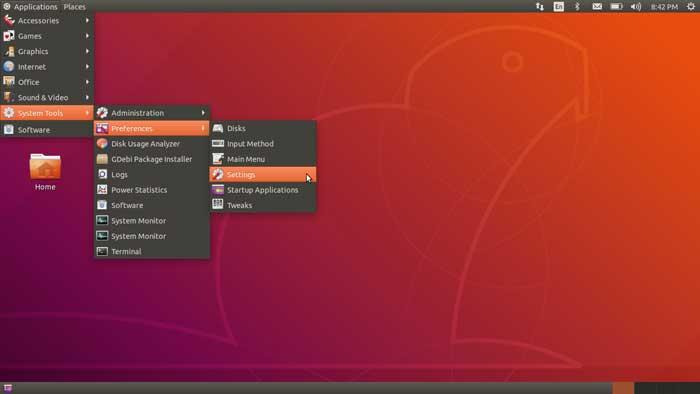 Inside the panels they can contain widgets that can be in the form of buttons, shortcuts to applications or customizable menus. These panels are quite configurable so that we can adapt them to our liking, being able to move the items from the upper menu to the lower one to form our own Start Menu.

In order to install the Gnome Panel launcher in our Ubuntu operating system, simply enter the following command in the Terminal:

If we have been users of Microsoft Windows 7 and we liked its taskbar, with DockbarX we can use an application launcher with a very aesthetic and functional similar to windows bar. It even copies the preview of the screens where we have a session open. It is also possible to add plugins to this launcher, such as time, battery or volume apps.

Its features include the ability to keep favorite applications pinned. It is able to distinguish if the windows are maximized or minimized, being able to know if any application anchored in the Dock has been started or not. In addition, it has support for Themes and allows you to configure both keyboard shortcuts and mouse gestures.

In order to install DockbarX, just run these commands from the Terminal:

This launcher also has a design similar to the Docking area that we find in computers with macOS, using application loaders and launchers at the bottom of the screen. It is characterized by being highly customizable, being able to be placed both at the bottom and at the top on either side of the screen. 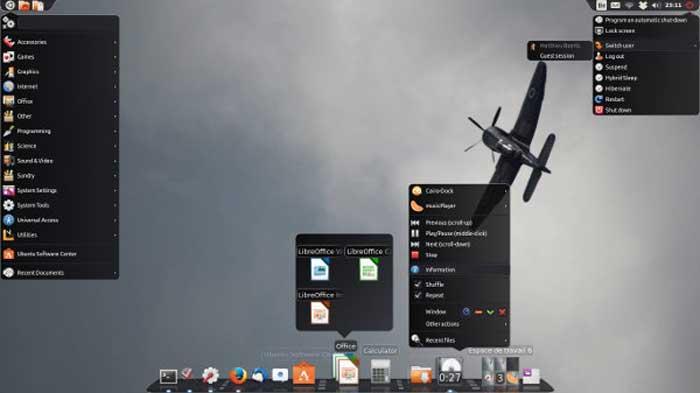 It is very light and fast, and has a powerful DBus interface which allows it to be controlled both from a terminal and from another application. Additionally, various functions can be added to the launcher by using plugins or applets.

If we want to install Cairo Dock on our Ubuntu computer, just open the terminal and execute the following command.

It is a Dock for Ubuntu written in Vala, which is characterized by consume very few resources as it is very light and lightweight. It has a somewhat sparse configuration since it is not a launcher that is endowed with great effects and graphics, in exchange for doing a great job. Plank allows us to easily customize the panels to our liking, being able to add new themes and change the theme of the panel.

This launcher also allows us to customize the general behavior of the panel, eliminating those topics that do not interest us, while the applications are organized by categories. It also allows us to change the size of the icons, as well as their alignment, offering a zoom effect that we can configure and enable.

To install Plank as a launcher we must install it by inserting the following codes in the Terminal:

This application launcher that stands out for its practicality and speed, consuming very few system resources. It offers us different search functions without worrying about spelling mistakes, with the possibility of opening installed applications, browsing folders and opening files. 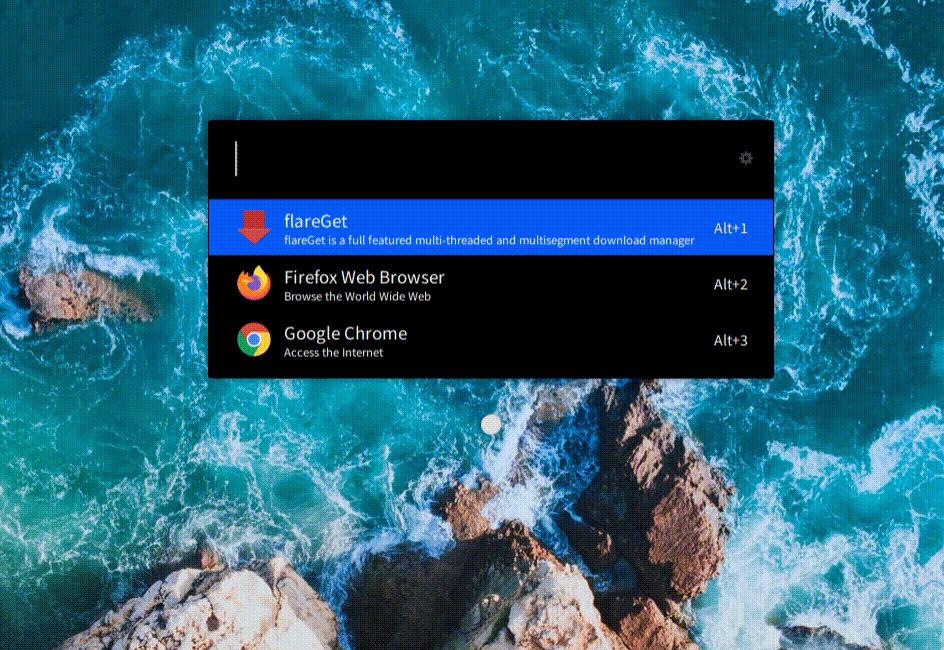 It has four integrated themes with the possibility of creating them ourselves. We can improve workflow by using shortcuts and shortcuts along with customizable extensions. In addition, it is possible to create a shortcut for web or scripting search.

If we want to use Ulancher in Ubuntu we can do it by just executing these commands in the Terminal:

It is a fully extensible, open-source and cross-platform Dock, specially designed for hackers, content creators and power users. Although it is not designed to replace our Dock, it does have interesting functionalities, especially if we like to use the keyboard regularly.

Zazu allows us to perform mathematical operations such as calculations, open web pages, start applications, search for files, or lock or restart the computer directly from the launcher. In addition, it has the ability to create our own add-ons and add them to the launcher.

NVIDIA already prepares the first RTX 30 SUPER, but only in laptops?