Cyberpunk 2077 is available since December 2020 on PC, consoles and Stadia. In this file we will take a quick tour of everything you need to know before embarking on the adventure.

After conquering the public with The Witcher series, CD Projekt Red launched a new license in 2020: Cyberpunk 2077. Farewell to heroic fantasy, since this time we are diving into a dystopian future. In this small file, we will quickly tour the owner.

Cyberpunk 2077 was released on December 10, 2020.. This release was somewhat eventful, we will see it below, but a year later, we can say that it is a commercial hit. During Black Friday 2021, it even found itself at the top of sales on Steam. 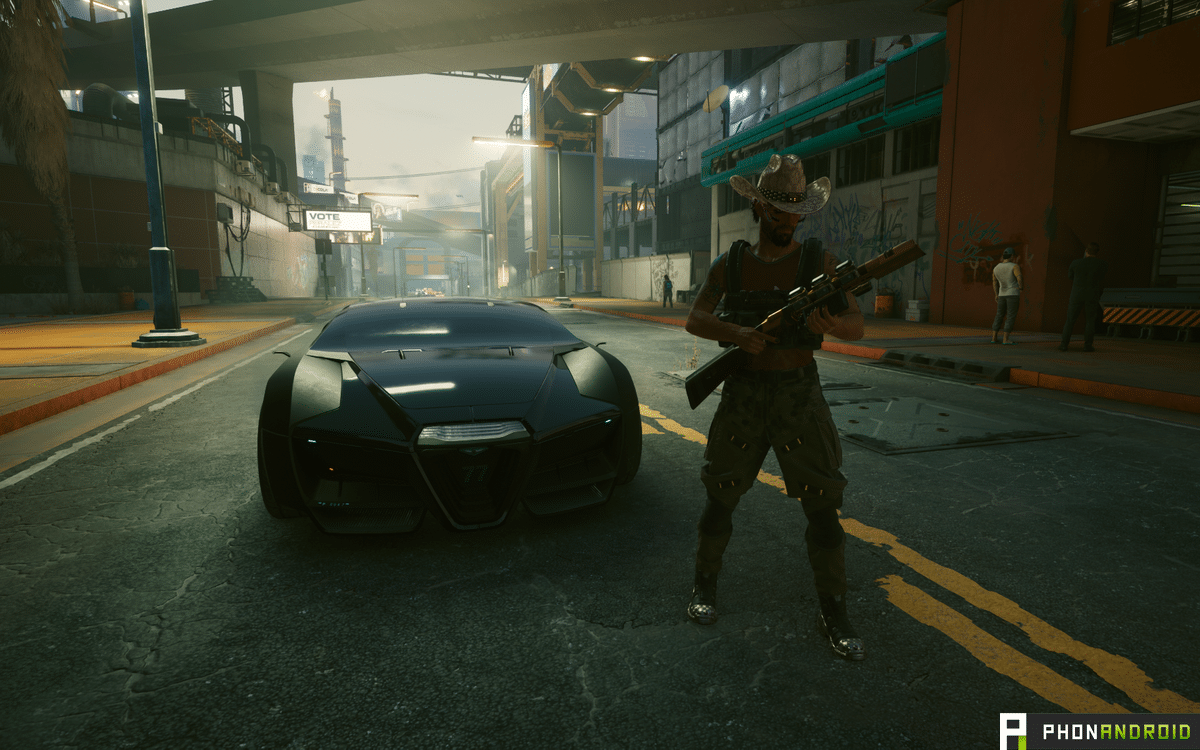 On PC, the game is sold 60 euros on the Steam, Epic Games Store or GOG.com platforms. It regularly experiences price drops. For example, it was sold for 30 euros last Black Friday.

On consoles, the situation is a little more complex. Following the disastrous launch, the game was simply removed from the PS Store and the Xbox store. An unprecedented decision that was accompanied by reimbursement. Never seen. He then reappeared in June. It is now available for 50 euros on the PS Store and 70 euros on Xbox. As for the boxed version, it is still sold in specialized shops.

💻 Which platforms are supported?

Cyberpunk 2077 was released on PC, Xbox One, PS4, Stadia and GeForce Now. 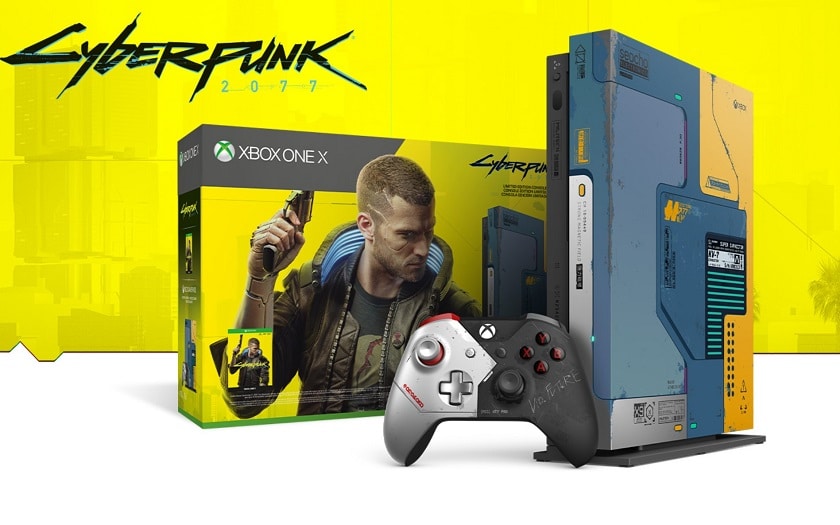 On computer, it is possible to buy it via three platforms : GOG Galaxy from CD Projekt, but also Steam and the Epic Games Store. Cyberpunk 2077 is ray-traced on the platform through a partnership with Nvidia. Note that you need 70 GB of free space on your PC to install it. CD Projekt advises to put it on your SSD for more speed.

On consoles, things are more complicated. The game is available again on the PS4 and Xbox One online stores, we said above, following Cyberpunk’s work to fix bugs and improve optimization. Nevertheless, we still advise against buying these versions, which are still very wobbly. On PS5 and Xbox Series X, it’s still this old-gen version that runs, but a dedicated version will arrive very soon.

Indeed, CD Projekt confirmed that the new consoles would have the right to their own iteration in the first half of 2022. On the menu: greater stability, prettier graphics, ray-tracing and annihilated loading times. The PS5 and Xbox Series X versions are rumored to be released in February 2022, March at the latest. The studio didn’t give any further details, except that if you have the game on PS4 and Xbox One, this next-gen version will be offered.

⌚ How long does it take to complete the game?

CD Projekt had made grandiose promises about the game’s lifespan, even arguing that it took over 175 hours to complete. However, the reality is very different, since it takes twenty hours to complete the main story, and about fifty to do all the side quests. It’s already very long, but still far from 175 hours. For our part, we completed the main campaign and all the side quests in just under forty-five hours.

🧾 Are extensions and DLC planned?

CD Projekt RED has already announced that its game will benefit DLC similar to what we find on The Witcher 3. Before that, the title should benefit from free updates offering new armor, new quests, new customization options, etc.

Several leaks already mention an online conference to be held in February 2022. CD Projekt would present patch 1.5 there, which would in fact be a real renaissance for the game. It would fix bugs but also include new features, such as more dialogues, a redesigned interface and a total overhaul of the AI ​​(among other things). On this occasion, the title would be renamed Cyberpunk Samurai Edition.

Moreover, the Polish studio would unveil the first solo DLC there. A massive expansion that would take place in the Pacifica neighborhood and put the player at the center of a gang war. A second would also be in development but its release would depend on the success of the first.

The developers have confirmed the presence of a multiplayer mode, but this is not yet available. The priority is reserved for the solo, in particular on the correction of the bugs, still very numerous. CD Projekt confirmed that the multiplayer mode was developed separately from the main game and that you won’t have to wait anytime soon. Indeed, CD Projekt is currently working on a new technology capable of integrating multiplayer on all franchises. The idea would be to offer a common experience to players on different games by connecting them to each other. For the moment, we do not have more details on the subject.

⚔ What is the type of gameplay?

Like The Witcher, Cyberpunk 2077 is an RPG. But the similarities end there. While the first offered a third person view (TPS), the second imposes a first person view (FPS). An announcement that did not fail to react to the community at the time.

We therefore leave the medieval and fantastic world in which Geralt de Riv evolves to move on to dystopia. Unlike The Witcher where the player must control Geralt, you create your own character (who is called V)be it its physical appearance, its abilities and characteristics, and even its history (among three choices). 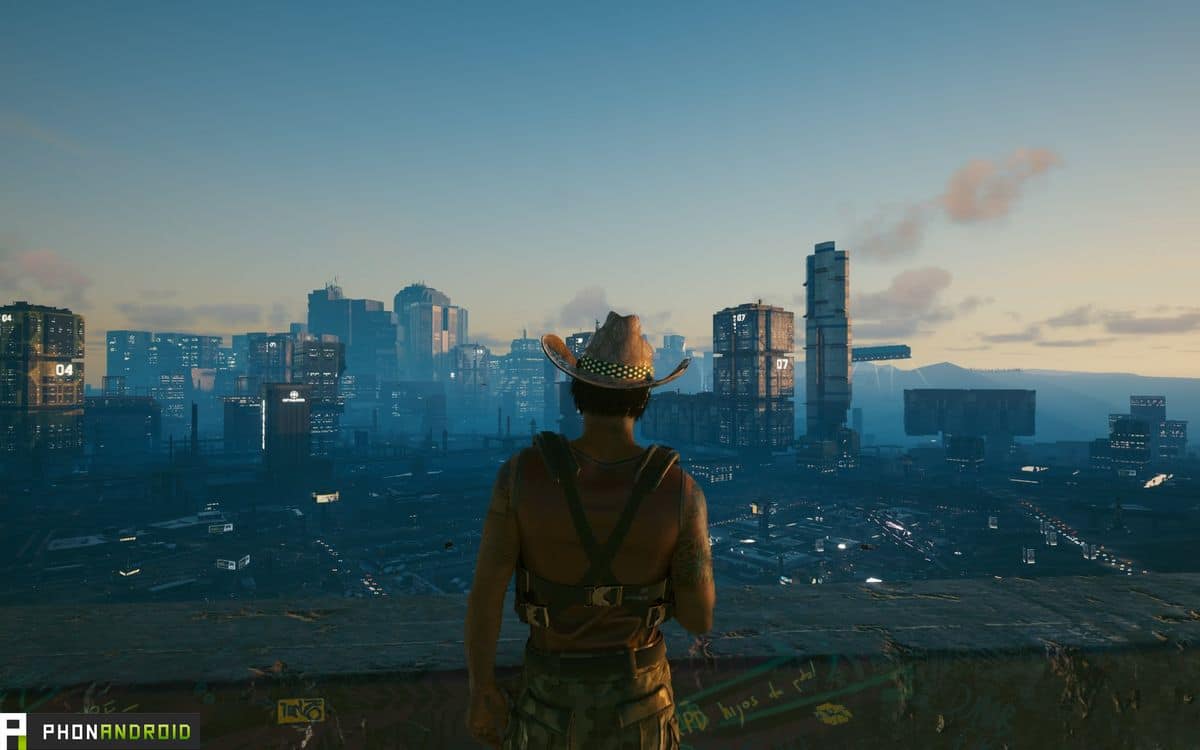 Cyberpunk 2077 offers the player to navigate in an open world where the scenario is divided into missions (some are part of the main quest, others are optional and participate in fleshing out the scenario or enriching the gameplay).

In absolute terms, you are free to explore the city and its surroundings and even cause as much mayhem as you wish, like in Grand Theft Auto. Freedom of action is required and you can have fun at your leisure in Night City, even if the police system deserves to be improved. 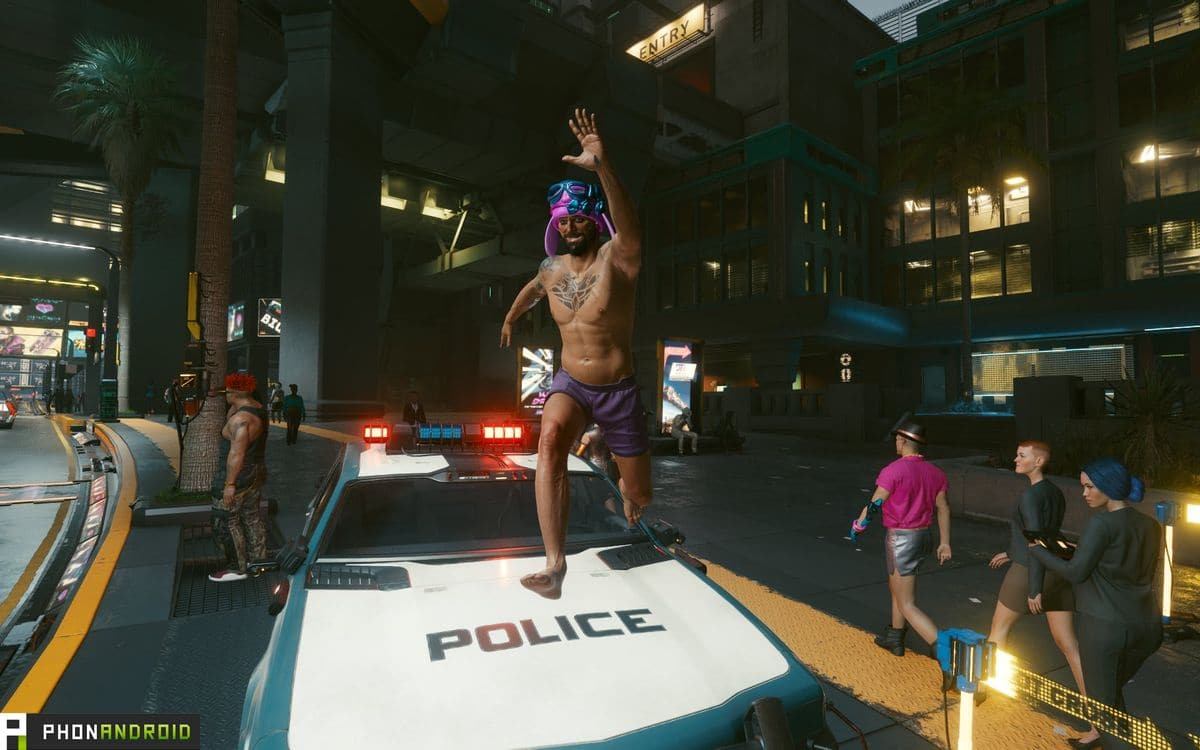 Importance is given here to the narration with a system of branches, drawers and decisions that have an impact not only on the course of the main scenario, but also about the options you are given to complete the missions, about the modifications and improvements that will be accessible to you, as well as the evolving open world. The game’s final trailer reveals all these details in a long video, in addition to emphasizing the universe.

On foot, by motorbike or by car, the player can explore the infamous streets of Night City, a sort of dystopian Los Angeles. The open world offered in the game consists of six districts with very different environments. Outside of the city, there is even a huge desert to explore.

Note that the title is violent and shows explicit sex scenes, which logically makes it a game prohibited for those under 18. 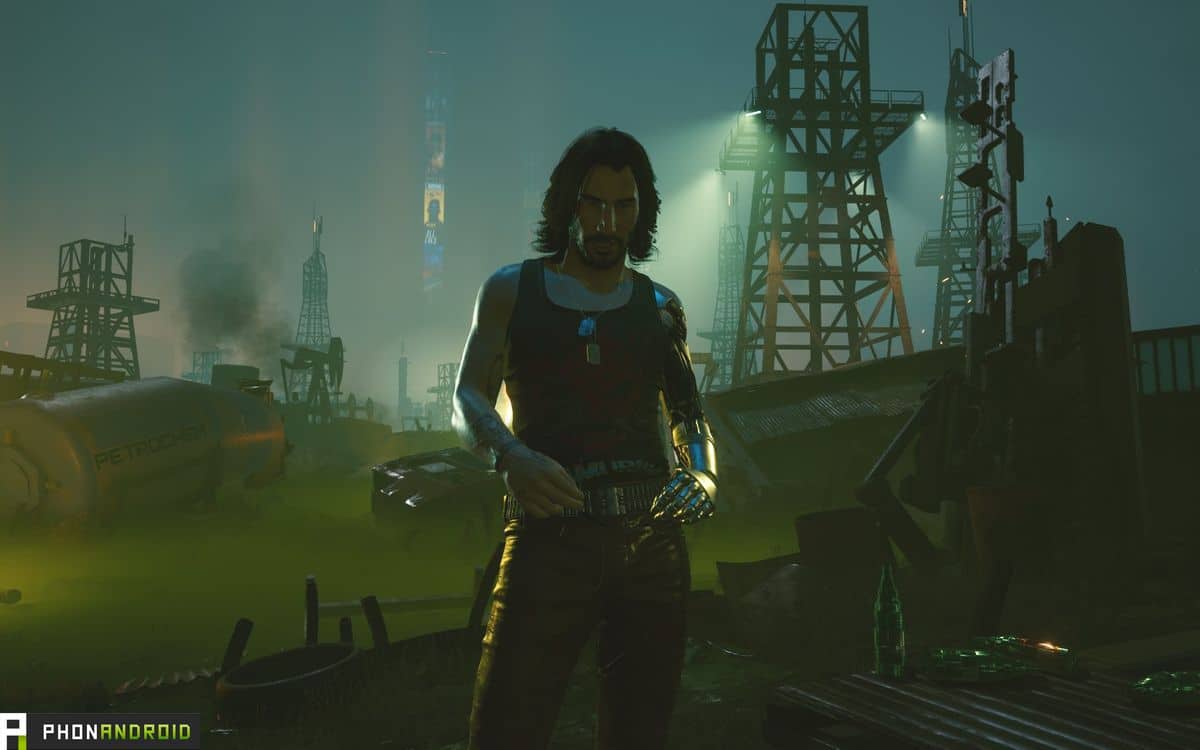 Cyberpunk 2077 was easily the most anticipated game of the past decade. It must be said that the promises of CD Projekt were enormous and the confidence placed after the masterpiece that was The Witcher 3. In December 2020, the game is finally released And here is the drama.

On PC, the bugs are legion and we clearly feel that we are playing a title that is still far from being finished. But that’s nothing compared to the cataclysmic version released on PS4 and Xbox One. On these consoles, Cyberpunk was simply unplayable, rarely exceeding 25 frames per second and offering questionable graphics.

Very quickly, the enthusiasm gave way to disappointment, then to anger among the players. They had been lied to. The image of CD Projekt, then so perfect, has been tarnished. She still is today. Cyberpunk’s state was so dire that the studio’s CEO was forced to apologize on video. Never seen.

Stories about the creation of the game came out very quickly and it quickly turned out that the development was hellish, with unrealistic deadlines and endless crunch. To top it off, Sony and Microsoft have decided to simply remove the game from their online sales platform. The humiliation was total. A completely failed release, therefore, which will mark the history of the media. A situation all the more damaging for CD Projekt that the game is good, beyond the technical problems.

A year later, things have settled down. CD Projekt has worked hard to correct the situation. If on PS4 and Xbox One, the title is still shameful (but now playable), the PC version is improving over the months. We are currently at version 1.3 of the title and browsing it today is quite enjoyable (despite still a few bugs). On Black Friday 2021, it even became one of Steam’s most popular games following a big promotion and the reviews are now positive. Even though Cyberpunk 2077 is forever tainted by its release, here it is out of the tumult.

In 2022, CD Projekt could give its game a second chance via version 1.5, named Samourai Edition. This would include many new features and would definitely fix bugs. It would become a good base to then release solo DLCs.

Get all… Pokemon board games

The three B’s of POCO Watch: good, nice and cheap