After a long wait, a few weeks ago, Apple announced that on September 24 of this year, the first episode of the Fundación series will be released, an adaptation of the novels by Isaac Asimov that will have a minimum of 80 episodes.

David S. Goyer, creator of this adaptation, has given an interview to Hollywood Reporter where he talks about the project complexity and the reasons why so far all adaptation attempts had failed, reasons that he classifies as 3.

The first is that history is supposed to span 1,000 years with all these massive time jumps, that’s hard to tell. It is certainly difficult to cap in a two or three hour film.

The second aspect is that the books are a bit anthological. You will have a couple of short stories in the first book with the main character Salvor Hardin, then you will skip a hundred years and there will be a different character.

The third thing is that they are not particularly exciting, they are books about ideas, about concepts. So much of the action happens off screen.

So without giving too much away, I figured out a way for some of the characters to extend their lifespan. About six characters will continue from station to station, from century to century. That way it becomes a half anthological, half continuous story.

With respect to budget that the series has, Goyer states:

It was a large budget. I’ll say this: On an hourly average, if you took two episodes and put them together, the budget is higher than some of the movies I’ve done.

Goyer said that advantage of a tv series about a movie is the extra time it allows.

If I did it as features, even if it was a trilogy of big features, that would be about nine hours. 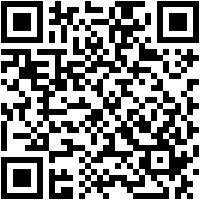 Can you save money by traveling? Check out these iPhone apps