Dell is celebrating, in virtual format, its annual event Dell Technologies Forum 2021, in which he has brought together his clients and partners, as well as different professionals from the ICT sector in Spain, to show them and offer them details about the technological solutions that they can provide to advance their digital transformation.

The Managing Director of Dell Technologies in Spain, Ricardo Labarga, has been in charge, by the hand of Mago More, to kick off the event, in a day that has also had the virtual presence of Michael Dell, Founder and CEO of Dell Technologies, who has sent a message to the event participants.

Ricardo Labarga has highlighted, on the challenges faced by companies in technological matters that «to the talking to CIOs we realize that a great majority have challenges on the table related to the modern workplace, multicloud reality, cybersecurity and cyber-recovery and native cloud applications linked to hyperconvergence«.

To offer solutions to these problems posed by CIOs in Spain, Dell Technologies has an Infrastructure as a Service (IaaS) platform. Is about APEX, with which different types of entities and organizations can streamline their processes with speed, simplicity and security. Additionally, Dell makes it easy to create an ecosystem of smart collaboration tools and devices for effective and secure communication between employees, no matter where they are, and the business.

On the other hand, the company points to data as a valuable tool to face the challenges posed. Thus, it emphasizes the need to learn to manage, protect and extract all its value so that the company can use the information in its favor.

Thus, for Labarga, «Many Spanish organizations are showing clear progress in their digital transformation processes, working fundamentally on three fronts: modernizing their IT infrastructures, their jobs and using analysis techniques that allow them to take advantage of the value of their data to generate new revenue and optimize your operations, as well as new tools to protect your information«.

In the opening session of the event they have participated, in addition to Maria José Talavera, General Director of VMware Iberia, several client companies in Spain of Dell Technologies, who have detailed real cases in which, each one starting from their own reality, they have used Dell solutions and products that have helped them put them into practice and improve their results.

The first company to share its experience with Dell Technologies was Sanitas, which explained that it needed to update its technological platform to streamline and streamline the services it offers. They also needed to reduce the complexity of their IT operations and hybridize their private cloud to also use the public cloud, while ensuring the protection of sensitive data. To achieve all this, at Sanitas they have decided to adopt Dell’s data storage, computing and data protection solutions, which have allowed the company to scale its digital solutions and services provided to its customers.

He then intervened VDC-Telefónica Tech, which has achieved thanks to Dell Technologies that all its remote offices spread over different countries can have the same backup and recovery solution, thanks to the implementation of Dell Technologies data protection, with frontend servers, Power Protect and Data Protection Advisor.

MGC Mutual, another of Dell Technologies’ client companies that participated in the event, in which some 2,000 people have registered, has renewed its workplace architecture to facilitate teleworking. For this, it has incorporated 150 Wise portable terminals, 150 Dell Latitude computers and two hosts in its two data processing centers for the core database solution. The company also highlights that by implementing Dell Technologies servers they have achieved an improvement in performance of about 40%.

Telefonica Tech He also talked about what Dell Technologies has brought to his Global Video Service, which required an evolution in its platform, from a three-layer model to a hyperconverged one capable of interacting with its technology, which is based on the public cloud. To achieve this, they deployed the VxRail hyperconverged solution from Dell Technologies on the platform, with which they have managed to simplify their infrastructure and storage deployment. Also an improvement in its efficiency.

Finally Abanca, which turned to Dell to achieve the highest possible efficiency, while hoping to achieve the best possible level of customer experience. To do so, they implemented a technological architecture based on software-defined data centers with hyperconvergence solutions from Dell. Just by creating and launching the first data center with hyperconverged systems, they have already managed to simplify IT operations, in addition to saving more than a million euros in CAPEX.

The data paradox: everyone wants it, and few use it for what they need it

The rresults of The Data Paradox report (The Data Paradox), made by Forrester Consulting for Dell, and which is based on a survey conducted among more than 4,000 directors and data strategy managers from organizations in more than 40 countries, including Spain. In a meeting held with the media, Ricardo Labarga highlighted the large number of executives who have been surveyed for the report.

Labarga has pointed out that although the majority of respondents believe that having data is vital to running a business, only 25% use them for this purpose. This is what he considers the first data paradox. Regarding the second, he pointed out that companies have and want more data than they can really manage. Finally, it points out that data as a service is growing, but despite this, companies are not adopting a model that allows them to draw conclusions from the data in order to use it for the business.

And it is that, although there is a general consensus that data is vital for companies, its exponential growth and variety is making it more of a burden than an opportunity, and it becomes overwhelming for technology, people and processes.

Thus, most companies say that they have objectives related to data, and a notable part of the respondents say that their companies are based on data. But they are also aware of the obstacles they have for these to become a profit for the business. These include skills gaps, data and business silos, manual processes, data privacy, and security weaknesses. 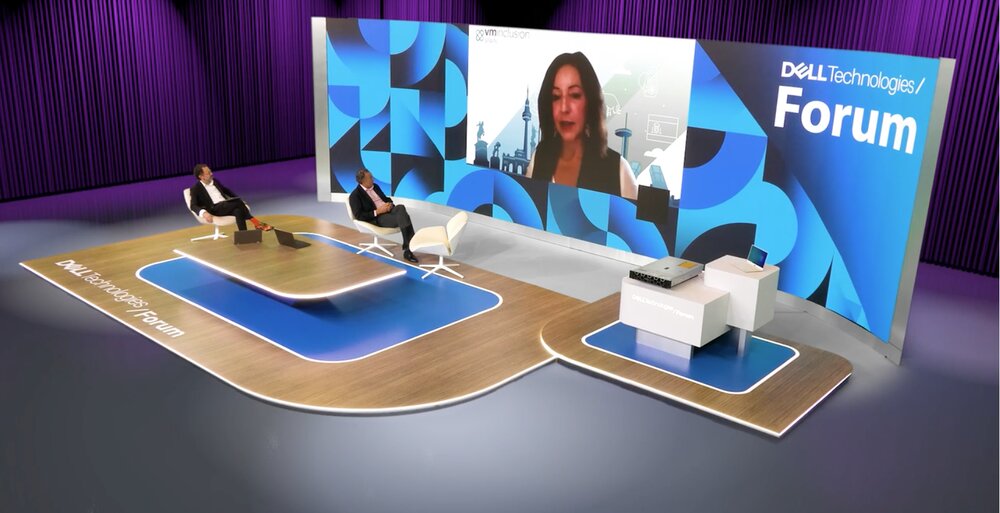 On the other hand, the concern for data management is increasingly noticeable in companies. Thus, in 2016 IT professionals ranked data overload and the inability to extract information from them in position 11 of the difficulties to advance in digital transformation. Four years later, this barrier was already at number three on the list.

63% of those surveyed in Spain, and 66% worldwide, assured that their business is based on data and that this is a vital element of their organization. But only 25% in Spain, and 21% in the rest of the world, treat data as capital and prioritize its use. Forrester also points out that 85% of Spanish companies, and 88% of those in the world, have to advance technology and processes related to data.

In another vein, the 70% of those surveyed say they collect more data than they can manage. But 62% of them in Spain point out that their company needs more data than they can get. This may be due to other data in the report, which reflects that 75% of those surveyed in Spain (67% worldwide) claim to store a remarkable amount of data in the data centers they own or control, which 78% of those responsible for data in Spain ensure that their management does not clearly support the company’s data and analytics strategy, and that 51% of those who responded to the survey say that their company is incorporating more data lakes before consolidating what you already have.

For this reason, 59% of Spanish professionals say they have such excess data that they cannot meet security and compliance requirements, and 61% say that their teams are overwhelmed by the amount of data they have to manage. Labarga, on this, points out that it is «worrying to see how companies are flooded with data but they are not able to extract from them the value that can help them to be more competitive. About half of Spanish professionals (46%) say that during the pandemic the data they now need to collect, store and analyze has multiplied. It is difficult to believe that these companies are going to know how to group this data and make it useful only by instinct. Becoming a data-driven business is a journey and you will need someone to guide you on that path.«.

What to do to get more out of your data

Only 16% of companies in Spain and 20% in the world have converted most of their applications and infrastructures to a model as a service. However, 53% of Spanish companies (63% of the world) believe that adopting an on-demand model would allow them greater agility, and 68% believe that this model is an opportunity to scale and adapt to the demands of their customers .

65% believe that companies could provision applications faster and easier, and 79% of companies say that companies are experiencing difficulties capturing, analyzing and managing data. This is due to storage costs, non-optimized storages, outdated IT infrastructure, and manual processes that do not meet business needs.

Despite the confusing terrain for companies in terms of data, 71% of Spanish companies plan to implement machine learning technologies to automate anomaly detection. Additionally, 57% are interested in adopting a data-as-a-service model and 6 ″ plan to improve their data lakes to optimize data processing and use.

Of course, according to the Forrester report, there are three ways to turn data into competitive advantage. The first is to modernize the IT infrastructure to manage the data where it is generated, and bring the infrastructure and applications closer to the data capture and analysis points. It also prevents its growth without control. In addition, it is also necessary to optimize the data pipelines, so that they flow freely and safely while they are treated using Artificial Intelligence technology. Finally, another advantage to turning data into a competitive advantage is the development of software to offer personalized and integrated experiences to customers.

Jose Manuel Petisco will be the new CEO of NetApp Iberia

Hubble the survivor concludes his year 2021 with a superb photo

Samsung Galaxy Tab A8, an inexpensive but capable tablet