At the end of last year we told you that Diablo IV was going to be an eternal game, and we explained what mechanics Blizzard was going to introduce to achieve it. In this sense, we saw that the new paragon model was going to play a very important role, and that was going to be completely redesigned in this new installment of the franchise.

The fact is that Diablo IV not only aspires to be “everlasting”, but is also making merits to become one of the biggest games of its genre. According to the latest information shared by Blizzard, Diablo IV will have more than 150 dungeons that the player can explore freely.

said dungeons they will not always be the samethey will change in each new route that we make thanks to the procedural generation system that the game will use, so that if we decide to focus on “farming” a dungeon, the task will be a little less repetitive.

Each dungeon will also have unique conditions that will have a notable impact on the player, such as their own weather conditions, which will also be totally dynamic, as well as their lighting effects and other exclusive elements of each dungeon that we can activate and take advantage of in specific situations.

“We approached the creation of Diablo IV’s environments through a darker, more grounded interpretation than previous installments. The “old masters” pillar gives us a lens to filter our art, considering the techniques used by classical painters such as Rembrandt, with their controlled use of detail. The ‘back to dark’ pillar is a crosscutting line in everything from dungeons to lighting, and embodies the idea that Sanctuary is a dark and dangerous medieval gothic world.”

In case someone does not understand what this means, I remind you that Rembrandt was one of the great masters of chiaroscuro., a painting technique that executes strong strong contrasts between volumes, some illuminated and others shadowed, to more effectively highlight some elements of the scene. Thanks to it, it was possible to create a kind of relief effect in paintings, and it had a very interesting evolution in the Baroque with Caravaggio, where led to what became known as “darkness”which noticeably exaggerated the contrast between light and shadow. 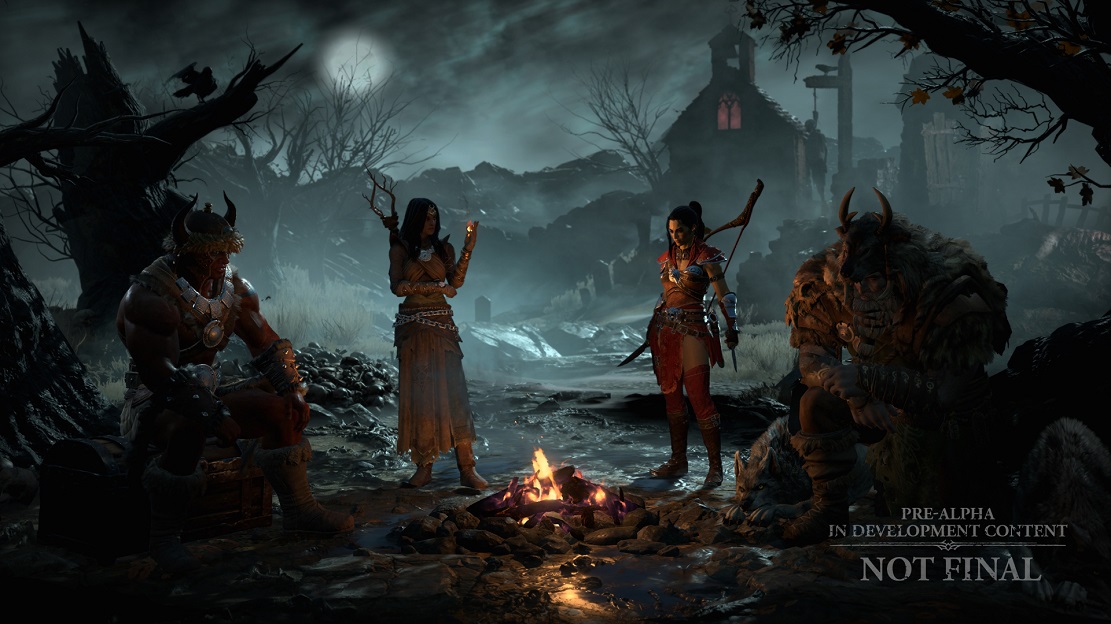 What requirements will Diablo IV have and when will it arrive?

These are two questions that we have been asking ourselves since its official presentation occurred, and unfortunately we do not have an answer since Blizzard has not released a pledge yet. However, it is clear that they are taking the development of this game in stride, and therefore still could easily be a couple of years away.

As for the requirements, these have not been confirmed yet, but I still think that they will be at the level of the estimate that we offered you a few years ago in this article, mainly for two main reasons. The first is that Diablo IV will be an intergenerational transition game, that is, it will come to both Xbox One and PS4, and also to PC and the new generation of consoles, so its requirements will be those of a game that part of the “old gen” hardware base.

On the other hand, the second reason is that those requirements that I gave you fit in with the requirements of Diablo II Resurrected, a game that has a very careful graphic section and that, from what I have seen so far in the videos that have been sharing Blizzard, doesn’t pale in comparison to Diablo IV.

Travel wherever you want with these real-time voice translators

Apple Watch SE 2022: discover the technical sheet and the price of the next connected watch