It was taking time, but Discord has finally joined the plethora of services with features that allow creators to monetize their content. And I recognize that if something I am surprised about this movement is that it took so long to occurFor some time now, those responsible for Discord have managed to place their service at the epicenter of the community of content creators and gaming, thanks, among other things, to its constant evolution and its rapid adaptation to the demands of its users. .

Better late than never, however, and although it is true that in recent months there has been a certain drop in the volume of content consumers, something that has been quite accused by the community of streamers, it is now that Discord will start testing subscriptions to its servers, as we can read on his own blog. A test that, in its first phase, will only reach a selection

«With Premium Memberships, community creators and owners will have the ability to put part or all of their server behind a paid subscription. This is one of the most requested features by creators and we are already seeing that many of our communities offer this type of experience through third parties«.

This is, effectively, something quite common on content creators’ Discord servers, to the point that there are multiple tools that allow it to be automated. Thus, in this way, servers like that of the comedian David Suárez have an area that can only be accessed by people who are either subscribers to his Twitch channel or who support him through Patreon:

This function, as stated in the blog, has been one of the most requested by content creators, so although the tests have not even begun, those responsible for Discord say that they have already received a lot of positive feedback about it. You can imagine that, barring surprises, these views will increase substantially as the test program expands and new servers begin to offer this feature.

It is important, yes, to clarify that we are talking about subscriptions to a specific server, Do not confuse this new function with Discord Nitro, which has already released part of the news that we talked about a few months ago, or with the possibility of improving the functions of a specific server through the boosts server. In this case, both the user and the server will maintain the same functions, but the user will be able to access private areas of the server, and the person responsible for it will receive part of the amount of the subscriptions.

We do not know at the moment, of course, how much of the amount of the subscriptions will go to those responsible for the servers and which part will remain Discord. And, although the images that accompany the blog post show three subscription levels, with prices of $ 4.99, $ 14.99, and $ 24.99We also do not know if those responsible for the servers will be able to adjust the number of levels and their price, something that is not possible on Twitch but on Patreon. 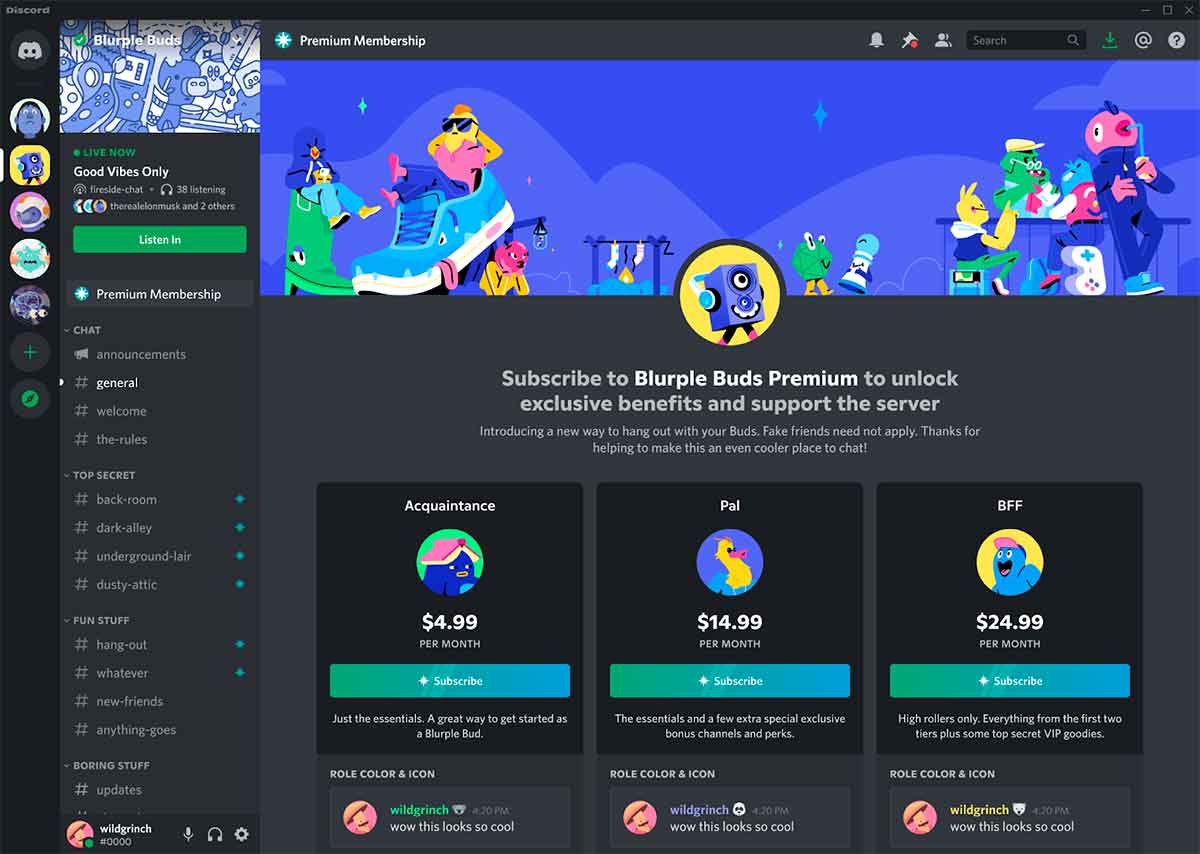 Too It will be necessary to check if Discord allows that the zones of the servers reserved for the subscribers They may also be accessible to users who have specific roles in them. In this way, creators who already have this function associated with third-party services, will be able to add monetization through Discord, allowing those users to access the same groups as those who support them in other ways.

We can imagine, yes, that except for unexpected problems, the deployment of this new function will be quite fastBoth because of the interest with which many communities seem to expect it, as well as because it also represents another way of monetization for Discord.

Hawkeye uses a Pixel 4 (and other curiosities)