Imagine that you are walking down the street and you find what appears to be a USB pen drive, or that you arrive home, open the mailbox and find a padded envelope with a USB drive inside, and you do not know its origin or sender. NEVER connect it to your PC to see what it contains, because it could be the well-known USB Killer that could literally destroy your PC.

It is not very common to run into one of the situations that we have just described, but you can believe us that it happens, or else we would not be talking about it. USB Killers became famous some time ago because they were capable of destroying a computer just by connecting them to a USB port, and in recent weeks it seems that their use has proliferated again.

What is a USB Killer and how does it work?

The well-known “USB Killer” is a USB drive that has been modified to generate an electrical surge that can damage or even destroy the hardware it is connected to. This unit basically commands the PC’s capacitors to rapidly charge and discharge repeatedly, something that will overload the hardware and eventually destroy it physically.

Essentially, a USB Killer works by supplying about 220 volts to an interface that is designed for 5V. Overcharging will not only destroy the USB port you plug it into, but also the connected hardware, starting of course with the computer’s motherboard. The concept of this device is quite similar to that of ethernetkillera network cable that supplied current and did practically the same thing.

Worst of all, these USB Killers are sold commercially under the name «USB Kill“, supposedly for “testing”, since the original concept of this device was to help hardware manufacturers and system administrators determine a device’s ability to withstand electrical voltage surges and electrostatic discharge. However, since its invention, this type of unit has not been used precisely for this, but rather for malicious users who intend to cause harm to other people (in this case, harm is that your PC crashes).

So that you can see what it is capable of, we leave you a demonstration video with several real experiences.

As you can see, this USB killer is capable of destroying desktop computers, laptops, mobile phones, televisions, consoles and even the electrical circuit of a car, so of course the damage it can cause is considerable.

How to protect yourself from these dangerous devices?

The first thing is that you must know how to recognize these devices with the naked eye. Nowadays USB pen drives are quite small, even the high capacity ones, and yet USB Killer drives are quite large (the image we have put above is a real image of the device). However, you could find it hidden with a plastic casing of any kind, so in short, the first thing you should be wary of is its size, although it is true that the latest revisions of this device are already quite small. 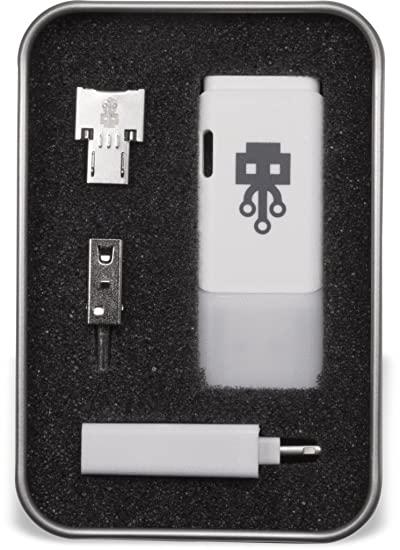 For this reason, basically what should prevail is your common sense, and as we told you at the beginning, be wary and never connect a pen drive that you find on the street or in your mailbox to your PC, since there are a high probability that you will find malicious content inside it in the best of cases, or that it is a USB Killer destined to damage your devices in the worst of them.

Protect yourself, you won’t be able to protect yourself from it: if you connect it to your PC or any other device, you can say goodbye to it.