Although this new version of software for Mac is also compatible with computers that are compatible with Monterey, with the exception of the MacBook Pro 2021, the truth is that it is more designed for those computers that no longer update. Therefore, the list of devices that especially benefit from it is this:

These are the devices that cannot update to Monterey and that were compatible with all versions of macOS Big Sur, including this latest version previously discussed. To find this download just go to System Preferences> Software Update, since the update will appear there ready for download and subsequent installation.

What this “latest” version of Big Sur brings

We put quotes that last because it really is not possible to know if it will be the last update. It is clear that Apple is now focused on versions of macOS 12 Monterey and that it will continue its way there, but it is not ruled out that the company will launch some other future update for these Mac that are left out.

The reason that Apple might do that in the future is the same as why it released this ’11 .6.1 ‘yesterday and it’s basically fix security issues, making Macs better able to deal with possible malware and covering vulnerabilities that had been detected in previous versions. Of course, Apple did not specify in detail what these security problems consisted of, at least at the time of writing this article.

Be that as it may, if you are a user of any of the aforementioned Mac, it is recommended that you update as soon as possible to ensure that your Mac is one hundred percent correct. In fact, even if it is not compatible with Monterey, it is assumed that these security patches will be the same as those incorporated in that version, so in the end you will not be able to enjoy the news of the new version, but if you will benefit from these effects thanks to macOS 11.6.1. 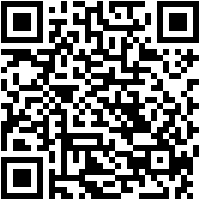 The TOP of basketball games you can find on Mac

The new iPad Air might not be perfect because of Samsung

Official event for Macs, Apple Watch Series 7 and much more. Best of the week on I’m from Mac