Who is going to refuse to win game performance for free and easily? Well, surely no one, but this is what is happening with most current platforms with the new RTX 3000. In this case NVIDIA has been behind AMD, but has reacted quickly and the motherboard manufacturers have also moved quickly to provide a large number of models with the ability to move a greater number of textures in less time.

Article Index
NVIDIA Resizable BAR, where does this technology come from?
Requirements for ReBAR on any platform
How can we activate ReBAR if we have an AMD platform?

NVIDIA Resizable BAR, where does this technology come from?

As expected by NVIDIA, the modification of the BAR technology was long overdue, but even more so for AMD users, since the company has been selective when it comes to prioritizing platforms.

Initially, NVIDIA partnered with Intel to release the necessary BIOS updates to support this technology, while they themselves released updates for their GPUs through firmware upgrades. But to understand why so much trouble and update we have to know where this ReBAR technology comes from.

ReBar or Resizable BAR is nothing more than the adaptation by NVIDIA of the BAR technology that came out with the version PCIe 3.1. BAR is the acronym for Base Address Register and it allows two very specific things through said PCIe bus:

Depending on the PCIe version specification, a device can have up to six 32-bit BARs or combine two BARs into one 64-bit BAR. But like everything, BAR has a series of questions that must be clarified to understand how it works:

Ultimately, NVIDIA and AMD took the BAR technology and adapted it to their GPUs and drivers, which is why each one has named it as they wanted (Resizable BAR for NVIDIA and SAM for AMD). The result is an increase in performance in compatible games because the much discussed Gamecaché or RAMcaché is stopped with the system’s RAM memory and now the CPU is accessed directly to search for information.

Requirements for ReBAR on any platform

Like everything, NVIDIA sets some requirements and instructions to follow to ensure that we will not have problems on any of the supported platforms:

Regarding processors, motherboards or chipsets, NVIDIA currently has the following enabled: 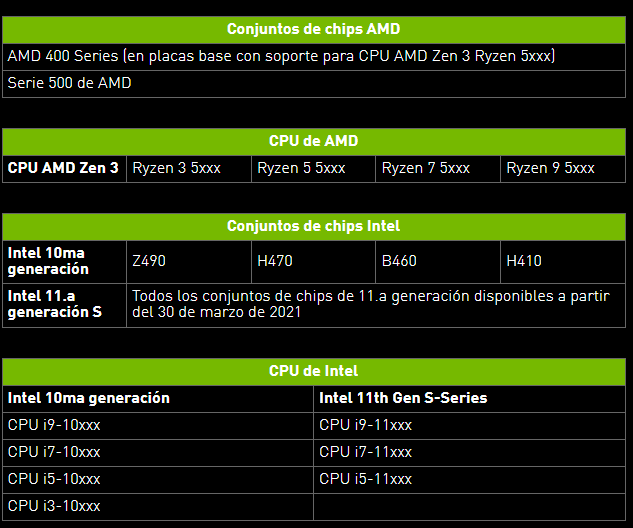 To all these processors and chipsets we must ultimately add the Intel Z370 and Z390 platforms, as well as Intel’s 8th and 9th generation processors. But what about games? Well, the list at the moment is not too big, but it will be reviewed and new titles will be added. 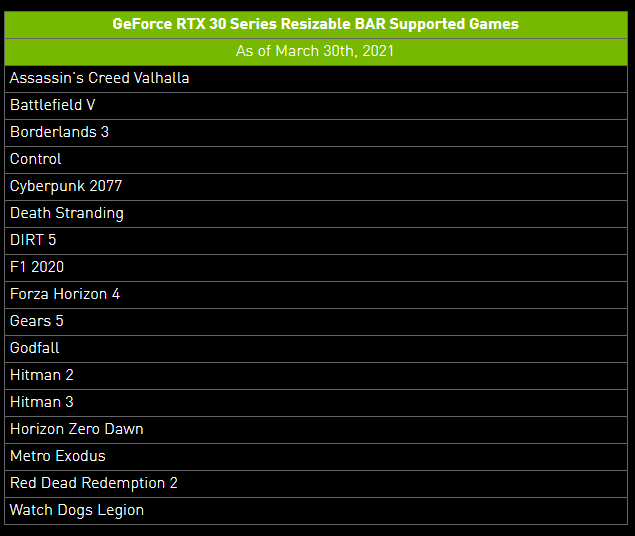 How can we activate ReBAR if we have an AMD platform? 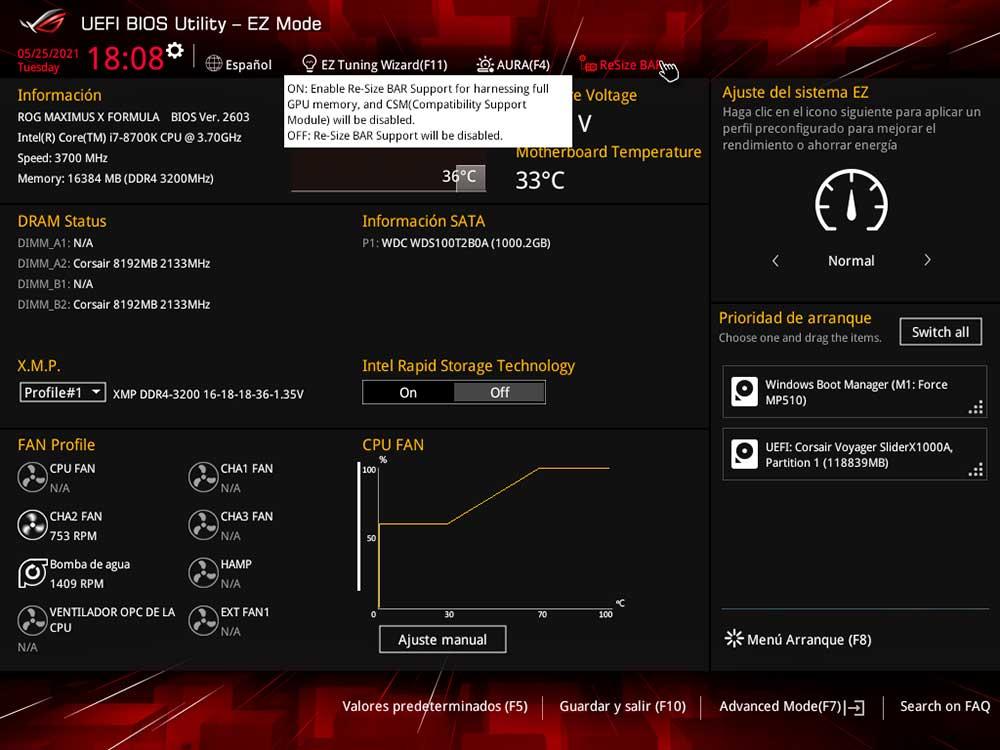 We will only have to enter the BIOS, where in our case we have the ASUS Maximus X Formula and the X570 E-Gaming to show the examples. If we are in EZ mode, what we will see will be something the same or similar to what is shown in the image above, where in that case we will go to the top and click on Resizable BAR.

After that we will see a simple button that will tell us if we want to activate or deactivate it, we will give it to ON. Another more common method is to enter the Boot menu and activate Above 4G Decoding, since they are the same parameter. 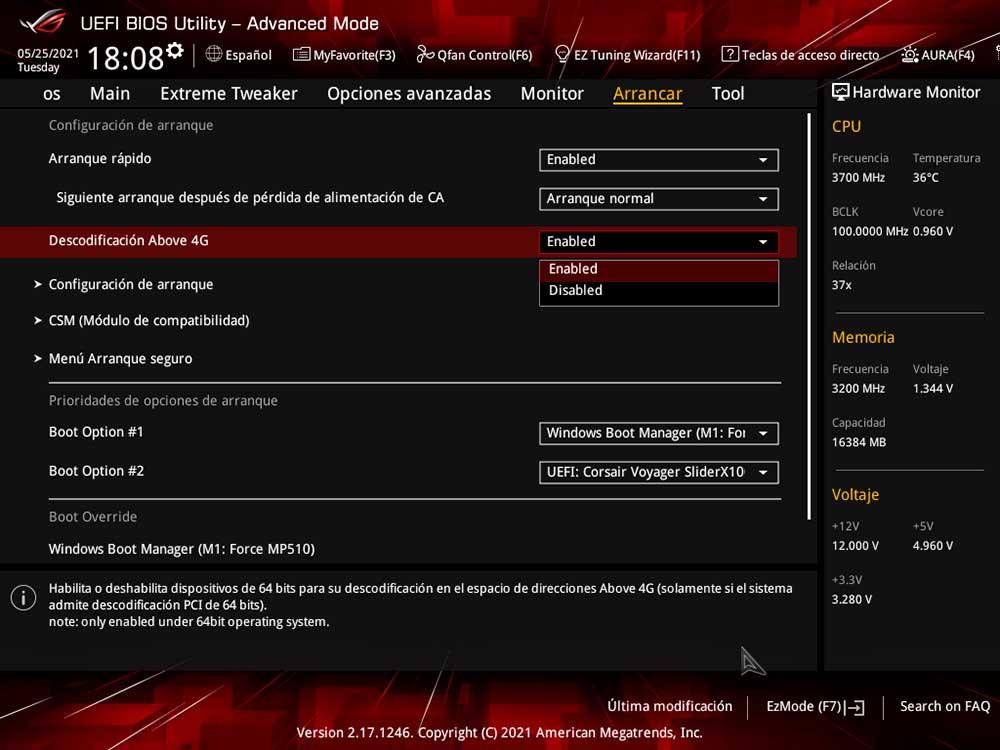 In each motherboard manufacturer it will be different to activate this option, but almost all have it well visible so as not to be investigating after it, so it should not cost us too much work. After activating the corresponding option, all that remains is to save the BIOS parameters by pressing (as a general rule) F10 and accepting said saving, after which the PC will restart and return to Windows.

There you just have to make sure through the NVIDIA control panel that we have ReBAR activated, as shown in the image: 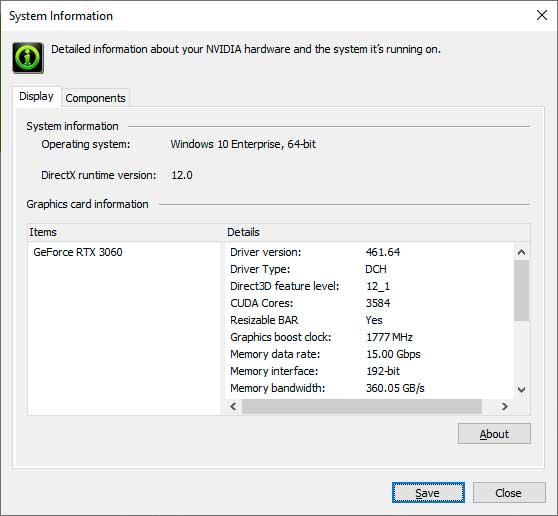 If it says “Yes” then everything has gone as it should. As we can see, it is a fairly simple process that really has more to know if we meet the requirements than in the process of activating ReBAR in AMD.

Microsoft gets tough on Windows 11: goodbye to these AMD and Intel CPUs