Although we always focus on the issue of risers for gaming, it is true that there are other very different uses for having to acquire one of these models, although in most cases a lower one is enough and according to the data we have seen in previous months it seems that not there is performance difference when using PCIe 3.0 or PCIe 4.0.

Why then use a PCIe 4.0 riser with the extra cost it carries?

As we say, if it is not for gaming, it is more than likely that with one based on quality PCIe 3.0 we will have enough. But a “new” technology has changed the paradigm of the video game sector and at the same time of the Riser.

We are talking about Resizable BAR, through which now the processor, memory and VRAM do not have simultaneous access limitation and can exchange textures without them being in 256 MB packages. So, now as we say they have free access and that means that the latest engines are implementing the corresponding improvements so that much heavier texture packs are transferred between them.

We are talking about nanoseconds between exchanges of VRAM and GPU, so being able to have available bandwidth with VRAM is very important from the RAM of the system, and here is the advantage of using a PCIe 4.0 riser, especially if we play at high resolutions and with a large number of filters.

The best PCIe 4.0 risers on the market

Having explained this, you are surely wondering which are the most complete models, the ones that can give us the best returns and the safest. Here we must clarify that there are currently few models compared to the PCIe 3.0 that have more time, but luckily the number is increasing, especially those that are high-end.

So let’s get to know them more thoroughly. 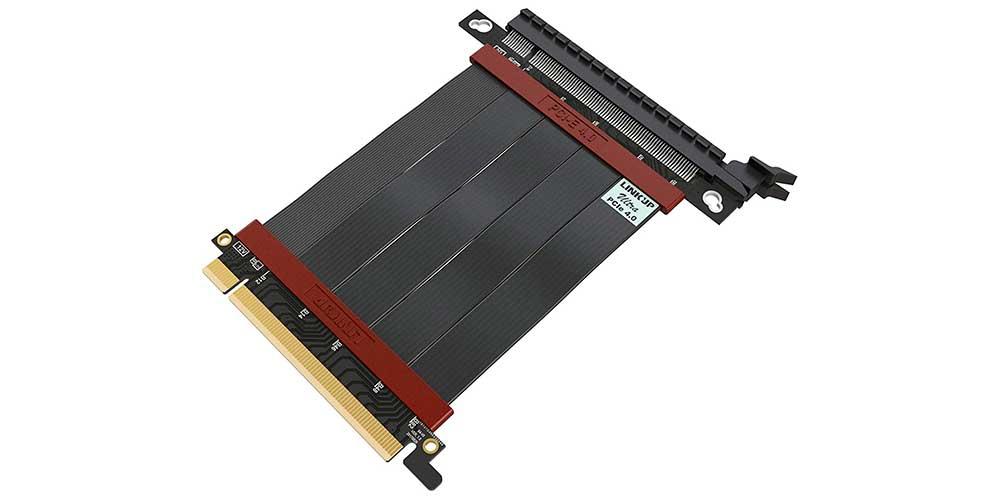 We are talking about one of those risers that are extremely compact, perfect for ITX equipment where every millimeter is vital. Obviously it supports PCIe 4.0 and this includes all NVIDIA RTX 3000 GPUs and AMD RX 6000 GPUs.

The brand certifies more than 64 GB / s bidirectional in PCIe 4.0 x16, so the performance is guaranteed without a doubt. This is possible because it is designed with a maximum impedance of only 0.85 ohm for GPUs or NVMe.

LinkUp guarantees a single closed and individual path for each group of lines, thus avoiding external EMI / RFI and interference between channels, something that often generates errors and causes BSODs in PCs or unexpected crashes.

Its length is only 10 cm, it has a safety lock and chassis anchors. 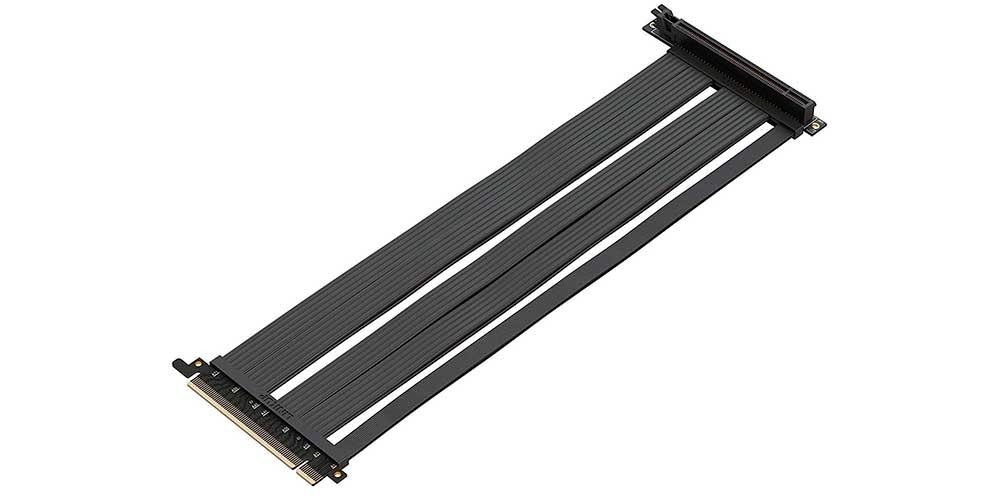 With this riser we are talking about what is possibly the best on the market rotated 90º, which will facilitate installation in many chassis. Its connectors are made of 24 carat gold, guaranteeing the best signal delivery. The brand also guarantees more than 64 GB / s bidirectional thanks to the double layer design with ground connection, where in addition the lines are separated to improve the temperature of the cables.

It logically has EMI / RFI shielding, the power cables are 28AWG thanks to a 4-layer PCB. 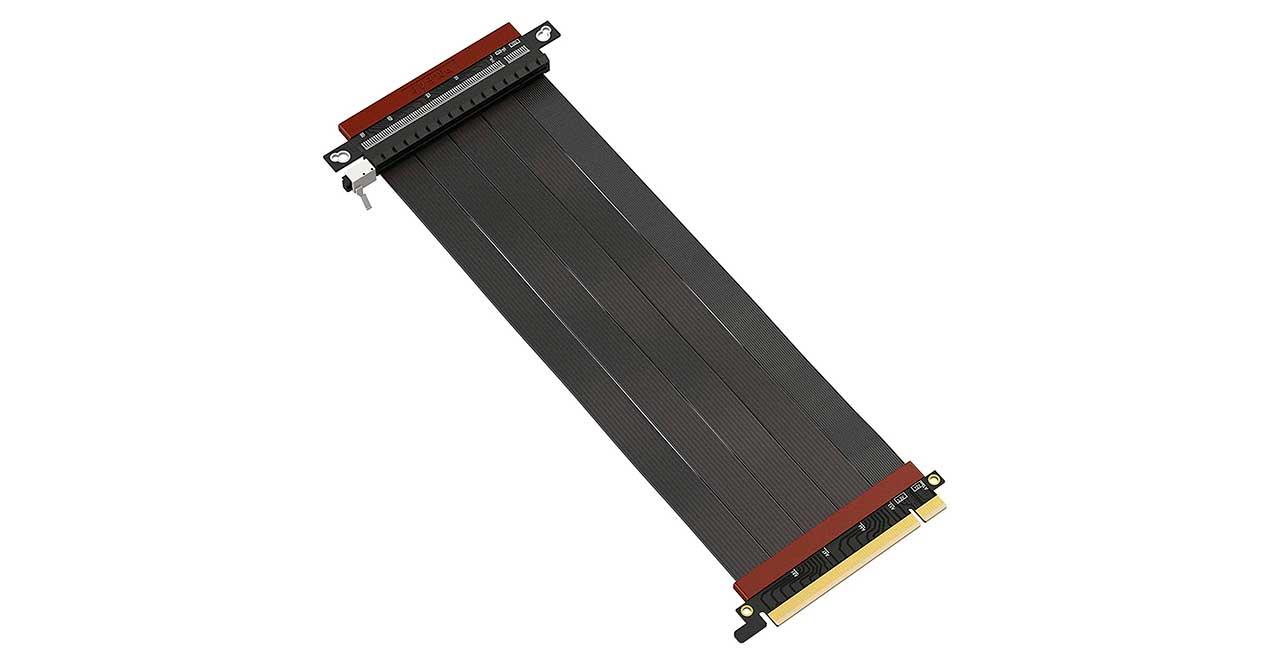 This riser has the peculiarity that it is a so-called Double reverse, so that it can be “forced” at angles from the slot for almost impossible assemblies, especially in ITX boxes. It has been tested with the NVIDIA RTX 3000 and RX 6000 guaranteeing all its bandwidth.

Due to its particularity, the manufacturer does not recommend using screws, because it can force the anchoring of the PCIe or move the riser, an important detail to avoid problems.

Of course it integrates cables and connectors with impedance of 0.85 ohm, EMI / RFI shielding. 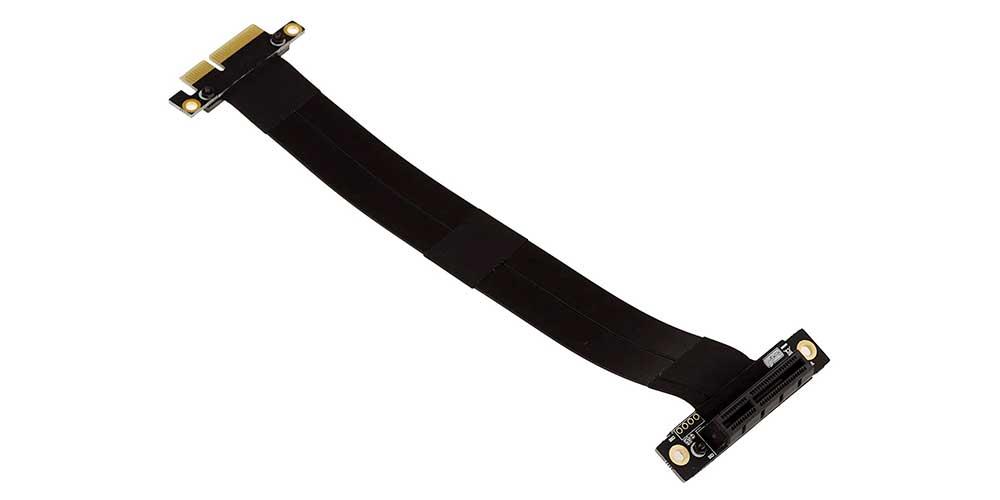 We are talking about a high quality x4 riser that is logically compatible with PCIe 3.0 and PCIe 4.0. The part of the card is a printed circuit that allows you to install it at 90º from the horizontal axis. Said PCB has high quality solder points, where in addition the connectors are gold plated, which allows to offer the best signal.

As expected, it includes EMI / EFI shielding for each lane. It is 23 cm long, more than enough for any normal box. 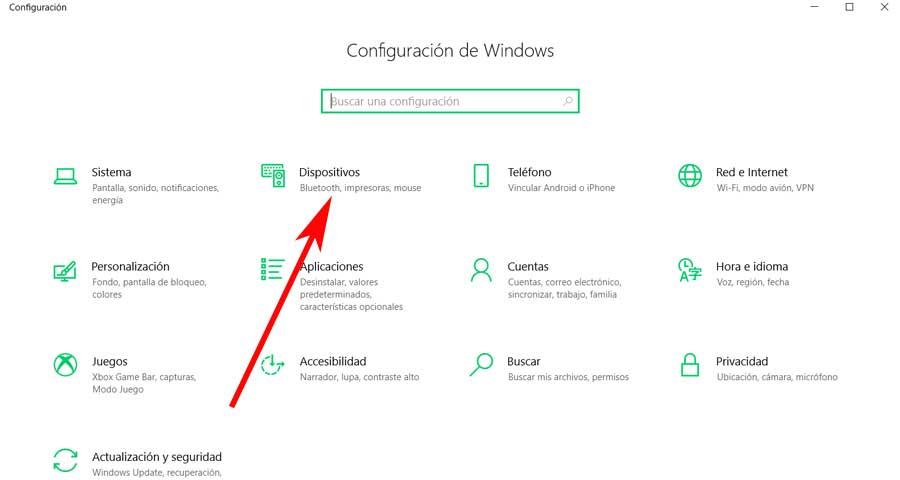 A cheap RGB mechanical keyboard with Outemu switch, this is the Krom Kasic