It is the cheap and simple option, for all audiences and with a more than decent performance. In fact, it far exceeds the two options that EPIC gives us despite having two fewer cores and thus 4 fewer execution threads to its credit. It has no E-Cores, which means it’s a pure traditional-style processor with just P-Coreswhich will reach a maximum frequency of 4.3GHz. It does not have an integrated graphics card, so to play we will logically need a GPU. If this processor falls short because in addition to playing we perform intensive tasks such as rendering or streaming, we can opt for its older brother i5-12400F, much faster in these sections and only a little faster in gaming.

We are going for a more than capable motherboard with the current mid-range chipset that lacks nothing and above all, we have DDR4 and not the current expensive DDR5. For Fortnite this motherboard is more than enough, but we have selected this model for its durability and general quality, because in motherboards you always have to go a little further if your pocket allows it. It contains an HDMI and DisplayPort that in this case will not be useful to us because we do not have iGPU. What we do have is three USB 3.2 Gen 1, one USB 3.2 Gen 2 type A and one more type C, Wi-Fi 6, Realtek 7.1 sound, memory support DDR4-5333MHz and two 3-pin lighting connectors among many other general features.

A more than interesting model for an adjusted price with which we will not lack anything and we will be able to get the most out of this CPU even in its unlocked power mode that will increase its performance.

We have talked about these memories so many times that there is not much to say about their characteristics as such. What we will emphasize is that we have not selected the 3,600 MHz modules because we intend to stay within the official BMI limit, but these faster memories could be installed in most processors, managing to scratch some FPS. At the same time we also warn that it could lead to touch voltages to stabilize them, since it depends on the quality of the IMC they will support said speed without problems or with manual adjustments.

Here comes the most controversial section of all without a doubt, mainly because the prices still do not accompany. Fortnite is not a game that demands a lot from the PC, but it does from the graphics card and for that reason we have to pay for it. This RTX 3060 Ti is the most optimal in the price/performance ratio, since it is faster than the GPUs that EPIC asks for, it has the same 8GB VRAM but faster, the dissipation system is very competitive and works silently and consumption does not skyrocket.

It is a new generation SSD within the MP600 range of the famous manufacturer where its main quality is precisely the speed that it integrates with 7,100 MB/s read and 6,800 MB in sequential writing. It’s the version of 500GB which we consider sufficient and the best in performance/capacity/price, but you can opt for the 1TB or even 2TB version if you need more available space, we will pay more nonetheless.

We continue with CORSAIR as the TOP manufacturer that it is and in power supplies it was not going to be less. This PSU gets certified 80 PLUS GOLD that without being a guarantee of higher quality, it is a guarantee of efficiency and therefore we already have that assured. 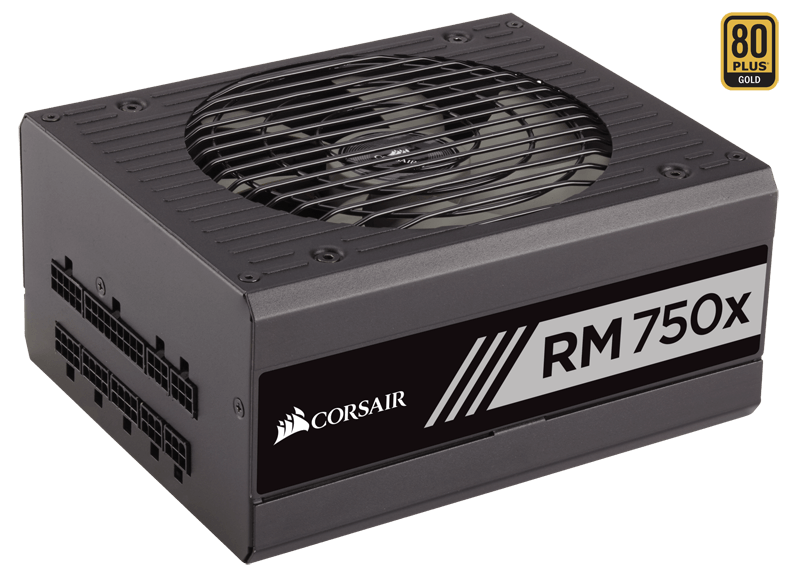 It is a totally modular model that responds to a power of 750 watts that will allow us not only to achieve the maximum degree of said energy efficiency with the consequent saving of electricity at home, but also to be prepared for graphics cards of higher ranges, as long as their consumption does not exceed 450 watts, so there is room.

It is a chassis that is at an incredible price and that we cannot pass up because although it is a very sober box without RGB, it includes two SP120 fans and better quality than its rivals for the same price. It is a medium-sized tower, quite compact but with good cooling that can be easily upgraded and will quickly appreciate the temperature of your components. Your window is tempered glassits design is minimalistclean, assembly is simple thanks to its perfectly prepared holes, it has cable routing and extensive expansion options.

For this price it is if not the best in its segment, it is in the top 3 without a doubt. There is an Airflow version with a mesh front that improves cooling even more, but the price goes up quite a bit, as well as a white version that is also a little more expensive.

And so far the PC that we have designed for Fortnite, very complete and within what we can expect as the best performance to play it from 1080p to 4K.

How does the conductivity of the thermal pads affect their performance?